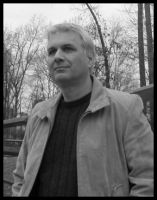 T. Rafael Cimino (born Todd Rafael Cimino, June 4th, 1963 Wayne, NJ, USA) is an American novelist and screenwriter. He grew up in Key Largo, Florida in the Florida Keys, attending the Island Christian School in Islamorada, Florida where he graduated from in 1981. He then attended the University of Florida and the Florida Atlantic University where he graduated with a Master’s degree in Naval Architecture. While in South Florida, Cimino was heavily involved in water sports, including offshore powerboat racing. In 1982, Cimino became the youngest competitor to win the coveted APBA (American Powerboat Association) Offshore U. S. National Championship. He later won numerous National and World Championships.

Cimino is the son of Peter Cimino and the nephew of American film writer/ director Michael Cimino. He has one daughter, Stephanie Cimino, born in 1987. In April 2010 he married long time girlfriend, Bulgarian prima ballerina, Svetlina Kiryakova.

With his experience in ocean powerboat racing, Cimino was hired as the Marine Director for the 1983 feature motion picture “Spring Break” which was filmed on location in Fort Lauderdale, Florida. He went on to join television producer/ director John Nicolella and the production team as a marine director for the 1984 television series “Miami Vice” where he was given the opportunity to write as an adjunct contributor.

Cimino’s career in film continued with his contributions to the feature projects, “Lost in Translation”, “A love Song for Bobby Long,” and “The Other Boleyn Girl” where he developed a script style and character arcs for “A list” actress Scarlett Johansson.

In 2006 Cimino was given the opportunity to contribute to the television series “Studio 60 on the Sunset Strip” which was created by Arron Sorkin. Cimino continued until the series was cancelled by NBC in May of 2007.

In 2009 Cimino signed a five year agreement with Akula Films to produce his novel Table 21 as a feature motion picture. Cimino is also affiliated with Miramax Films, Nu Image/ Millennium Films and the Nu Boyana Film Studios in Sofia, Bulgaria.

In 2004 Cimino joined the American Civil Liberties Union (ACLU) where he serves as an executive member. In 2008 he joined the Democratic campaign to elect Barack Obama President of the United States. It was here that he served as a member of the campaign’s subcommittee for healthcare policy development. In 2010 Cimino, along with a series of Hollywood “A listers,” founded the PendulumPost.com, a political debate and policy blog.

When did you first start writing?
I wrote some articles when I was in High School for our local paper in the Florida Keys. In 1992 I started my first novel, "Mid Ocean" and didn't finish it until 2009 when the book was finally published.
What's the story behind your latest book?
George Jung (Subject of the film "Blow") and I decided in 2012 to write a book that detailed some of his extraordinary smuggling adventures. "Heavy" was released this last summer to mixed reviews. The storyline follows four drug smugglers, led by Jung, as they escape a Cuban prison, steal a sailing yacht and end up stranded in Central America. From there, the crew acquires the identities of four DEA agents and enact a plan to steal from the very cartels they had once worked for - all in an attempt to make it back home to the Untied States..
Read more of this interview. 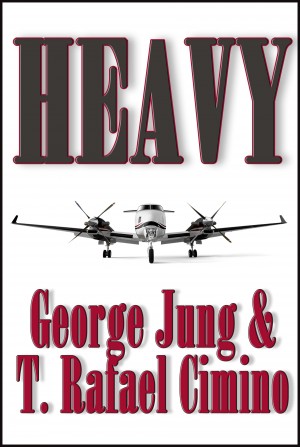 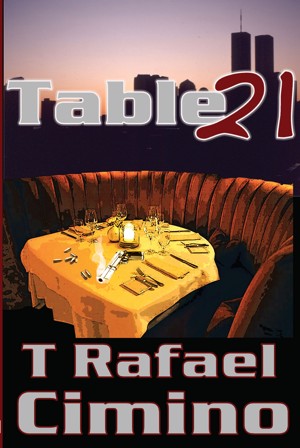 Table 21 by T. Rafael Cimino
Price: $2.99 USD. Words: 65,330. Language: English. Published: June 21, 2011. Categories: Fiction » Mystery & detective » General
Every restaurant has an owner's table... This one runs the city. It’s New York City, December 1999. As one Millennium ends and another begins, an erratic chain of events unfolds that could change the face of the Italian Mafia forever. In the turmoil, a vacuum is created when one family falls, creating an unprecedented void of power and a subsequent struggle for control of the underworld. 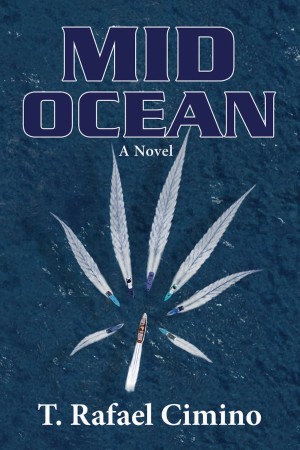 You have subscribed to alerts for T. Rafael Cimino.

You have been added to T. Rafael Cimino's favorite list.

You can also sign-up to receive email notifications whenever T. Rafael Cimino releases a new book.