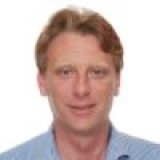 TS Flynn grew up in an Irish academic family in an English sea side town where "Every day was like Sunday"; migrated to Australia in 1993 and has worked in Afghanistan, Mozambique, the Solomon Islands, South Africa and Indonesia for Government, humanitarian organisations and academia.

What's the story behind your latest book?
This book represents the first installment of a planned trilogy and my hero, ‘John Turner Flinn’ dropped into my lap one blistering Christmas holiday in Alice Springs. The heat precluded doing anything but watching videos and my partner and I became engrossed by a TV gangster series set in 1920’s Sydney. My girlfriend had mentioned before that her granddad was a notorious gangster in roaring twenties Melbourne and a quick Trove search confirmed this as fact.
We decided to dig further into earlier generations and rapidly uncovered a colorful array of London thieves, swing rioters, ships’ captains, a Chinese gold miner and many wayward women in her family tree. I then turned my attention, to my son’s family tree and, since his mother is also a sixth generation Australian, a similar array soon emerged.
I became a bit jealous as research into my own tree yielded a faceless collection of Lancashire men and women who were publicans, coal miners, enlisted soldiers, cotton and silk weavers and railway men. The earliest ancestors I could find were economic refugees from the Irish potato famine of 1847. As in many Irish families, I grew up with the belief that I was the heir apparent to dispossessed Celtic royalty but I could find no tangible evidence to support this view. In contrast to the detailed documentation available for both sets of my in-laws, all I could do was relay family legends of a High Court Judge, a French Marchioness, George Formby, Sir Joshua Reynolds and Kate Beckinsale who were supposed to be eagerly waiting to claim kinship with me. After Christmas, we returned to Darwin and the oppressive humidity of a ‘build-up’ that didn’t end until Easter and the ancestor hunt became a bit of an obsession.
The Top End weather does funny things to people and I recall a drunken ‘phone conversation with my dad in England in which I lamented the lack of substance to our family tree. Jealousy led to a series of jokes based on the theme of ‘checking my change’ and ‘watching my pockets,’ that weren’t funny, to begin with, and rapidly, became less so, as that humid Darwin summer dragged on. The response went from polite smiles to a statement that ‘probably a lot of my relatives were also sent here in chains’ and the candid advice that ‘for the good of my health,’ I stop ‘acting superior and taking the piss.’ I conceded the wisdom of this advice and decided to have a look at the long list of ‘Flynn’s’ who had been transported and see if any might be relatives and the first ‘Flynn’ I had a look at on a convict history website, became the hero of this novel, John Turner Flinn.
Flinn’s convict conduct record was unusual as it revealed a ‘lifer’ who had been a commissioned officer in the Royal Navy and was, therefore, a ‘gentleman.’ There was an enigmatic reference to the ‘Regiment’, which is an army rather than naval term, so I ‘Googled’ further. My search showed that his case was included in the ‘Newgate Calendar’, which indicated that it was big news in the 1840’s, so I followed the link and found that Flinn had given evidence for the defense at the trial of Queen Caroline for adultery in 1820. I was a bit sketchy in my recollection of Caroline’s trial, but upon refreshing my memory of Regency history via Wikipedia, was struck by the parallels to the British Establishment’s attempted crucifixion by media of a more recent ‘People’s Princess’.
A perusal of Flinn’s testimony at Caroline’s trial revealed that Flinn admitted that he had operated as a ‘spook’ in 1814 and Google provided references to his employment as an Admiralty Board Agent in Edinburgh. This was a euphemism for British intelligence gatherers at the time, so I’m sure that people would have looked at John Flinn in the same manner that they look at me when I tell people that I used to work for AusAID. There were also articles about his receiving a commission for gallantry from Lord Nelson, saving Launceston from burning to the ground and participation, with Sir Sydney Smith, in a fake funeral for a Neapolitan bandit. Sir Sydney was the equivalent of James Bond’s ‘M’ at the time. Then, the coup de grace, Google revealed that there were rumors that Flinn’s wife, Edwardina Kent was the daughter of Queen Caroline and the Prince Regent, which after the Regent’s death would make our hero’s wife the legitimate Queen of England.

In short, a story you couldn't make up.
What motivated you to become an indie author?
I have often been advised to ‘write a book’ when describing my work travels to ‘sandy places’ to suburbanites, but I had always interpreted this as ‘change the subject Flynny; you’re becoming boring’. I read Bernard Cornwell’s advice to authors that one should attempt to produce a book that people would want to read after a hard day at work rather than create ‘great literature’ and I began to consider that even with my accountant’s imagination, I couldn’t mess up the delivery of material like this too much. An economic downturn in the Northern Territory gave me sufficient ‘leisure time’ to produce a first execrable draft and I sent a copy to an old mate from school, Brian Fillis who is a great screenwriter, for comment. I anticipated tactful advice from Brian that ‘I shouldn’t give up my day job’ but he was actually enthusiastic about the project and encouraged me to continue.
The villain also selected himself, John Giles Price might be the Australian version of the ‘Sheriff of Nottingham’ and the basis of Marcus Clarke’s Maurice Frere, but I have a personal score to settle with the bastard. Shortly after the end of this first novel’s time span, John Giles Price’s command of Norfolk Island began. Norfolk Island was established to punish convicts who had committed further transgressions in the colony and my partner’s ancestor, Tommy Brewster was sent there in 1850 for committing a petty theft in Hobart, after being given a seven-year sentence at the Old Bailey for pinching a cannonball from Woolwich Arsenal. Poor Tommy endured brutal torture there because John Giles Price had, like Adolph Hitler, an irrational hatred of smokers and it appears that poor Tommy could not give up the ‘baccy’. Giles Price had the poor bugger flogged and confined in solitary repeatedly for possession of tobacco. Persecution from Tommy’s great granddaughter about my similar addiction led me to ponder the intergenerational consequences of John Giles-Price’s bastardry. I also reckon that in Marcus Clarke’s time, censorship would have prevented a full description of Giles-Price’s depravity, which was clearly psychosexual in nature, so I hope that my story helps to kick his memory to pieces.
I have found that literature tends to make characters like governors and judges either omnipotent beings or well-meaning idiots who wander around handing out happy endings on a random basis. I have tried to portray the Governor, The Chief Magistrate and the Colonial Auditor as fundamentally decent and intelligent blokes who face the unpalatable task of implementing flawed policy in far-flung places. Experience in my own career means that I can readily relate to the problems they encountered.
Richard Jones, the Irish rebel and Alexander Simpson, the refractory former Jamaican slave, are also based on real people, as are most of the other minor characters, many of whom are ‘blood relatives ‘or ‘in-laws’. Most of the characters in this book existed and were knocking about Tasmania during the period. You can read about the Kings, Queens, Governors, Judges, senior bureaucrats, Chief Magistrates and famous bushrangers in books written by much better historians and writers than me. You can tell the real characters as I’ve attempted to include links to contemporary records. I made District Constable John Simmons, ‘Mike Symons’ because I couldn’t find anything about John, other than he must have been a good bloke as the worthy citizens gave him a very nice testimonial dinner when he eventually retired as Chief Constable of Tasmania in 1857. The reason for this was that Eardley-Wilmot, Daft Jackie, Giles-Price, and Flinn were all ‘Johns’ and it was getting confusing. In addition, Sergeant McMahon did not exist, one of my ancestors had the same name but he was following the colors in India at the time. In addition, I have no evidence that Mary Ann Reynolds and Mary Ann Smith was the same person. However, Mary Ann was from our village in Lancashire and my great grandmother was a ‘Reynolds’ so she was probably a relative and I do hope the poor woman found a measure of happiness after her miserable start in the colony.
‘Uncle Henry’ was one of my relatives and I’m confident of that because Neacy is such a rare name. I couldn’t find out what happened to Constables Agar and Thomas after they received their free pardons. I would like to say they returned home, renounced a life of crime and spent the rest of their lives teaching Sunday school and singing in the church choir. Somehow, I doubt this and I’m prepared to bet that their descendants are happily hiding out on the ‘Costa del Crime’ in Spain or are sitting in London investment banks creaming off PFI deals. However, I simply don’t know. The rest of his story, I’ve made up, it’s a novel, not a history book, but I do hope Flinn pulled a blonde nymphomaniac who owned a pub.
I did not think that I would finish writing this book until I read about Richard Jones and his struggles and had a duty to finish.
Read more of this interview.

Where to find TS Flynn online

The Regiment by TS Flynn
A planned trilogy that encompasses the progression of transported felon, John Turner Flinn through the various stages of the Tasmanian penal system of the 1840’s and is based upon actual records and newspaper articles from the time. 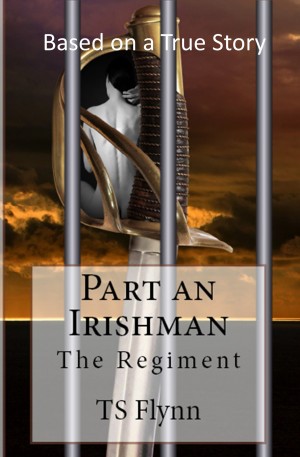 Part an Irish Man The Regiment by TS Flynn
Series: The Regiment. Price: $8.99 USD. Words: 75,230. Language: Australian English. Published: July 17, 2016. Categories: Fiction » Historical » Australia & New Zealand, Nonfiction » History » Military
You think you’ve had a bad day? 4 October 1843 Van Diemen’s Land; a British Prison Colony: Sir John Turner Flinn used to be a navy intelligence officer but at the age of fifty he’s been sentenced to transportation beyond the seas for the term of his natural life. How can he retain the respect of his sons and restore his honor?

You have subscribed to alerts for TS Flynn.

You have been added to TS Flynn's favorite list.

You can also sign-up to receive email notifications whenever TS Flynn releases a new book.