Terry Ganey is a best-selling author, free-lance writer and a dogged pursuer of facts. As a journalist for the St. Louis Post-Dispatch, he was a finalist for the Pulitzer Prize in investigative reporting.

--"Innocent Blood, a True Story of Obsession and Serial Murder," recounts the horrifying saga of Charles Hatcher, a serial killer who roamed the United States, randomly picking his victims. "I kill on impulse," Hatcher said. "It's an uncontrollable urge that builds and builds over a period of weeks until I have to kill. It doesn't matter if the victims are men, women or children. Whoever is around is in trouble." He killed sixteen people, three of them children. In one case, an innocent man was sent to prison for one of Hatcher's crimes. A courageous FBI agent risked his career to reverse the injustice, freeing the innocent man while putting the serial killer in prison. The Library Journal called the story “a gripping tale of murder, pursuit, and justice.”

--"Under the Influence, the Unauthorized Story of the Anheuser-Busch Dynasty," (with Peter Hernon) chronicles five generations of a family that once controlled the largest brewing company in the world. The Kings of Beer had everything they could want: power, wealth and fame. But they experienced every tragedy a family could fear: fatal accidents, homicides and drug overdoses. Business Week described the book as a “Dallas-sized saga of sex scandals, family feuds, and a closetful of other skeletons.” Dan Okrent, author of "Last Call, the Rise and Fall of Prohibition," said "Under the Influence" is "unquestionably the finest book on the American beer industry."

Ganey was also the collaborating writer with Sen. Claire McCaskill on her memoir, "Plenty Ladylike." Published by Simon and Schuster, "Plenty Ladylike" is the candid and inspiring story of how Claire McCaskill embraced her ambition, survived sexist slings and outsmarted her political enemies to become the first woman elected to the U.S. Senate from Missouri. Claire McCaskill's story includes a frank discussion of the uphill battle females faced at the time when she first entered politics. It also advises women on how to think strategically when running for public office.

A former Associated Press correspondent, Ganey was the chief of the state capital bureau of the St. Louis Post-Dispatch when his disclosures of Missouri’s Second Injury Fund scandal helped send seven men to federal prison and produced $1.6 million in restitution for the state.

In 2003, he covered U.S. Army operations in Iraq and recounted the chaos that had enveloped Baghdad. In his other journalistic assignments, he has been the projects editor of the Columbia Daily Tribune, and the St. Louis editor of the Gateway Journalism Review, a quarterly magazine devoted to covering the media in the Midwest.

He and his wife, Judy, live in Columbia, Missouri.

Where to find Terry Ganey online 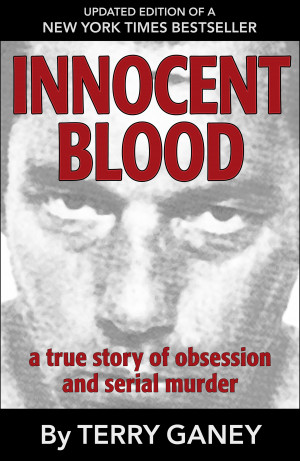 Innocent Blood: A True Story of Obsession and Serial Murder by Terry Ganey
Price: $2.99 USD. Words: 86,540. Language: English. Published: January 4, 2017. Categories: Nonfiction » True Crime » Murder, Nonfiction » Biography » Criminals & outlaws
"Innocent Blood" is the true story of the dark the career of psychopath Charles Hatcher, a serial killer who murdered 16 people during a nomadic life of crime. It also recounts the tragedy that took place in St. Joseph, Missouri, where an innocent man was hounded by police and went to prison for one of Hatcher's crimes. A courageous FBI agent risked his career to end Hatcher's reign of terror 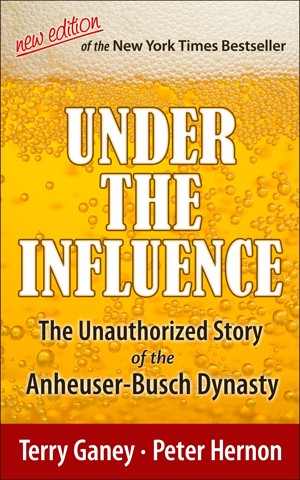 Under the Influence, New Edition of the Unauthorized Story of the Anheuser-Busch Dynasty by Terry Ganey
Price: $4.99 USD. Words: 174,480. Language: English. Published: October 29, 2012. Categories: Nonfiction » Biography » Business biography, Nonfiction » History » American
"Under the Influence" is the compellingly readable and completely unauthorized saga of the Busch family and the Anheuser-Busch brewery it controlled for more than a century. This New York Times best seller is the first book to tell the whole story behind the All-American red, white and blue logo--an amazing tale of opportunism unbridled power, family conflict, sex scandals and violent death.

You have subscribed to alerts for Terry Ganey.

You have been added to Terry Ganey's favorite list.

You can also sign-up to receive email notifications whenever Terry Ganey releases a new book.