A Message from Alexander Ulysses Thor: The Book of Tomorrows EBooks on this site will be available FOR FREE until I finish writing my epic trilogy, which has taken me much longer than I intended. I am presently working on Volume Three: The Prophet Warrior and expect to finish it soon, so I can complete Volume One, Part Three: Evening Dawn Future Tomorrow.
Growing up in a small town in New Jersey, Alexander Ulysses Thor developed a strong thirst for knowledge at an early age. He moved to California at the turn of the century to chase down his dreams of Hollywood stardom with a screenplay contract offer for $200,000.00 he couldn’t refuse. Finding himself frustrated with the vagaries of Tinsel Town gamesmanship, Alexander went back to his first love of writing novels. After experiencing an epiphany of purpose, Alexander finally realized his reason for being. He was born to use the awesome power of the Written Word found in the pages of A Good Story to expose the Hypocrisy of Truth spreading out from living in a Disinformation Age. Born in the early Sixties, Alexander has witnessed the most progressive decades of change since the Industrial Revolution modernized the world with mechanical wonders. It gives him a unique perspective and the proper mindset to take on such an ambitious, potentially controversial project as The Book of Tomorrows.

Is it true that The Book of Tomorrows is a trilogy in which each book can stand on its own without having read the other books in the trilogy?
Yes, it most definitely can. Set in different time periods, each book can stand alone as a separate novel, which readers may enjoy on their own or altogether. Spanning over 175 years, the trilogy begins at the end of the story in 2190, starting with the first two parts of Book One: Forever Tomorrow, while saving part three until end of the third book. All three parts of book one are appropriate for readers of all ages, while Book Two: I, Messiah and Book Three: The Prophet Warrior are written for more mature readers, who can pass them down to their children when old enough to understand.
Why did you publish The World According to CHAD as a prelude?
It is an important history lesson that doesn’t distort facts in favor of traditional belief systems and deserves its place in the record books, along with my New Constitution—a declaration of equality that truly applies to all. I believe people may use it one day to educate knowledge seekers of all ages.
Read more of this interview.

Our God Part: A Mission Statement Prologue
Something to ponder for when you see after dark the written words in the pages of the Book of Tomorrows telling how Eden's Fall will come soon if we don't start living smart or else be doomed to die stupid.

The Book of Tomorrows by Alexander Ulysses Thor

The World According to CHAD
Price: Free!

Bright Night Past Yesterday: Book One of The Book of Tomorrows
Price: Free! 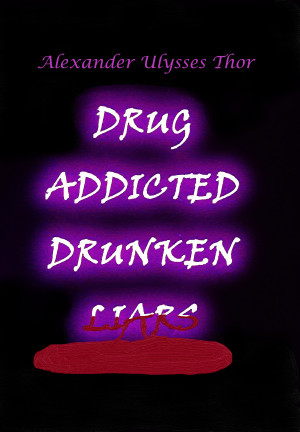 Drug Addicted Drunken Liars by Alexander Ulysses Thor
Price: Free! Words: 31,440. Language: English. Published: August 16, 2018. Categories: Fiction » Thriller & suspense » Psychological thriller, Fiction » Erotica » Action/Adventure
Drug Addicted Drunken Liars is Pure Pulp. It tells the story of one man’s slow decent into madness spurned on by revengeful hatred, and one woman’s rise from the depths of abusive addictions at the hands of a psychotic ex-husband, all culminating with a desperate last stand during a daring drug store robbery on New Year’s Eve. Loosely based on an actual drug store heist. 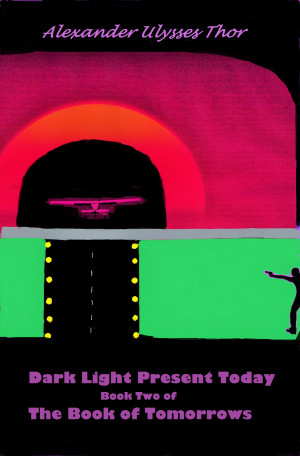 Dark Light Present Today: Book Two of The Book of Tomorrows by Alexander Ulysses Thor
Series: The Book of Tomorrows. Price: Free! Words: 67,990. Language: English. Published: April 1, 2014. Categories: Fiction » Science fiction » Utopias & dystopias, Fiction » Adventure » Action
Dark Light Present Today: Book Two of Forever Tomorrow picks up where Book One left off with the aftermath of the explosive ending now shining a dark light on those closest to the heir of The Prophet Warrior. Forced to defend his friends from those opposed to change, the heir has to find a way to prove their innocence, while preventing others from discovering his own fateful destiny. 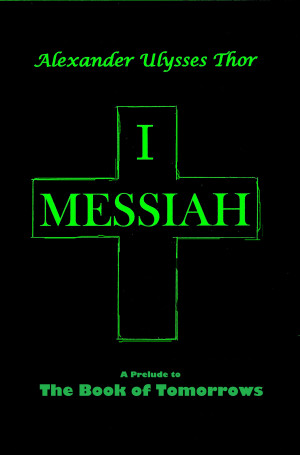 I, Messiah by Alexander Ulysses Thor
Series: The Book of Tomorrows. Price: Free! Words: 117,890. Language: English. Published: April 1, 2014. Categories: Fiction » Science fiction » Hard sci-fi, Fiction » Adventure » Action
I, Messiah is the timely tale of the end of civilization as we know it. A prelude to the epic, futuristic trilogy The Book of Tomorrows. I, Messiah tells the story of The Author of The Book of Tomorrows set against the backdrop of a world going to hell amidst Presidential assassinations, far reaching conspiracies coming to fruition, and brave sacrifices to prevent the inevitable. 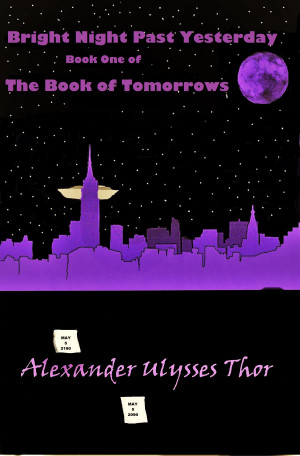 In 2190, a New America celebrates its first centennial, marking the time when a wandering rogue turned into a Prophet Warrior rebuilt the battle-scarred country on principles he found in the pages of The Book of Tomorrows, but a hereditary link to a young couple reveals a dark conspiracy that forces them on a fateful journey through the past to save their future tomorrow. 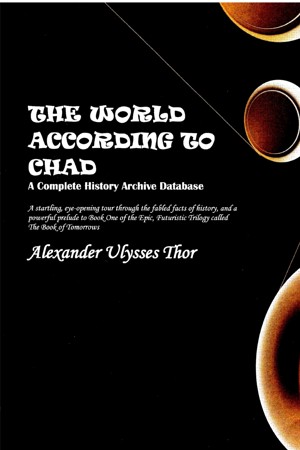 The World According to CHAD by Alexander Ulysses Thor
Series: The Book of Tomorrows. Price: Free! Words: 20,270. Language: English. Published: August 28, 2013. Categories: Fiction » Science fiction » Adventure, Fiction » Fantasy » Historical
2190 New America-Michael meets Eve for the first time through a Selected Breeding Program. They fall in love at a museum after joining some school kids on a computer guided history tour being given by an animated old man, who links the legends of literature to the recorded facts of our fabled past. But hidden dark secrets force the couple on a journey through the past to save their future tomorrow

You have subscribed to alerts for Alexander Ulysses Thor.

You have been added to Alexander Ulysses Thor's favorite list.

You can also sign-up to receive email notifications whenever Alexander Ulysses Thor releases a new book.