If we create our own reality then you may find mine within the words of my writing. If art reflects life then shouldn't it contain joy and grief, gain and loss, good and evil?
All those hidden depths we do not like on show, those parts of ourselves usually hidden away far from public sight.
Real art is sometimes obscene, Art is sometimes confusing, obtuse and obscure but it must also be full of light and happiness, great insight or intrguing puzzles; it must show us a way to look at ourselves more fully and understand what we see with greater clarity.

Over the years and years of my life I have put to paper what has moved me, what has opened my eyes, what has shocked me to the very core and what it is to be me. I was a very lost soul for much of those dark days, months and years and tried to shine a light into the darkness with artifacts of oblivion; still today my consciousness drifts between the fluid and fixed, the focused and obscure. I

t is open like the books I have created, Let's face it, I am no Dickens or Shakesphere,. But considering I was virtually illiterate when I left secondary education I've not done too bad.

It did not stop the pen from scribbling, not making much sense at times, and over time (with careful editing) a careful line has been drawn from 15 to 59. Give it a go, you may find the growth and progression stimulating; all it may cost is time.

You have said you were virtually illiterate when you left school; how has this held you back as a writer?
Let's be clear, because of bullying and the lack of interesting stimulus at secondary school I did not attend. I squatted in an old house with two girls instead. This severely diminished my ability to seek and be accepted in further education. How sad, I hear you say, but no, I have celebrated this ever since. Because I was not conditioned by secondary school to obey, to not think critically. Because my creativity and analytic skills were not squashed by the 'work ethic' and conformity via peer pressure and other tactics of the state I am able to step out of this fake reality that we are programmed to accept and look at it critically.
Educating myself, through a love of non-fiction, I have discovered that university gradates I have come across during my interactions with state agencies, not all, seem to have a very narrow view of reality. Their spelling is atrocious and their ability to think critically totally dumbed down.
I'm not the first person to find that today's educational system focuses on memorizing statistics and repeating them back. This leads to lack of communicating skills, diminished enthusiasm, atrophy of the Peneal gland (a brain gland that opens our intuition and psychic abilities), lack of creativity and diminished CRITICAL THINKING.
Combine this with daily doses of fear relayed through the media every day and debt slavery from mortgages and tuition fees what if created?
It leads to a dumbed down population who haven't time to evaluate the crap fed to them via the media or the ability to think of a creative way to change things. We really are in an Orwellian nightmare which I foresee will lead to a third world war to cull the population and then create a fascist system. You don't believe me, well, it's written in stone in a lonely field in Georgia; USA.
So was I affected by the lack of secondary education, yes I was, and thank God. The views just expressed were not a result of internet conspiracy theories (which have become vastly popular in the 21st century due to mass disillusionment and greater psychic awareness), no, If you read my first book 'Before, Now and After' which was written when I was 15 years old; all these revelations were apparent to me back then. It was clumsily written and the spelling was bad, so I have revisited the text since, but the actual story remains unchanged essentially; it was that obvious back then. Secondary and further education would have conditioned that creative analysis out of my brain and I would not have been able to join the dots and step back to see the big picture.
When you're not writing, how do you spend your time?
I have to be INSPIRED to write. I've tried sitting there and forcing it but that does not work with me. I may not write a thing for a month and then a dream, a chance snippet of gossip, anything can get my brain milling over. Then I write my plan, normally in one or two hours, the whole story in little bits and pieces will come out. I will spend a few days thinking about the characters (starting with the main and then working out the others) and then the work begins. Once I have the plan I basically have the whole story and just need to write it in a narrative form. Editing is my most hated chore because I'm not good at it and I will revisit something sometime after I thought it was all as good as it could be and notice a spelling mistake. That pisses me off.
Read more of this interview. 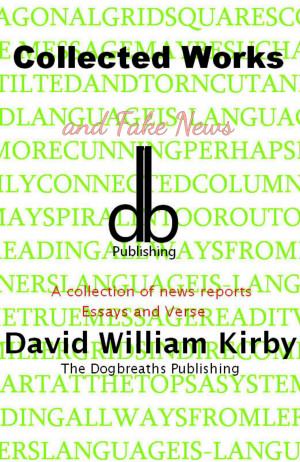 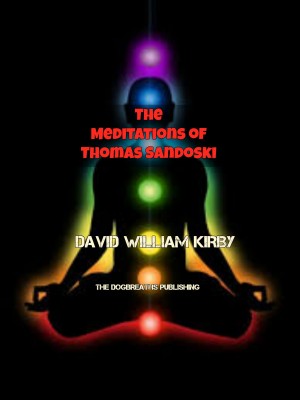 The Meditations of Thomas Sandoski by David William Kirby
Price: $4.99 USD. Words: 56,210. Language: English. Published: December 4, 2015. Categories: Fiction » Adventure » General
A man lies dying in a Warsaw sewer having been shot during the Ghetto Uprising. He remembers how angels were revealed to him and how he let them work through his consciousness to defeat darkness. A story about two star-crossed lovers, and their families, who suffer at the hands of evil men but never lose their ability to give and receive love. 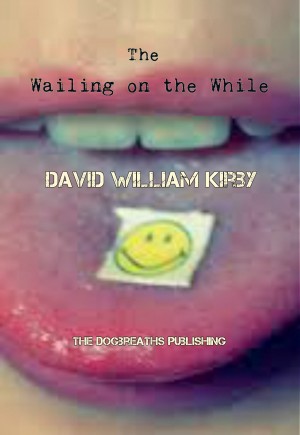 The Wailing on the While by David William Kirby
Price: Free! Words: 79,820. Language: English. Published: August 18, 2015. Categories: Fiction » Young adult or teen » Drama
Three school kids, two girls and a boy, run away from violence at home and school only to find the world a much more dangerous place. A nostalgic view of 1970's Essex, where the reader is transported into an alternate reality; giddy with sexual excess and tension. Sex, LSD and Jimi Hendrix provide the backdrop to this kitchen-sink drama; an adult story every teenager should read. 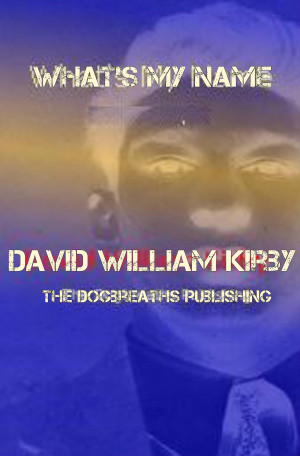 What's My Name by David William Kirby
You set the price! Words: 18,010. Language: English. Published: October 28, 2014. Categories: Fiction » Mystery & detective » Short Stories
A mysterious man is discovered wanderiing through the streets dirty and confused. He finds himself in police custody and begins a journey through a legal system which confounds and abuses him. Any one of us could be remanded for 'Medical reports' and shut away behind bars without support or advice. This short story exposes a system which can suck you in and NEVER spit you out again. 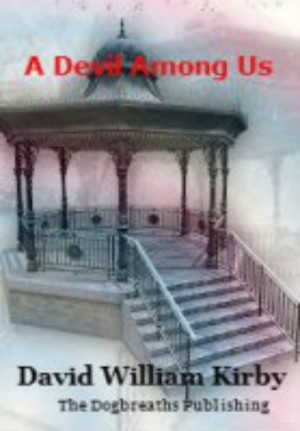 A Devil Among Us by David William Kirby
You set the price! Words: 20,640. Language: English. Published: September 13, 2014. Categories: Plays » European / English, Irish, Scottish, Welsh
A man is released from prison having been wrongly convicted and tries to make sense of the past. Only one woman, a probation officer, actually believes he may be innocent. 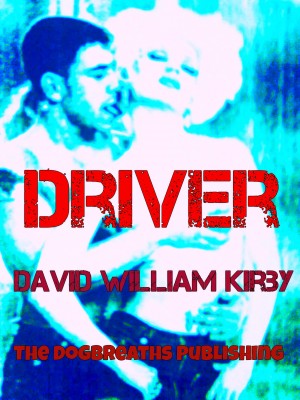 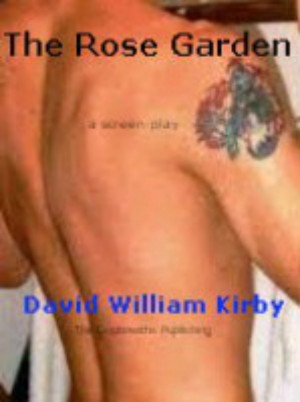 The Rose Garden by David William Kirby
Price: Free! Words: 23,820. Language: English. Published: July 17, 2014. Categories: Screenplays » Drama
The story of a man who changes his life only to find his choices are questoned. 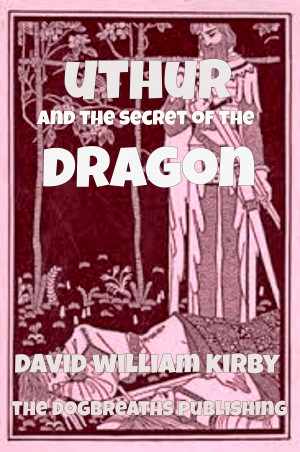 Uther and the Secret of the Dragon by David William Kirby
Price: Free! Words: 44,460. Language: English. Published: June 25, 2014. Categories: Screenplays » History
A screen-play set in the neolithic period following a boy and his guardian's magical education and enlightenment. 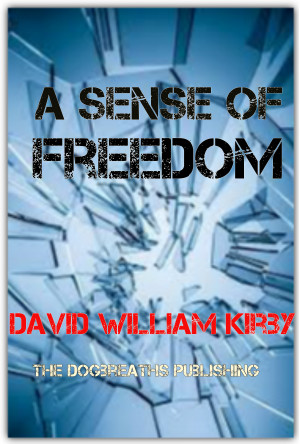 The true story of a single mother's descent into criminality. They say crime doesn't pay and this certainly underlines that statement. A disillusioned policeman investigates a series of unusual crimes and questions his job in the process. Who's the real criminal, the single mother who steals to feed her kids or the society that creates abject poverty. 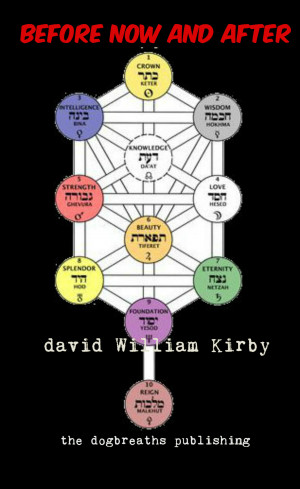 Before Now and After by David William Kirby
Price: Free! Words: 67,620. Language: English. Published: April 8, 2014. Categories: Fiction » Historical » Classical Greece & Rome
This author's first book written when he was just 15 years old, The story relates the history of the mythical 'Tetragramatton' (The supposed true name of GOD translated as Yehova in the King James Bible). Set in three distinct sections the narrative begins on a mythical island, then onto Imperial Rome, through history to modern times and way into the deadly future. 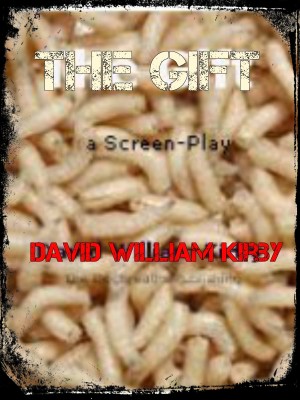 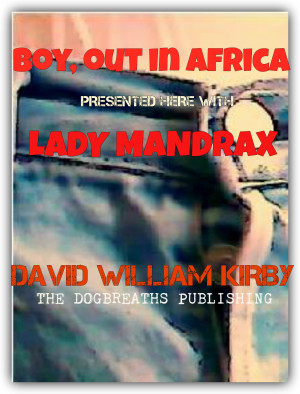 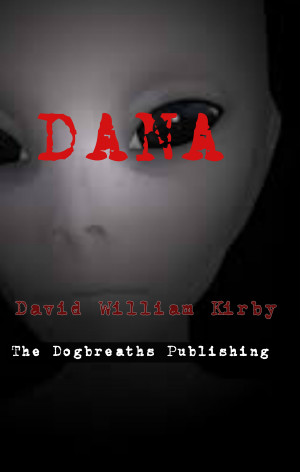 Dana by David William Kirby
You set the price! Words: 66,370. Language: English. Published: April 8, 2014. Categories: Fiction » Science fiction » Adventure
Brenda Sullivan is a woman with a history which she does not discuss. As she approaches her forties, lonely and childless, she thinks her life will never amount to much. She has an amazing story to tell but no-one to tell it to and thinks no-one would believe her anyway. Then a chance meeting on a train changes her life forever. 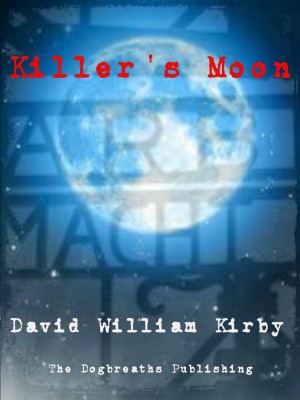 Killers Moon by David William Kirby
You set the price! Words: 88,410. Language: English. Published: April 8, 2014. Categories: Fiction » Historical » General
A woman's life, from her teens in a Nazi death camp to her later work as a killer for Mossad. Focusing on her romance with another inmate who she meets unexpectedly later in life this story reveals how fate seems to have a path set for us all.

You have subscribed to alerts for David William Kirby.

You have been added to David William Kirby's favorite list.

You can also sign-up to receive email notifications whenever David William Kirby releases a new book.