Ken Rossignol spins the tales of a wife and husband detective team who thwart the efforts of killers to create murder and mayhem on the Sea Empress. The Marsha & Danny Jones Thrillers float the reader through five books, beginning with The Privateer Clause. A sixth book in the series will debut in 2014 – Death by Murder.
In addition to writing cruise thrillers, Rossignol also enjoys researching maritime history. As a result, three books about the Titanic have been entertaining those fascinated with the tragedy and heroes of the first, last and only voyage of RMS Titanic. The Panama Canal story is also told in Panama 1914 through the original news stories of the times leading up to and in the first few years after this great accomplishment opened for sea trade. In addition to Titanic 1912, the same process was used in creating a spellbinding account of the KKK – KLAN: Killing America.
The actual trials of pirates, real ones, not Hollywood’s versions are retold from original trial documents of trials in America, Canada, England and Scotland. – Pirate Trials: Dastardly Deeds & Last Words and Pirate Trials: Hung by the Neck Until Dead.
As a maritime history speaker, Rossignol enjoys meeting audiences around the world and discussing the original news stories of the sinking of the RMS Titanic and other maritime history topics.
In 2012 and 2013 Rossignol has appeared on over a dozen ships in the Pacific, Atlantic, Mediterranean and Caribbean discussing the stories of the heroes of the Titanic, the explorations of the new world voyagers, the Bermuda Triangle and the history of piracy, among other maritime history topics.
Rossignol appears at the Titanic Museum Attractions in Pigeon Forge, Tennessee and Branson, Missouri for book signings and to talk with visitors about the RMS Titanic.
He has appeared on Good Morning America, ABC 20/20; ABC World News Tonight and in a 2012 production of Discovery Channel Investigation Motives & Murders Series, A Body in the Bay.
News coverage of Rossignol’s landmark civil rights case, represented by Levine Sullivan Koch & Schulz re: United States Fourth Circuit Court of Appeals Rossignol v Voorhaar, 2003, included articles in most major news outlets, as well as a column by syndicated columnists James J. Kilpatrick.
Rossignol has a series of cruise thrillers and also writes in maritime history as well as true crime with twenty-two books and Kindle shorts available in all formats and venues around the world.
A strong highway safety advocate, Rossignol also publishes the DWIHitParade.com which focuses on impaired driving and also publishes the monthly print and online publication, The Chesapeake.
News coverage of Rossignol’s DWIHitParade won an Emmy in 2012 for WJLA reporter Jay Korff and coverage of the St. Mary’s Today newspaper by WUSA reporter Bruce Leshan was awarded an Emmy in 2000.

Where to find Ken Rossignol online 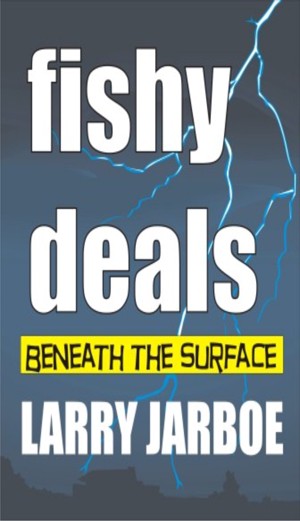 Fishy Deals: Beneath the Surface by Larry Jarboe
Price: $3.99 USD. Words: 38,750. Language: English. Published: September 11, 2011 by Ken Rossignol. Categories: Fiction » Mystery & detective » General
Commissioner Jerry Largent undergoes a massive change of attitude as events beyond his control propell him into taking a drastic change, to fake his own death! 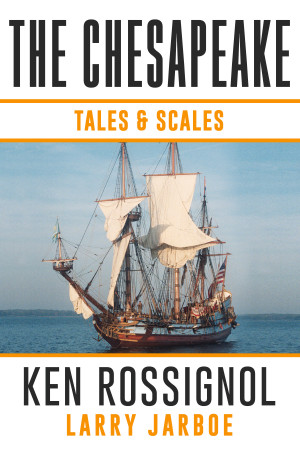 The Chesapeake by Ken Rossignol 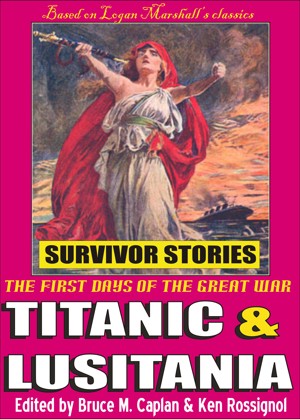 Titanic & Lusitania - Survivor Stories by Ken Rossignol
Price: $3.99 USD. Words: 37,130. Language: English. Published: December 2, 2012. Categories: Nonfiction » Transportation » Ships & Shipbuilding / History, Nonfiction » History » Modern / 20th Century
The best of the Logan Marshall classics have been researched and edited by authors Bruce M. Caplan and Ken Rossignol and presented in this new book. The Titanic's secret fire is explained in great detail. The early days of World War I and the savage sinking of the Lusitania which caused over 1,000 civilians to die on an unarmed passenger vessel are brought to life. Great war posters. 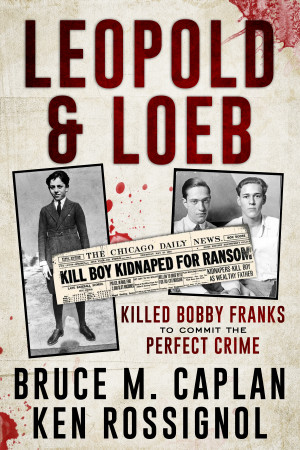 Leopold & Loeb Killed Bobby Franks by Ken Rossignol
Price: $3.99 USD. Words: 31,860. Language: English. Published: November 17, 2012. Categories: Nonfiction » Law » Criminal, Nonfiction » True Crime » Murder
One of the most sensational crimes of the twentieth century took place when two wealthy young men decided to commit the perfect crime. Travel back in time to learn of how they planned their dastardly deed. From the carefully laid out plans for ransom and the brutal murder of a young boy, these two young men chose path which weaved through the courtroom with America's most famous attorney.

You have subscribed to alerts for Ken Rossignol.

You have been added to Ken Rossignol's favorite list.

You can also sign-up to receive email notifications whenever Ken Rossignol releases a new book.