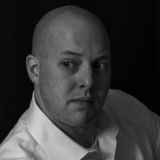 Vlad V. is the author of The Button, Yorick and Brachman’s Underworld. His short novella The Sleep Artist will be appearing in Insanity Tales, a collection of dark fiction, in October 2014 (Books & Boos Press).

A blogger, freelance writer, and former newspaper correspondent for the Lowell Sun and Fitchburg Sentinel & Enterprise, his work can be viewed at www.TheVlad.net. His books are available on Amazon, Barnes & Noble, Smashwords.com, and through his website (www.TheVlad.net).

Vlad was raised in Groton, Massachusetts and now resides in Lowell, Massachusetts with his wife, Jordana. He received an Associates Degree in Journalism from Middlesex Community College, and after a few years of freelance writing, decided to go back to school. He is now a proud member of the National Honor Society at the University of Massachusetts, Lowell, where he is studying History and English.

Where to find Vlad V. online

You have subscribed to alerts for Vlad V..

You have been added to Vlad V.'s favorite list.

You can also sign-up to receive email notifications whenever Vlad V. releases a new book.