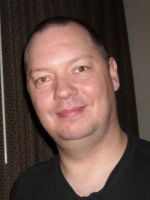 About the Author…
Originally from Denmark, B. B. Hartwich visited Washington State in 2004 and met his future wife, Angela. Two years later, he made the physical move to the United States, and the couple was happily married, making him an immediate stepfather to two wonderful girls; they are now joined by two more children, one girl and one boy.
B. B. Hartwich worked as a Security Officer in downtown Portland for four years. During that time, he wrote his first book, but it took another four years to find Kimberly Dunn of Dunn Editing (http://www.dunn-editing.com/), an editor whom he believed was just the right one. Together they have refined the manuscript into a finished product. And Kaysie Donat a local artist that with B. B.’s ideas made a wonderful cover for his first book.
B. B. is a family man, spending most of his free time with his kids and wife, and works swing shifts for a rental car company driving the shuttle bus. Aside from writing, he enjoys the outdoors, prospecting, metal detecting, coin collecting, and computer gaming.

Where to find B. B. Hartwich online 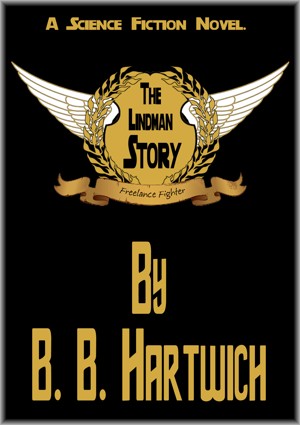 Join Captain Kront Tallin and his crew of Freedom Fighters aboard the intergalactic shuttle the Lindman as it roams through space, defying odds and making the ultimate sacrifice. What do they find aboard the Grimond Wolf shuttle in Part I? Who is the traitor in Part II? Will Helena survive the blast in Daniel’s room, or will the ship lose an important member of its crew?

B. B. Hartwich's tag cloud

B. B. Hartwich's favorite authors on Smashwords

Smashwords book reviews by B. B. Hartwich

You have subscribed to alerts for B. B. Hartwich.

You have been added to B. B. Hartwich's favorite list.

You can also sign-up to receive email notifications whenever B. B. Hartwich releases a new book.