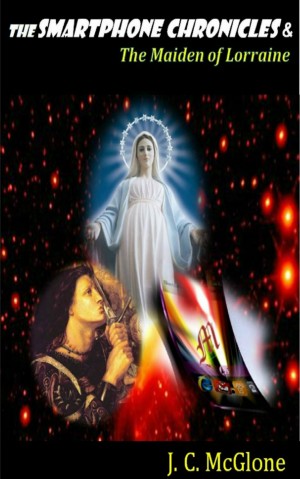 The Smartphone Chronicles & The Maiden of Lorraine by Joseph McGlone III
Price: $2.99 USD. Words: 217,450. Language: English. Published: June 19, 2016. Categories: Fiction » Science fiction » Adventure
Emma was stunned as her new talking smartphone Moses told her they would journey upon a fantastic quest through time, to find the greatest artifact yet known to mankind, save humanity from extinction, and prevent the destruction of Planet Earth; a perfect adventure for any who dream they and their talking smartphone may save the world while losing a few arguments to their smartphone along the way.

You have subscribed to alerts for Joseph McGlone III.

You have been added to Joseph McGlone III's favorite list.

You can also sign-up to receive email notifications whenever Joseph McGlone III releases a new book.