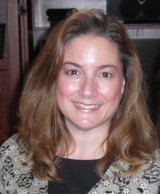 When not writing poetry, reading a great novel, or enjoying time with her family, Tonya McQuade is an English Teacher at Los Gatos High School, where she has been teaching since 1992. For the past two years, she has helped her English 9 Honors classes produce a class poetry anthology ebook, in partnership with ebook publisher Smashwords and the Los Gatos Library. The first anthology by the LGHS English 9H Class of 2017, Windows to the Teenage Soul, hit number one on the Apple Ibooks list of Poetry Ebooks on the day of the book’s launch after a two-week pre-sale period. The second anthology, A Cup of Poetea, is soon to be released.

Tonya has been writing poetry since elementary school, and while a student at Antioch High School, many of her poems were published in Antioch’s Daily Ledger. She also won Grand Prize in the Young Author’s Project competition her senior year and was able to have thirty copies of her book entry published and placed in local school libraries. She was very excited when her brother told her he saw someone check one out! As can be seen in the poems in this collection – most of which were written during those high school years – friends, family, schoolwork, eating, exercise, and her various “loves” all played a big role during that formative time in her life.

During her college years at the University of California, Santa Barbara, Tonya continued to write poetry and songs, but she primarily turned her attention to journalism. While pursuing a double major in English and Communication Studies, she wrote for UCSB’s Daily Nexus and served as Assistant Campus Editor, Features Editor, and News Editor over a three-year period before deciding to turn her focus to teaching. She stayed at UCSB for Graduate School, earning her Single Subject Teaching Credential in English and a Certificate in Teaching English as a Second Language, then later returned to school for her Master’s Degree in Educational Leadership through San Jose State University.

After one year of teaching in Santa Barbara and two years in Osaka, Japan, she settled into San Jose, California, and began teaching at Los Gatos High School, where she has enjoyed being able to share her love of all forms of literature with her students – but poetry is definitely her favorite! She has shared some of these poems with her students through the years – and she’s even sung one of them to her classes while strumming along on her guitar! -- but she is excited about sharing them with a larger audience.

Other titles by Tonya McQuade include:

America at the Millennium: The Best Poems and Poets of the 20th Century, compiled by Poetry.com (Contributor - 2000)

Where to find Tonya McQuade online 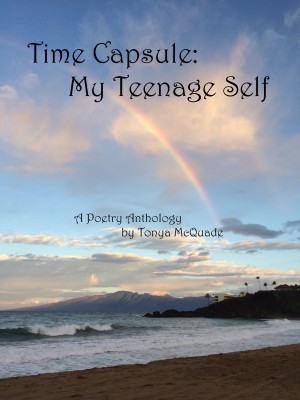 Time Capsule: My Teenage Self by Tonya McQuade
Price: $2.99 USD. Words: 11,400. Language: English. Published: May 2, 2015. Categories: Poetry » Contemporary Poetry
"Time Capsule: My Teenage Self" provides a captivating look into the teenage mind, with thoughts on life, love, family, school, friends, identity, decision making, and more - all in poetic form! These are poems the author wrote in junior high and high school - and she has shared many of them with her English students through the years. And guess what? They still feel the same way!

You have subscribed to alerts for Tonya McQuade.

You have been added to Tonya McQuade's favorite list.

You can also sign-up to receive email notifications whenever Tonya McQuade releases a new book.