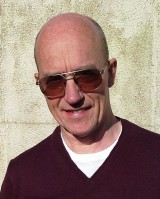 Tom was born in Glasgow, Scotland in 1952. He joined the British Army at 17 and served for 23 years. His next career was in Retail Management in which he was employed from 1992 until 2012. He has been writing since 2007. Tom has won two short story competitions and had six short stories published in traditional anthologies.
He has published six novels, four anthologies of short stores and five anthologies of poetry.
Apart from working on another novel he is also creating a fifth anthology of short stories.
Tom writes in the following genre: Romance, Thriller, Erotica, Military, and Sci-Fi.

Where to find Tom Benson online

You have subscribed to alerts for Tom Benson.

You have been added to Tom Benson's favorite list.

You can also sign-up to receive email notifications whenever Tom Benson releases a new book.