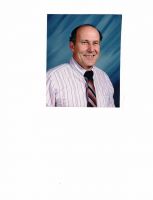 Tom Dalrymple was a high school English teacher at Sunnyside High School in the Sunnyside Unified School District, Tucson, AZ for 30 years. He served on numerous district committees, provided staff development training, mentored other teachers, and in 1987 was nominated for Arizona Teacher of the Year/Ambassador for Excellence. In his Creative Writing classes, students would produce a book featuring the poems written in class. He often received letters and phone calls from former students, as much as 20 years after graduation, expressing their appreciation and gratitude for the knowledge he gave them as well as preparation for life. He was affectionately referred to as “Papa D” by students.
In addition to teaching in the classroom, Tom was involved in various sports programs at Sunnyside High School as a coach, umpire, announcer, and scorekeeper. In 2007 he was inducted into the Sunnyside Alumni Association Hall of Fame.
His dedication to education led him to teach archery and a love of the outdoors to others. He founded the Bowhunting in Arizona archery record book program in 1975 to promote ethical and selective hunting, and in 2006 was inducted into the Bowhunting in Arizona Hall of Fame. He was instrumental in bringing a bow hunter education program to Arizona and its acceptance by the Game and Fish Department. Tom also was a columnist for Western Bowhunter and Arizona Outdoors.
In 2006 Tom Dalrymple passed away after a long battle with multiple sclerosis. He had always wanted to publish his poetry but was unable to accomplish his goal. A scholarship in his name was established through the Sunnyside Alumni Association’s Dollars for Scholars for a student graduating from Sunnyside High School and pursuing higher education.

Where to find Tom Dalrymple online 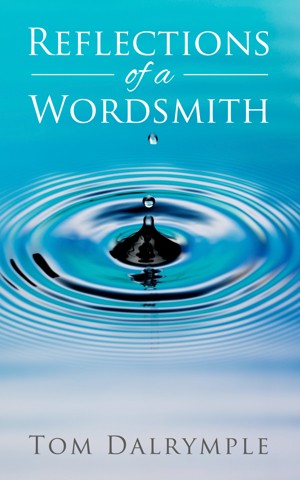 Reflections of a Wordsmith by Tom Dalrymple
Price: $3.99 USD. Words: 5,830. Language: English. Published: February 12, 2013. Categories: Poetry » Contemporary Poetry
Reflections of a Wordsmith is a collection of poems written by a former high school English teacher and avid bow hunter. The poems are an expression of his passion and love for the Arizona desert, for teaching, and for bow hunting.

You have subscribed to alerts for Tom Dalrymple.

You have been added to Tom Dalrymple's favorite list.

You can also sign-up to receive email notifications whenever Tom Dalrymple releases a new book.