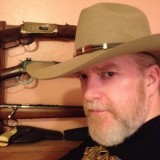 Tom Hawks was born and raised in the Chicago, Illinois area. He holds a Bachelor of Science Degree in Criminal Justice Sciences from Illinois State University and is also a graduate of the Chicago Police Academy. He has worked as a Police Officer in the Chicago area and in private security, prior to entering the Casino Gaming industry, as a Casino Surveillance Director and Regulator.

Tom has lived and worked for over two decades in the casino surveillance and gaming regulatory fields for both commercially-owned Casino Hotel Resorts, as well as, Native American Tribes, in Las Vegas, Nevada, Arizona, Michigan, Illinois and Indiana.

He is an avid reader of both fiction and non-fiction in U.S. history, military arts and sciences, law enforcement, crime, criminology, leadership principles, Native American philosophy and Zen Buddhist philosophy. He considers himself to be a writer, philosopher, a student of Native American history, culture and philosophy and a student of Zen Buddhist history, culture and philosophy. He is also a modern-day cowboy, a poet, a peaceful warrior and a student of life. He believes that he was destined to be a writer, a philosopher, a Buddhist monk, a hermit, a Mountain Man or all of the above combined. He is a simple man with a simple plan, who proudly lives and will proudly die by The Code of the West.

Tom’s life heroes and mentors include: his dad, his son, Mark Twain, Ernest Hemingway, the legendary Lakota Sioux warrior Crazy Horse, Henry David Thoreau, singer/song-writer/novelist and Calypso poet Jimmy Buffett and every dog and horse he has ever had the pleasure to share his life with.

Tom has lived in Arizona, Florida, Michigan, Nevada and Illinois. He currently resides in Arizona. His philosophy and way of living his life can be summed up in one word: Simplify.

Author note:
Tom Hawks died in November 2017 at his own hand after an extended period of depression. He will be forever missed by his readers and those who knew him as the man he was.

Where to find Tom Hawks online 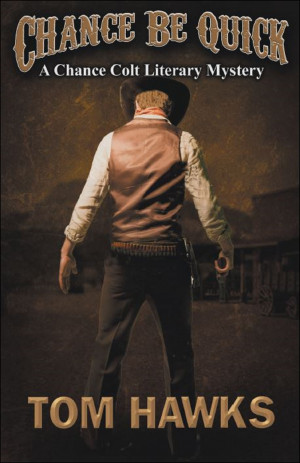 Chance be Quick: A Chance Colt Literary Mystery by Tom Hawks
Price: $5.99 USD. Words: 56,600. Language: American English. Published: May 17, 2018 by Brighton Publishing LLC. Categories: Fiction » Thriller & suspense » Action & suspense, Fiction » Western
Sheriff Chance Colt is facing the most daunting case of his career. In quick succession, Chance’s animal companions and lifelong friend are murdered. His home is destroyed by arson, and one of his spirit leaders is attacked and left for dead. When a person calling himself the Riddler announces that he is the perpetrator of these horrendous crimes, Chance vows to hunt down the murder and kill him. 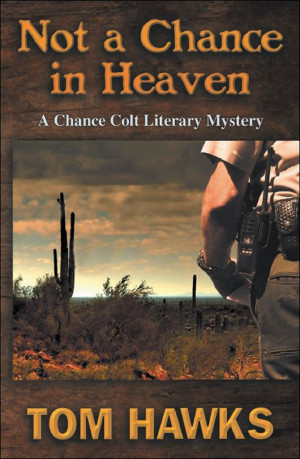 Not a Chance in Heaven: A Chance Colt Literary Mystery by Tom Hawks
Price: $5.99 USD. Words: 60,600. Language: American English. Published: June 21, 2017 by Brighton Publishing LLC. Categories: Fiction » Western, Fiction » Mystery & detective » Police Procedural
In this Chance Colt Literary Mystery Series installment, times get tougher, & action gets rougher as the Sheriff’s ideas and antidotes get more deeply philosophical. He lives his life the only way he knows, plowing straight ahead come what may. 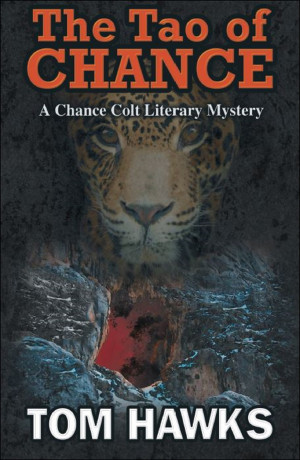 The Tao of Chance: A Chance Colt Literary Mystery by Tom Hawks
Price: $5.99 USD. Words: 56,530. Language: American English. Published: March 18, 2017 by Brighton Publishing LLC. Categories: Fiction » Western, Fiction » Mystery & detective » General
Sheriff Chance Colt abruptly retires and then wanders off into the Santa Rita Mountains after his wife, Sarah, is murdered during a school shooting. It is his guilt and shame that force the sheriff to escape the heartbreak of the civilized world. When Chance leaves his job, his home, and his friends behind, he is not sure how things will end for him. 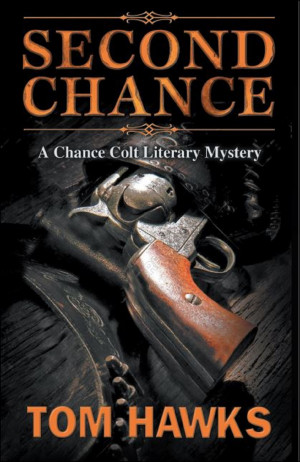 Second Chance by Tom Hawks
Price: $5.99 USD. Words: 57,690. Language: American English. Published: November 25, 2016 by Brighton Publishing LLC. Categories: Fiction » Western, Fiction » Mystery & detective » General
Sheriff Chance Colt is the law in Santa Cruz County, Arizona. After he’s nearly killed and lands in the hospital, he vows to find out who’s running illegal drugs across his ranch property. He deals with crimes from domestic violence to an apparent alien abduction and robberies on a train. It’s a never-ending cycle of violence that culminates in a final showdown in Mexico. But will Chance survive? 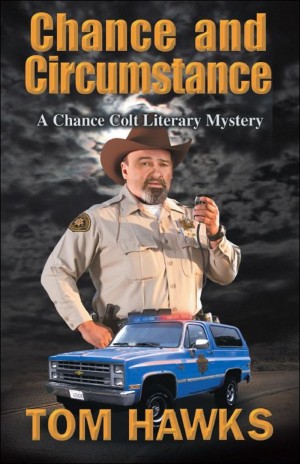 Chance and Circumstance: A Chance Colt Literary Mystery by Tom Hawks
Price: $5.99 USD. Words: 60,790. Language: American English. Published: June 19, 2016 by Brighton Publishing LLC. Categories: Fiction » Mystery & detective » Police Procedural, Fiction » Thriller & suspense » Crime thriller
Sheriff Colt keeps the peace in Santa Cruz County, Arizona, where not much happens. Then two dead men are found hanging from a tree, and Sheriff Colt may have a serial killer on his hands. A suspect is linked to the murdered men, but before Sheriff Colt can solve the killings, the brutal rape of a teenage girl takes his attention. He must find both murderer and rapist and bring them to justice.

You have subscribed to alerts for Tom Hawks.

You have been added to Tom Hawks's favorite list.

You can also sign-up to receive email notifications whenever Tom Hawks releases a new book.