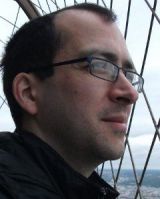 Tony Cooper was born and raised in Scotland. He studied Medicine before deciding to move into videogames instead. He has now worked at one of the largest UK game development and publishing companies in England for the past sixteen years.

In 2013 he self-published his first novel, the superhero book "Powerless". This was followed by the sequel, "Killing Gods", in 2014, and the third book "Die Famous" in 2019. He has also release a short story collection called "The Resurrection Tree and Other Stories", and a science fiction comedy novella called "Higgs & Soap: Galaxy Delivery".

He has also written and illustrated three comic books: "Powerless: Some Kind of Hero" (a tie-in comic to the book series) and "The Murder Club: Useless Deaths" parts 1 & 2 (a dark, psychological thriller).

When did you first start writing?
I started writing as a small child. I was always coming up with fantasy and SF stories even then and was forever getting "is a daydreamer who needs to concentrate more in class" on my report cards.
But when you become an adult you are meant to stop all that silly stuff and knuckle down and study, do 'real' work, so that's what I did. Until about 2010 or so when, bored with work for some time, I let myself start imagining again. I kept a small notebook to write down ideas, some of which eventually became short stories.
After that, and knowing I wasn't getting any younger, I spent time coming up with story ideas I could make into a full length novel. Around the same time I discovered how you could self-publish instead of letting your work languish in a forgotten hard drive folder. When those two things combined, there was no stopping me!
Do you remember the first story you ever wrote?
I can't remember the first *ever*, but the first I do remember, and the one I devoted some time to was 'Cockroach'. It was a novel about a radiation leak from a nuclear power plant in the UK mutating cockroaches to the size of sheep, and about the investigation by the local police and a reporter into the strange deaths they caused.
It was a 'full length' novel, probably about 40k words in retrospect, handwritten across two pink school jotters (remember them?), and I had a sequel planned too!
Read more of this interview.

Where to find Tony Cooper online 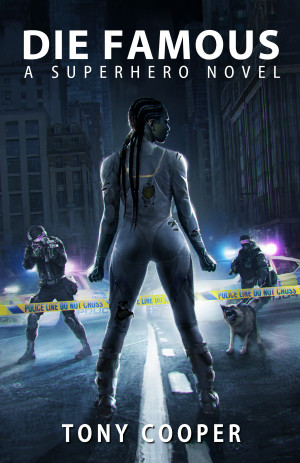 Die Famous: A Superhero Novel by Tony Cooper
Series: Powerless. Price: $4.99 USD. Words: 84,070. Language: British English. Published: October 17, 2019. Categories: Fiction » Fantasy » Urban, Fiction » Science fiction » General
Ruth doesn't want to be famous, she just wants to be seen and accepted for who she is, so she defies her father and auditions for a Hero talent show. However, when a team of villains from the 1970s wake themselves up in the present day, Martin and Hayley stumble upon their plot and end up risking their lives to save the villain's ultimate target: the TV show's contestants. 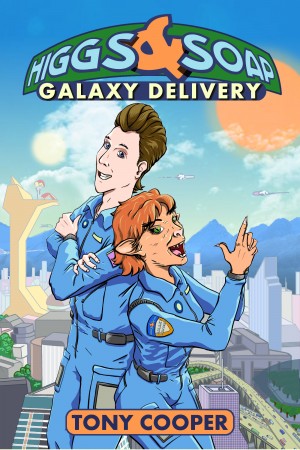 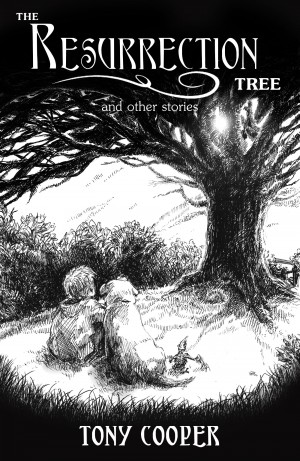 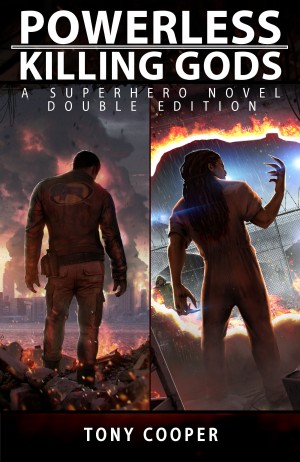 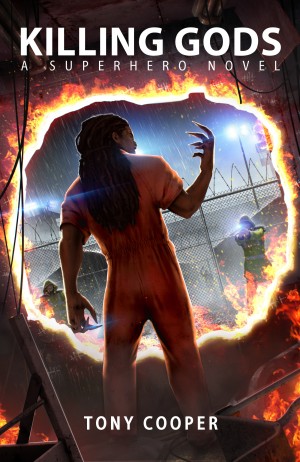 Killing Gods: A Superhero Novel by Tony Cooper
Series: Powerless, Book 2. Price: $4.99 USD. Words: 94,690. Language: Commonwealth English. Published: July 22, 2014. Categories: Fiction » Science fiction » General, Fiction » Fantasy » Urban
When a physically mutated villain's son goes missing from protective care, he goes on a rampage to try and find his child. In his way stand a Child Protection Officer following her heart above her duty, a violent anti-hero group desperate for media attention, a seemingly benevolent hero-worshipping cult and Martin and Hayley struggling to work out who they can trust. 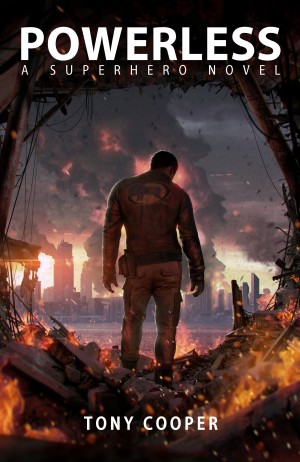 Powerless: A Superhero Novel by Tony Cooper
Series: Powerless, Book 1. Price: $0.99 USD. Words: 121,940. Language: British English. Published: January 12, 2013. Categories: Fiction » Science fiction » General, Fiction » Fantasy » Urban
When the best friend of a retired superhero is killed by another power, Martin must drag himself out of his self-imposed isolation to find out who is responsible. In doing so he finds himself digging up a past he would rather forget, risking exposing the secret of why the team split up and destroying all their lives in the process. 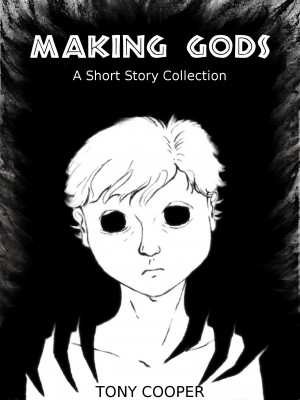 'Powerless' Chapters 1-3: a retired hero is dragged from his self-imposed isolation when an old teammate is murdered by another power and he is tasked to find his killer. 'Lord of Shadow': a small boy finds solace in the darkness. 'Making Gods': two linguistics experts find an awkward romance over ancient carvings. 'The Colours of Jupiter': a group of scientists investigate the nature of time.

You have subscribed to alerts for Tony Cooper.

You have been added to Tony Cooper's favorite list.

You can also sign-up to receive email notifications whenever Tony Cooper releases a new book.