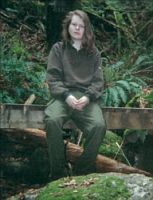 A freelance writer by trade, Tyler Edwards has been creating worlds for as long as he can remember. He grew up in the country outside of Ottawa, Canada, and amidst the pristine woods and fields, it was easy to imagine Elves and Demons around every bend. After that, making the jump to fiction writing seemed natural. He will not consider himself a true success until people are writing nonsensical slash fics about his characters.

When did you first start writing?
That's a difficult question to answer. I've been creating worlds and stories for as long as I can remember. Most of my childhood was spent coming up with epic storylines for make-believe games I'd play with my friends. I also wrote some (terrible) stories around this time.

But I guess I truly became a writer when I was sixteen. I had gone through a pretty rough time, and I needed some sense of purpose. For years, I'd had an idea for a series of books I wanted to write, and I decided I should start pursuing that goal.

I wanted to do them right, though, and I quickly realized I had absolutely no clue how to write a good book. This led me to months of reading books on writing, grammar, and editing. I also started writing short fiction for practice, which eventually led to me stumbling into writing the World Spectrum series.

I still haven't written the series I originally set out to write. I'm still practicing.
Where did you grow up, and how did this influence your writing?
I grew up in Perth, Ontario, which is a small town about forty-five minutes outside of Ottawa. It's a lovely little tourist town, known as the prettiest town in Ontario, and surprisingly sophisticated for a town of only 6,000 people.

However, I attended elementary school in the neighbouring hamlet of Brooke Valley, and I'd say that had the biggest influence on my writing. Brooke Valley is mostly untouched wilderness, and my school grounds were no exception. It was around this time I was getting into fantasy, discovering things like Lord of the Rings and Warcraft, and this influenced the games I played during recess. My friends and I liked make-believe games where we would imagine ourselves as fantastic heroes -- wizards, knights, and Elves.

I was usually the one leading these games in the sense that I came up with the main ideas and storylines. It's these make-believe games that made me a writer. They taught me about creating worlds and stories. In fact, one of the major universes I write in evolved out of one such game I used to play with my friends.

I don't think my imagination would have flourished so much had I grown up somewhere more mundane.
Read more of this interview.

Where to find Tyler Edwards online

The Books of the World Spectrum by Tyler Edwards 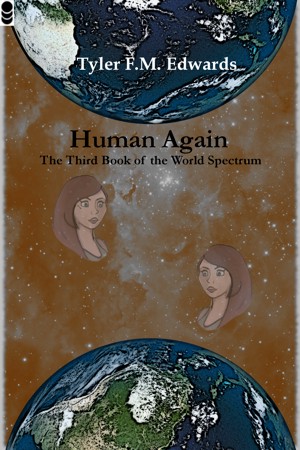 Human Again by Tyler Edwards
Series: The Books of the World Spectrum, Book 3. Price: $1.99 USD. Words: 58,830. Language: American English. Published: December 14, 2013. Categories: Fiction » Fantasy » Epic, Fiction » Science fiction » Steampunk & retropunk
A great force is sweeping through the spectrum of worlds, blurring entire realities together, and it will send Leha face to face with the proof of her failures: a universe of worlds ruined by her gambles. 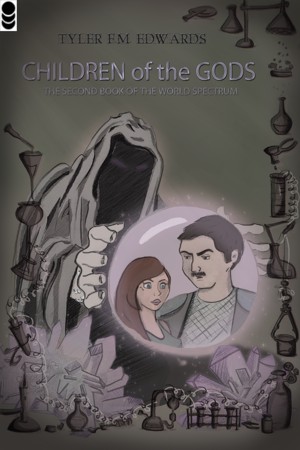 Children of the Gods by Tyler Edwards
Series: The Books of the World Spectrum, Book 2. Price: $1.99 USD. Words: 105,260. Language: American English. Published: June 2, 2013. Categories: Fiction » Fantasy » Epic, Fiction » Science fiction » Steampunk & retropunk
Seven years after the return of the Old Gods, Leha and her allies encounter a fallen offshoot of the human race, sparking a war that will threaten to destroy all they fought for. Sequel to Rage of the Old Gods. 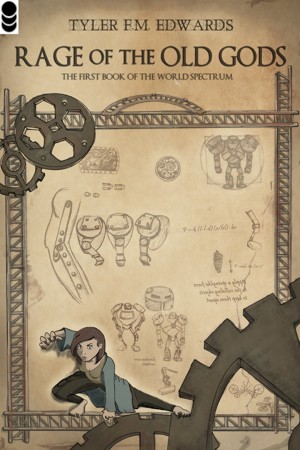 The Old Gods, humanity's tyrannical creators, are returning. To save her people, a young woman named Leha must gather the alien powers of the lost worlds of Sy'om and Tyzu and unite the warring nations of humanity. But even Leha’s newfound powers may not be enough to save her people from the Gods’ fury, or from the hatred in their own hearts.

You have subscribed to Smashwords Alerts new release notifications for Tyler Edwards.

You have been added to Tyler Edwards's favorite list.

You can also sign-up to receive email notifications whenever Tyler Edwards releases a new book.