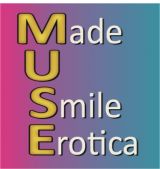 Tyler Knoll was born one wild, stormy night in April 2013.

Of course he might tell you that he'd been born twenty years earlier, but should we believe anything he says?

Whatever the date of his conception, Tyler's writing reflects the books that have influenced his life.

When a silly misunderstanding nearly cost him his life and his sanity, he turned to a different kind of book for his salvation. But even that encounter proved hazardous to his existence, not from the cold, but from irate fans.

Finally, he discovered, like many story book heroes before him, that sometimes those closest to us prove to be the best in the long run.

Where to find Tyler Knoll online

You have subscribed to alerts for Tyler Knoll.

You have been added to Tyler Knoll's favorite list.

You can also sign-up to receive email notifications whenever Tyler Knoll releases a new book.