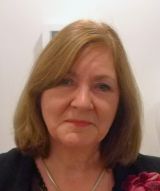 Julia Underwood - London, England.
I have been writing for many years. At boarding school I took liberties with published work, adapting it into plays for my classmates to perform. Frequently in trouble for ignoring the 'no talking after lights' rule, I related an ongoing saga of terror and mayhem to my friends.
My father was an Intelligence Officer in the British Army and, after World War 2 we lived in Germany and Austria. I have also lived and worked in Jamaica and France.
Before starting a family I worked as a Medical Research Scientist (I have a BSc in Physiology) for the NHS and the Arthritis and Rheumatism Council. Running a pub and a restaurant were more stressful and difficult. Later, for many years I was an interior designer, also making soft furnishings.
I write fiction: short stories, children's stories, plays and now, a novel (published for Kindle by Endeavour Press). I have had short stories and articles published in magazines and have won and been short-listed in competitions with my short stories.
My obsessions are writing, films, cats, cooking and doll's house furnishings (when I'm not writing I obsessively embroider 1"/12" scale replica carpets and knit dolls' house clothes on needles as thin as a wire).
I have three books available on Amazon, a full length Novel 'War's Last Dance' about Berlin in 1946 and two crime novellas, in the Eve Duncan series, set in the 1940s.
'A Difficult Murder' has been editted by me but was written by my deceased husband, Paul, in the months before he died.

Where to find Julia Underwood online 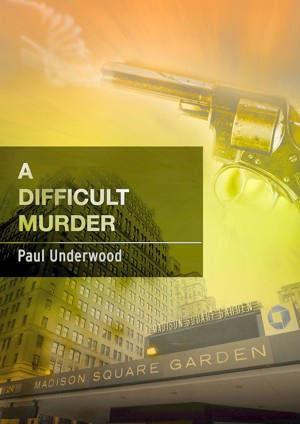 Maxie Skerris had to die, but it wouldn’t be easy. A British hitman living in New York is given the task by a notorious criminal. The job, carried out during a boxing match in Madison Square Garden, is a success, but there are unexpected consequences, involving large sums of money, gems and a dubious millionaire, which will change lives forever.

You have subscribed to alerts for Julia Underwood.

You have been added to Julia Underwood's favorite list.

You can also sign-up to receive email notifications whenever Julia Underwood releases a new book.