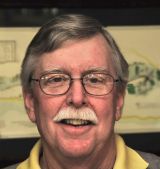 Vick was raised in Baltimore, Maryland by parents with an intense emotional investment in sports of all kinds, especially golf. He attended Williams College, graduating (1966) with honors in chemistry and completed his formal schooling at the University of Pennsylvania School of Medicine (1970.) He was drawn back to the Berkshires, living near Stockbridge, Massachusetts for an internship with special emphasis in psychiatry at the Berkshire Medical Center, where in 1971 he won the award for Excellence in Performance of Duties as an Intern. His great interest in children led to a Fellowship in Child Psychiatry at the Philadelphia Child Guidance Clinic from 1971 to 1973 where he was exposed to the pioneering structural family-based work led by Salvador Minuchin and Jay Haley. He completed his formal training from 1973 to 1975 as a Resident in General Psychiatry at the Institute of Pennsylvania Hospital. Dr. Kelly currently maintains a Suburban Philadelphia based full-time private practice in psychiatry with special interest in the enhancement of emotional intimacy in couples and families.

His continued interest in the treatment of children, coupled with his family and general psychiatry training, convinced him that changes in the parental subsystem of a family are the most critical for the well-being of the children. His subsequent work with couples immersed him in the powerful emotional forces driving those relationships. Nothing in his formal training had prepared him to understand the basis of this emotionality. Working with Donald L. Nathanson, M.D. in the early 1980's to explicate the biological and biographical nature of shame, he encountered the work of Professor Silvan S. Tomkins. Amazed at the clarity and rightness of feel of affect script psychology, Dr. Kelly began working directly with Tomkins a year or two before the latter's death in 1991. His goal was to link those theories of motivation to a systematic understanding of interpersonal relatedness, one capable of both explaining the reasons for relational success or failure and also of assisting the development of novel methods for treatment. Dr. Kelly is now distinguished for the definition of intimacy he developed in conjunction with Professor Tomkins and the innovative methods of couples treatment he has introduced and refined during his career.

After the death of Professor Tomkins and the formation of the Silvan S. Tomkins Institute, Dr. Kelly was appointed Training Director in 1992 by Executive Director Donald L. Nathanson, M.D. Over the succeeding four years, Dr. Kelly established the Silvan S. Tomkins Institute as a national sponsor of continuing education for the American Psychological Association and for the Accreditation Council for Continuing Medical Education of the American Medical Association. He initiated a membership drive that increased membership in the Institute to over 350 professionals internationally and both developed and managed an international network of study groups through which interested professionals could engage in the intensive study of affect script psychology. Dr. Kelly was an Editor of the Bulletin of the Tomkins Institute, to which he regularly contributed two columns, and has contributed to the Tomkins Institute Newsletter. Among his honors is election as a Fellow of the College of Physicians of Philadelphia

With the loving support of his wife Sharon, his hobbies include digital photography of their four grandchildren, computers, and golf. His motto is: "Some say golf is life in miniature; those who play know that life is golf in miniature." 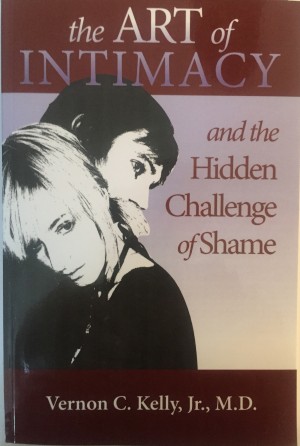 Dr. Kelly tackles the difficult problem of shame in relationships. Using an understanding of the biology of emotion outlined by Silvan Tomkins, he takes the reader on a journey from the motivation for earliest infant-caregiver attachments to the complex arena of adult emotional intimacy. His conclusions will surprise you.

You have subscribed to alerts for Vick Kelly, Jr.

You have been added to Vick Kelly, Jr's favorite list.

You can also sign-up to receive email notifications whenever Vick Kelly, Jr releases a new book.