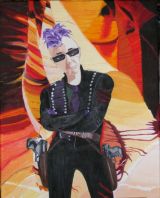 Little is known about the apparently quiet W. Freedreamer Tinkanesh. The few unearthed bones are still disconnected: dreams, books, no gender, tattoos, wolves, invisible energies, permanent puzzlement. W would be (in alphabetical order) a versatile artist, a chocolate fiend, an independent musician, and a tree hugger.
The cats know more, but refuse to talk: one will stare you down; the other one will fight you.
W’s writings have appeared in unknown, obscure zines and in the last ten years in various anthologies: ‘Write Now’ (UK, 2001), ‘Threads’ (UK, 2009, edited by Cassandra Lee aka Shawn-A-Lee McCutcheon-Bell), ‘Eclectica’ (2011, edited by Andrea Dean Van Scoyoc), 'No One Makes It Out Alive' (2012, edited by Hydra M. Star), 'Blessings from the Darkness' (2014), The Ladies and Gentlemen of Horror 2014 (2014, edited by Jennifer L. Miller), The Ladies and Gentlemen of Horror 2017 (2017, edited by Jennifer L. Miller).
W is the author of novel 'Outsider' (2012) and collection of short stories 'Tales for the 21st Century' (2014).
W. Freedreamer Tinkanesh was a member of The Gothic Creatives Association, and The Bermondsey Square Writers. 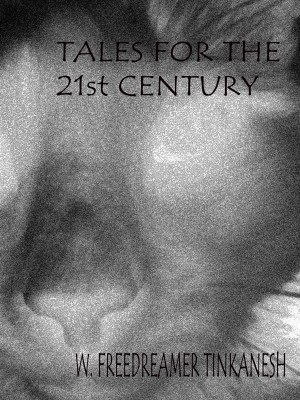 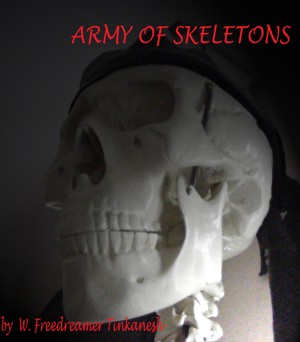 Shaddock is a musician on the anarchist scene. One night she meets an intriguing womon. When she finds her again, and when her friend Taylor meets someone, too, their lives take a weird turn....... 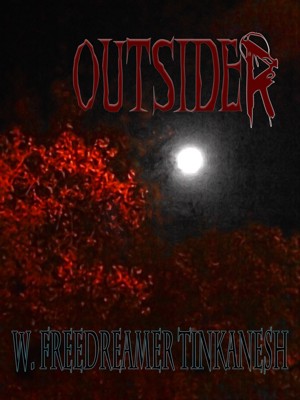 Rooted in the music scene of London, UK, and inspired by a life-long passion for music and a peculiar interest in private dark sides, ‘Outsider’ is a study of human emotions, disturbed by vampires and punctuated with rock music. Sid is a medicated musician who has lost her rhythm. Joy is a bored blood-drinker. Is everything as it seems? Is everyone as they appear?

You have subscribed to alerts for W. Freedreamer Tinkanesh.

You have been added to W. Freedreamer Tinkanesh's favorite list.

You can also sign-up to receive email notifications whenever W. Freedreamer Tinkanesh releases a new book.