I read, therefore I write. Like many other writers, I started writing because I love reading. Even before I could read, books fascinated me.

I loved the smell of the basement library where my mother took me for Saturday morning story hour. And soon I became a voracious, omnivorous reader, continuing to this very day more than seventy-five years later.

Like many readers, I soon became a critic. After attempting to read a book and giving up in frustration, I'd think: I could write as well--or better--than this. Of course, I didn't try, until two things occurred.

My tech-toy addicted spouse want a new state-of-the-art computer and I needed a new knee. I suggested he set up his old desktop for me and I'd practice on that, since I'd be on restricted activity for a couple of months. As these things usually went, I ended up with a new XP loaded with bells and whistles.

I wonder how many books have been attempted since the advent of word processors? I had it and I learned to use it, no more excuses. In the last several years I've completed five books and three WIP. This is my first venture into self-publishing, but I plan to make others available. Look for others soon on SMASHWORDS.

Where to find Martha Farabee online 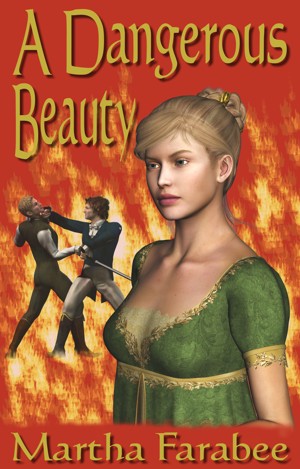 A Dangerous Beauty by Martha Farabee
Price: $2.99 USD. Words: 108,200. Language: English. Published: January 19, 2013. Categories: Fiction » Romance » Regency
Forbidden to marry her truelove, Carolinne settles for his titled brother. She endures three years of abuse, until her brother and her old sweetheart discover her injuries and attack her husband, leaving the Earl permanently disabled. She nurses him faithfully, leading a dreary life. Then her husband's heir arrives, changing her life forever. 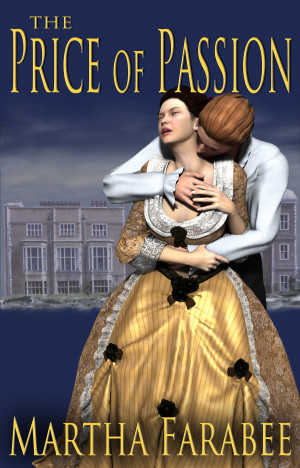 The Price of Passion by Martha Farabee
Price: $2.99 USD. Words: 105,420. Language: English. Published: May 21, 2012. Categories: Fiction » Historical » United Kingdom, Fiction » Romance » General
Her profligate progenitors wasted their substance, leaving plain, skinny Damaris with no dowry. Never expecting to find a husband at twenty-five, she's stunned when her grandfather arranges a marriage with wealthy, handsome Edmund Lateleur. Why has he chosen her? The answers she discovers cause her to lose her virtue, break her heart and nearly endanger her life. 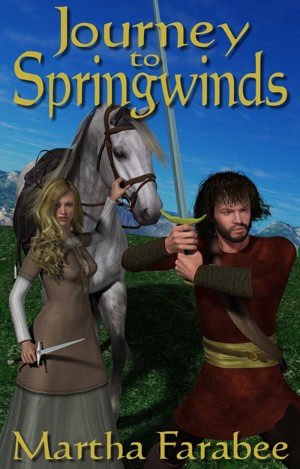 Journey to Springwinds by Martha Farabee
Price: $2.99 USD. Words: 144,120. Language: English. Published: April 1, 2012. Categories: Fiction » Romance » Fantasy, Fiction » Fantasy » Epic
Orphaned OrnLeah lives on the charity of the King, working in kitchen and castle. Prince Mardrian arrives at court to the king’s daughter, but she never dreams he'll notice her. But he rescues her from an evil pervert and other threats. She deceives him into bedding her. He's trapped into wedding her. Though furious, he complies. But raiders attack and strange incidents threaten. 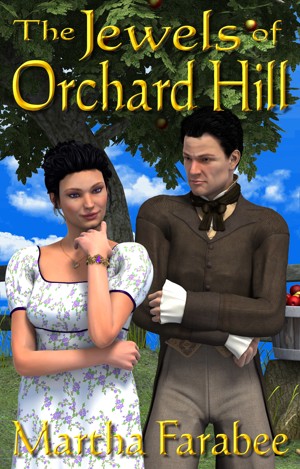 The Jewels of Orchard Hill by Martha Farabee
Price: $2.99 USD. Words: 113,870. Language: English. Published: February 5, 2012. Categories: Fiction » Romance » Historical
The arrogant devil assumes she'll become his mistress after she’s yielded to his seductive ways, but then he accuses her of faking virginity! She'll never reveal the truth. He can stew in his own—applesauce! Thru quarrels, doubts and accusations, she responds with blazing passion. When she sees him with another woman, she flees. But love always finds a way. 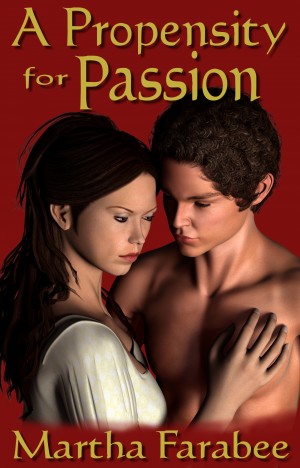 A Propensity for Passion by Martha Farabee
Price: $2.99 USD. Words: 89,180. Language: English. Published: November 25, 2011. Categories: Fiction » Romance » Regency
Cecily never expected to capture a husband. She’s almost six feet tall and weighs fifteen stone. But when Anse Dettrick finds her in tears over an insult from her dance partner, pity overcomes judgment and he comforts her with a kiss.But they’re discovered by her uncle, the local squire—and the parson. To his unmitigated fury, he’s forced to marry her.

You have subscribed to alerts for Martha Farabee.

You have been added to Martha Farabee's favorite list.

You can also sign-up to receive email notifications whenever Martha Farabee releases a new book.