'The Welsh Marches is an evocative place. Full of mystery, history, and tiny old houses, it leads easily into Wales - a perfect place to write and to set romantic novels with mysteries and crimes embedded in them.'

This is how Wilma summarises the inspiration for her four novels in the Welsh Marches series and the forty-nine short stories which follow and make up Sevens, Stories to Commute By.

Luckily for her, she was able to escape to this scenic area and begin to write. It is not a gift that many people are given, but with a tiny cottage of her own, an accompanying cottage garden and a husband who is handy with a computer and a coffee pot, the opportunity was too good to ignore.

What and where are the Welsh Marches?
The Welsh Marches is an area between England and Wales. It is hilly with low mountains, green all year and covered with sheep. It has a history that goes back beyond the beginning of time and is the home of legends, tales of kings and princes, language and song. When the Normans conquered England in the 11th century they met their match in the Welsh tribes who lived here. To cope with situation they created a large administrative area between themselves and the Welsh under the jurisdiction of their nobles who called themselves the Marcher Lords. The Marcher Lords built castles, created their own laws and economics, but never completely defeated the Welsh. The Marches today is exceedingly beautiful, but still has an aura of its past.

Did you know that the Marches has a greater concentration of castles than anywhere else in the UK?
Is this why you write from this area?
The legends and stories from this area are never straight forward; they have conflict of course, but also heroism, laughter, sorrow and a retention of identity that is so useful for a writer. I feel that the area has a calmness and stoicism that lets people who live here be part of a larger country while retaining much that has made them what they are. This leads to many plots lines - the stuff that authors thrive on.
Read more of this interview.

Where to find Wilma Hayes online

Stories to Commute By (Or Have A Cuppa With) by Wilma Hayes
Whoever thought that writing forty-nine short stories was a good idea needs to lie down in a dark room for a short while until it passes. That would be me, and I didn’t. When I began these it seemed like an achievable task and the first set was quite good fun. It progressed from there and soon seven sets of Seven Short Stories became the goal. It was a long slog. The stories are all of similar length and I thought that they would make nice stories for a commute taking 10 to 15 minutes each, so 2 in a 20 or 30 minute commute and so on. Or a short or longer tea break if you prefer! Naturally everyone reads at different rates, so these times are my best guess. Some of the stories in each set are like chapters in a book, in that one logically follows the other; some are quite individual tales but with commonality. None of them follow the Seven theme too strictly, but stories are like that; they wander off piste from time to time. Naturally, I like some stories better than others and I am sure you will too. But I hope that they will help your commute to work or give you a few minutes for a cuppa.

Seven Ages of Man - Stories to Commute By
Price: Free!

Seven Days of the Week; Stories to Commute By
Price: Free!

The Welsh Marches by Wilma Hayes
The Welsh Marches is an area of beauty and legend. These stories have their roots here. Freeing My Sisters, Book 1. Mary Mitchell meets Tim Spencer when he slides out of his shower, wearing only a fluffy pink towel, and stops at her feet. Together they face their evolving relationship and crimes that affect her security and his career. Secrets Lies and Legacies, Book 2. Mary goes back to work - as a builder. Tim, a structural engineer, who would prefer a building site, is unemployed. But Tim and Mary haven't been completely honest with each other and secrets will be told. Red Snow, Book 3. Roy has an unremarkable talent with Morse Code. Although a conscientious objector, his skill takes him into a war of spies and treachery in Moscow where he faces the hardships of the Russian/German partisan war. Then he meets Yeva and finds a love that sustains his soul. The Word Garden, Book 4. Maggie's prefect husband Gordon has a mistress and a business in financial trouble. Two things to draw him into crime and murder; two things he cannot confess to his wife. 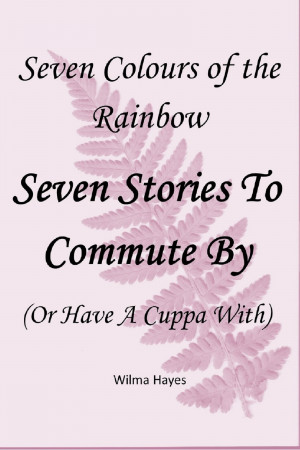 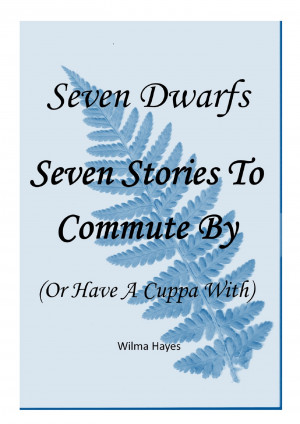 Seven Dwarfs: Stories to Commute By, Book 6 by Wilma Hayes
Series: Stories to Commute By (Or Have A Cuppa With). Price: Free! Words: 26,880. Language: British English. Published: October 8, 2019. Categories: Fiction » Humor & comedy » General, Fiction » Business
Seven more stories to Commute By (Or Have a Cuppa With): these are inspired (loosely) by the Seven Dwarfs of Snow White. Together they form a board of incompetent directors of a small company whose Chairman thinks they are a lot more powerful than reality would suggest. And he has this great idea. This is the last thing the Board members need. They all have worries that they do not want exposed. 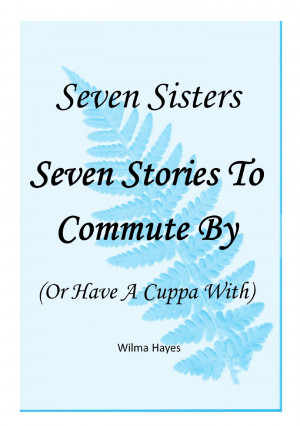 Seven Sisters - Stories to Commute By, Book 5 by Wilma Hayes
Series: Stories to Commute By (Or Have A Cuppa With). Price: Free! Words: 26,840. Language: British English. Published: September 29, 2019. Categories: Fiction » Mystery & detective » Short Stories, Fiction » Mystery & detective » Police Procedural
Seven Sisters. This set of stories is told in sequence to form a longer tale - a murder mystery. Mia Taylor is the new Detective Inspector at a station very familiar to her. She has trained and moved here for one very specific reason - you could call it revenge. In so doing, she has to face her new team - all with their own difficulties; the town she left years ago; a new murder and an old one. 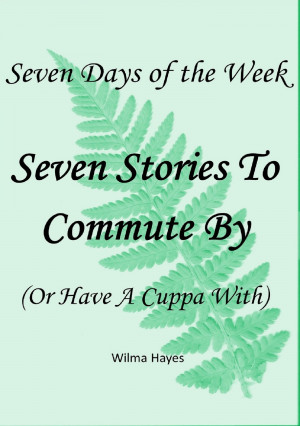 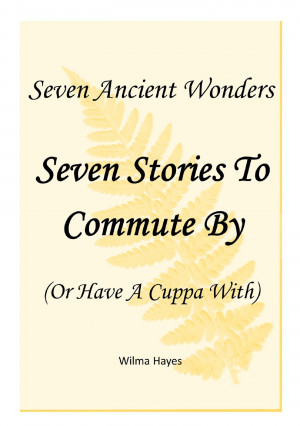 Seven Ancient Wonders, Stories to Commute By by Wilma Hayes
Series: Stories to Commute By (Or Have A Cuppa With). Price: Free! Words: 27,740. Language: British English. Published: August 28, 2019. Categories: Fiction » Romance » General
Seven Ancient Wonders is Part 3 of Stories to Commute By (or Have a Cuppa With). These are stories designed so that each takes 15 minutes or so to read - just long enough for one or two to give you a break in your journey or in your day. This one uses those magnificent structures of the ancient world as inspiration and although all being connected to war in some way, the main theme is love. 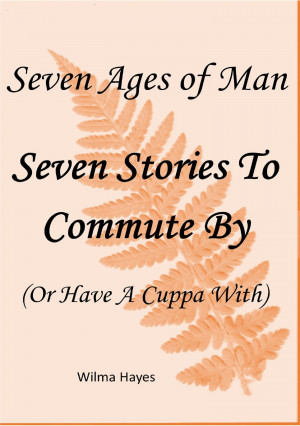 Seven Ages of Man - Stories to Commute By by Wilma Hayes
Series: Stories to Commute By (Or Have A Cuppa With). Price: Free! Words: 25,560. Language: British English. Published: August 16, 2019. Categories: Fiction » Holiday » Family, Fiction » Themes & motifs » Family sagas
Everybody knows that putting a whole family together in one house with an unspoken cloud of uncertainty over everyone in it, is not going to end well. An old man has something to say and the pressure of the unknown squeezes out a lot of secrets. This is one series in a set of seven designed to ease your commute to work or give you an excuse for a leisurely cuppa. 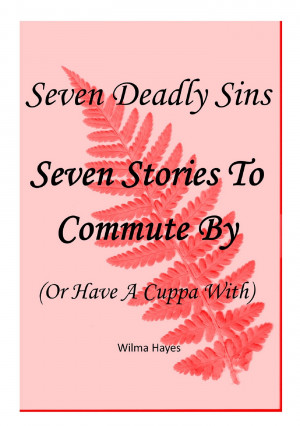 Seven Deadly Sins - Stories to Commute By by Wilma Hayes
Series: Stories to Commute By (Or Have A Cuppa With). Price: Free! Words: 34,190. Language: British English. Published: August 8, 2019. Categories: Fiction » Romance » Contemporary
Everyone loves a good sin and 'Seven Deadly Sins' are seven stories in which we meet four people all with issues needing to be addressed. Lust, Gluttony, Envy Greed, Sloth, Pride and Anger make each of them assess what is important, especially in the lives of the others! This is one series in a set of seven designed to ease your commute to work or give you an excuse for a leisurely cuppa. 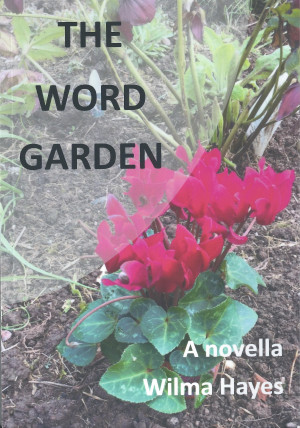 The Word Garden by Wilma Hayes
Series: The Welsh Marches, Book 4. Price: $1.00 USD. Words: 67,970. Language: British English. Published: September 1, 2017. Categories: Fiction » Women's fiction » General, Fiction » Coming of age
The Word Garden Book 4 The Welsh Marches Series Maggie's prefect husband Gordon has a mistress and a business in financial trouble. Two things to draw him into crime and murder; two things he cannot confess to his wife. Maggie however begins understand feminism, and the inevitable clash between her new views and Gordon’s rigid ones lead her to her flower garden and its very special plants. 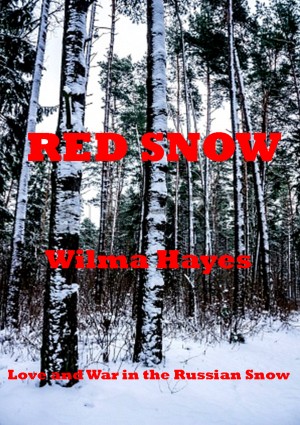 Red Snow by Wilma Hayes
Series: The Welsh Marches, Book 3. Price: $1.00 USD. Words: 140,070. Language: British English. Published: November 1, 2015. Categories: Fiction » Thriller & suspense » Spies & espionage, Fiction » Romance » Historical
Roy has a good job, strong morals, and a beautiful girlfriend. Then WWII begins. He hates war and stands up to say so, but is soon in a world of spies, deceit and the partisans of the Great Patriotic Russian War. It is only his skill as a Morse code operator that keeps him alive. Then he meets Yeva. This is a story of cruel war, deep snow, unforgiving cold and love that preserves a human soul. 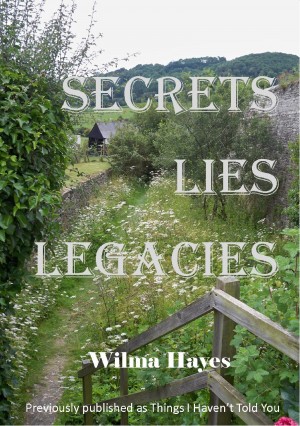 Secrets Lies Legacies by Wilma Hayes
Series: The Welsh Marches, Book 2. Price: $1.00 USD. Words: 109,150. Language: English. Published: March 26, 2015. Categories: Fiction » Mystery & detective » Amateur sleuth, Fiction » Romance » Contemporary
Everyone has secrets - haven't they? Mary and Tim appear to have a perfect relationship. This is when the world will conspire to prove otherwise. She hasn't told him everything and he hasn't been entirely honest either. Neither of them is quite willing to confess all their secrets. Controlling or unstable parents and a voice from the past needing help, all intervene. Then there are the children... 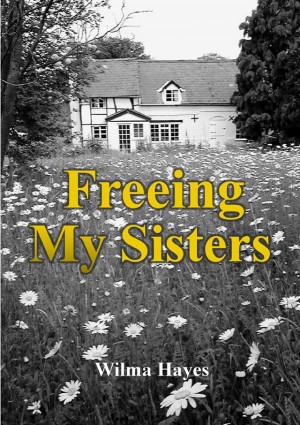 Freeing My Sisters by Wilma Hayes
Series: The Welsh Marches, Book 1. Price: $1.00 USD. Words: 105,180. Language: British English. Published: March 26, 2015. Categories: Fiction » Mystery & detective » Amateur sleuth, Fiction » Romance » Action/adventure
Mary Mitchell meets her new neighbour, Tim Spencer, when he slides out of his shower, dressed only in a pink towel, and lands at her feet. It is the dramatic beginning to a fast moving journey into a 16th century crime surrounding her new but very old house and a huge international modern day crime that threatens his career. It is also a voyage into a romance that neither of them is ready for.

You have subscribed to alerts for Wilma Hayes.

You have been added to Wilma Hayes's favorite list.

You can also sign-up to receive email notifications whenever Wilma Hayes releases a new book.