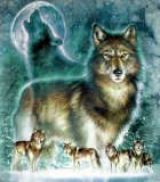 I'm an avid reader from all types of genres. I'm always looking out for a good book to read and willing to try a different kind of genre to explore my reading tastes further.

Belinda Boring
Latest book: From My Heart To Yours.
Published December 24, 2018.

You have subscribed to alerts for Angie Lenkevich.

You have been added to Angie Lenkevich's favorite list.

You can also sign-up to receive email notifications whenever Angie Lenkevich releases a new book.