Linda Hall spent the early years of her writing career as a journalist and freelance writer. She also worked in the field of adult literacy and wrote curriculum materials for adults reading at basic reading levels. In 1990 Linda decided to do something she'd always dreamed of doing, she began working on her first novel. The book she wrote, The Josiah Files was published in 1992.

Most of her novels have something to do with the sea. Linda grew up in New Jersey where her love of the ocean was born. When she was a little girl Linda remembers sitting on the shore and watching the waves and contemplating what was beyond. She could do that for hours.

Linda has roots in two countries. In 1971, she married a Canadian who loves the water just as much as she does. They moved to Canada and have lived there ever since. One of the things they enjoy is sailing. In the summer they basically move aboard their 34' sailboat aptly named - Mystery.

Both Linda's husband Rik and Linda have achieved the rank of Senior Navigator, the highest rank possible in CPS. The U.S. sister organization is the U.S.P.S. Linda's Senior Navigator diploma hangs proudly on her office wall. What this all means is that she knows how to use a sextant and can 'theoretically' find her way home by looking at the stars.

Where to find Linda Hall online 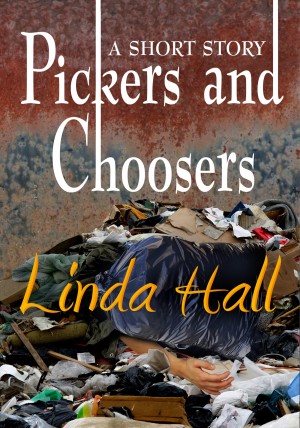 A group of young dumpster foragers witness a murder. Or do they? And why now, after twenty-seven years is the terrible memory resurfacing?

You have subscribed to alerts for Linda Hall.

You have been added to Linda Hall's favorite list.

You can also sign-up to receive email notifications whenever Linda Hall releases a new book.