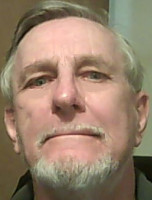 I graduated many years ago from the University of Sydney with a B.Sc. majoring in Geology, Geophysics and Pure Mathematics. My first full-time job was as a Rock Mechanic Engineer for the New Broken Hill Consolidated mine (now defunct) in the western part of NSW. I loved anything Science related and, through work, I subscribed to as many science journals that I could.

I picked up the FORTRAN programming language from a textbook so that I could write and modify stress analysis programs for the Rock Mechanics section of NBHC. With newly gained programming skills I moved to Adelaide to become involved in computer-based ore reserve estimation and mine planning. I also gained post-graduate computing qualifications from the University of Adelaide and picked up a couple more programming languages. After working a consulting role for about 10 years, I changed from the mining area to the teaching computer programming, database design and application development within TAFE (a post-secondary training part of the Education Department) in Perth for over 30 years.

With talk of topics such as worm-holes, space-time, the String Theory multiverses and excursions into the fourth-dimension, I started to feel that, over recent years, particle Physics and Astrophysics theory have become increasingly weird . The new mathematics that underpins Quantum Mechanics and the theories of Relativity were becoming more complex and specialized, accompanied by interpretations that were increasingly becoming more divorced from reality and void of practical application.

Upon retirement, as I had more time on my hands, I rekindled my infatuation with Science by dabbling in Particle Physics, initially concentrating on the models and research related to the nature of electrons, which escalated and eventually led to the development of the Spin Torus Energy Model (STEM). STEM is an energy-centric approach to Particle Physics that is underpinned by the simple hypothesis that ‘there is only one type of energy’. It has undergone several major re-vamps and name changes before ending up in its current form.

The first discussion paper published, ‘The Duplicit Electron’, related to the nature of the electron, electricity and electromagnetic fields. The journey leading to 'The Duplicit Electron' took about 4 years, and involved a lot of research and a steep learning curve to come to grips with the latest trends related to particle Physics. It also led to discussion papers and models for atomic structure and the nature of light, which took about another four years to fully sort out.

Feedback related to these STEM discussion papers has led to them acquiring position paper status, and led to the formation of the STEM Development Group (SDG), which now manages the three position papers and continues to update them.

The e-book ‘Fixing Modern Physics’ provides an overview of the six main ‘alternative’ Particle Physics theories since the 1990’s, including STEM, and addresses what is wrong with Modern Physics, and what cultural changes are required to make it more practical and relevant. 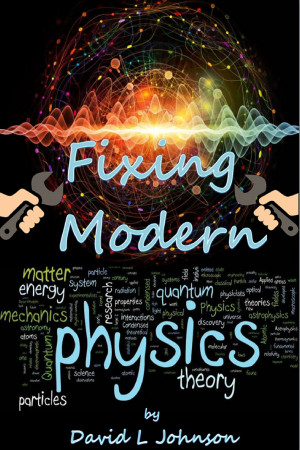 You have subscribed to Smashwords Alerts new release notifications for David L Johnson.

You have been added to David L Johnson's favorite list.

You can also sign-up to receive email notifications whenever David L Johnson releases a new book.