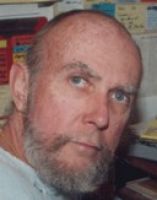 Snap bio updated by Cheater:
John Aalborg is an old unaccountable, traveling, card-carrying member of the working class who can write. Thanks to the invention of the portable laptop, he has been able to type his hard-boiled, originally handwritten crime (and other) novels into digital form. Bleep-Free Press is currently working to get his page-turners into print and e-book form, and eventually into the public eye.. Along with internationally published "over the road" articles (including NEWSWEEK and COSMOPOLITAN), which he did, he says, out of desperation, Aalborg wrote the Axel McKay radio-play series aired coast-to-coast on the WLAC Nashville network, numerous magazine publications of trucking experiences in foreign countries, and for 4 years wrote a monthly road column with me: "Don't Ask Us!" by Mo'hammer and Cheater. Never boring and often controversial, Aalborg's pithy and morally suspect characters, both male and female, bring the reader to places rarely seen.
Aalborg has been able to elude punishment, jail, and notoriety for his entire life despite a long list of bizarre occupations, including a well-lived 3 years in the black market trade in Europe, when in Germany he was eventually deported back to the USA (his iconic, antique, Mercedes roadster confiscated). Soon after, with a young family in Miami, one of his less risky employments was writing under the pen-name Stephan Aalborg back when racy books and magazines were censored in the USA - "girlie books" - banned unless each edition contained new "literary content". When the courts ended this requirement the bottom dropped out of that writing market, and Aalborg ascended into psychedelic drugs while still writing on the side. During this time he wrote the beautiful and gamy novel : "ALL MEAT - A Redneck Meets LSD-25". This accurate counter-culture drama, featuring a page-turning dysfunctional family in 1970, was released just last year. The typewritten manuscript was misplaced and lost - as only a "head" can do - for 40 years. Around 1980 John began moving away from Miami, "The Magic City", to his present, undisclosed hidey-hole, where years later a dangerously-younger new girlfriend, me, prodded him to do something with the novels and essays which had been piling up on legal pads and in boxes in his RV. This, and with major encouragement from an Australian writer and editor, finally resulted in John allowing us to get his longer work into print while attempting to keep his whereabouts a secret. "I could stay invisible in Miami," he likes to say.
Aalborg's history is a story-book in itself, much provided by job skills and experiences unrelated to each other. Like ten years as a state-licensed locksmith in Miami-Dade, where many of his less ethical assignments were for law enforcement; five years as an EMT for a backwoods hospital and ambulance crew; many more years driving OTR flatbeds (interstate) for long-haul trucking companies; and turning down that work during slow winter seasons. Keeping warm but barely making a living at times, Aalborg worked graveyard shifts at Florida fuel-stops on exits off I-10, where he packed a gun and took care of his own law enforcement.
In other words, Aalborg can take the reader into worlds the average person would love to get an exciting and often scary look at, but preferably at a distance and in the comfort of an armchair.
Update: Since retiring from driving big trucks, Aalborg has kept buried his social life as well but now writes full-time. He does his best to keep his location and contact numbers secret and has pulled himself from Facebook and the like. His next crime
novel, however, will be out in a big paperback in early Spring 2016 (if I still have any influence) and serialized as an e-Book in 2 book-length parts here at Smashwords and other e-book retailers, the first part free or close to it.
-- Update by Cheater, Bleep-Free Press, 16.December.2015

Where to find John Aalborg online 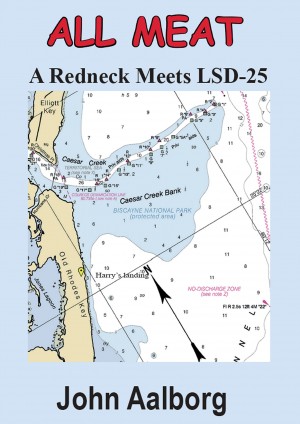 All Meat — A Redneck Meets LSD-25 by John Aalborg
Price: $0.99 USD. Words: 122,640. Language: English. Published: August 16, 2016. Categories: Fiction » Cultural & ethnic themes » Cultural interest, general
All Meat is a hairy 60s-era trip with a dysfunctional white family in a changing Miami neighborhood as they deal with psychedelic drugs and racial integration. The exotic urban adventures and risky, boat tripping runs to barrier islands, the often scary free sex, and the hilarious attitude in the workplace toward Sandoz LSD are presented in up-front gritty stories. An arm-chair trip of a lifetime. 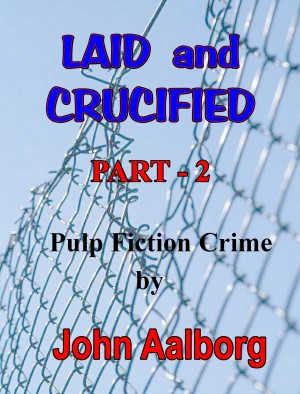 Laid & Crucified — Part-2 by John Aalborg
Price: $3.95 USD. Words: 128,510. Language: English. Published: July 6, 2016. Categories: Fiction » Thriller & suspense » Crime thriller
A drama/thriller which pairs tales of murder, kidnappings, and lust with stories of true love, and joins unusual perps with "good" citizens while sparing neither the religious nor the infidels. Unfolding events, however, allow a few from both sides to survive the resulting carnage. 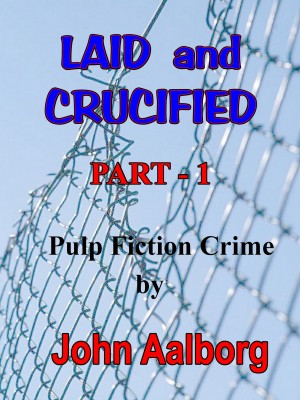 Laid & Crucified - Part-1 by John Aalborg
Price: Free! Words: 102,220. Language: English. Published: June 28, 2016. Categories: Fiction » Thriller & suspense » Crime thriller
A drama/thriller which pairs tales of murder, kidnappings, and lust with stories of true love, and joins unusual perps with "good" citizens while sparing neither the religious nor the infidels. Unfolding events, however, allow a few from both sides to survive the resulting carnage. 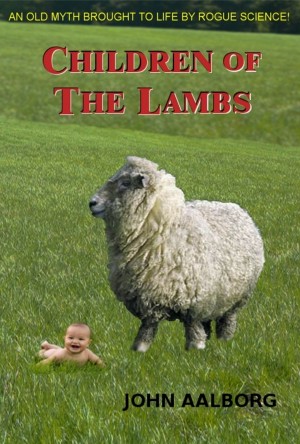 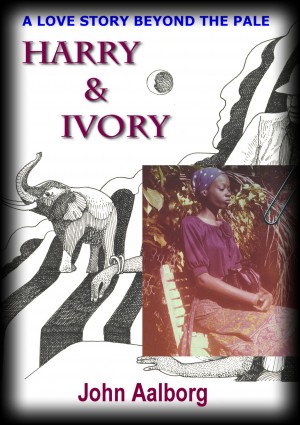 Infidelity with heart & fidelity! "Harry & Ivory" is the unique story of an enthusiastic, white, family man and well-paid boat mechanic who becomes obsessed with black girls while never faltering in the love for his wife and children. Harry Schaffner's extra-marital desires come to a boil, however, when he becomes besotted with a young woman who would be considered strange for any race 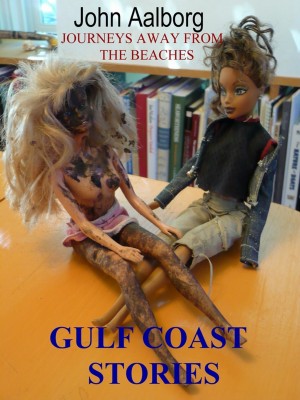 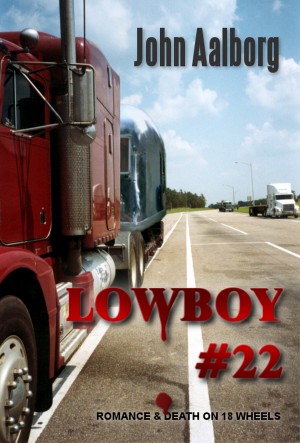 Lowboy #22 by John Aalborg
Price: $2.99 USD. Words: 89,170. Language: English. Published: April 21, 2011. Categories: Fiction » Plays & Screenplays » American, Fiction » Mystery & detective » Hard-Boiled
"Lowboy #22" is the story of a missing, semi trailer-truck and its mysterious cargo. The characters include an armed and dangerous old lady; a set of beautiful, deaf-mute, Haitian, twin girls; a pet monkey with serious needs owned by a thieving and ambitious nymphet; and the return of a trucker's ever-horny sister as they trail murders and sweet romance across the highways of the southeast USA.

You have subscribed to alerts for John Aalborg.

You have been added to John Aalborg's favorite list.

You can also sign-up to receive email notifications whenever John Aalborg releases a new book.