Adam Leverton is the host of the infamous Hockey History Podcast . A life-long hockey fan and self-taught hockey historian.

How did you get involved in the podcasts?
I am a big fan of podcasts, and of hockey podcasts especially. I had a podcast called 'World Hockey Report', and the problem is that a podcast about sports generally doesn't have much of a shelf-life. I wanted something that a person could come back to again and again, even if it was a year or two later.
What was your inspiration for the book?
It's all part of my mission to promote the idea that hockey is not just something that is played in Canada, it's played all over the world. The NHL released a list last year of the greatest hockey players of all time, and it contained very few Russians and no women.
Read more of this interview. 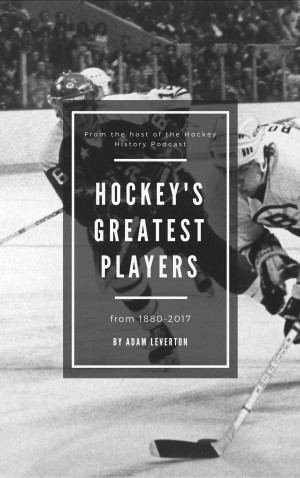 You have subscribed to alerts for Adam Tod Leverton.

You have been added to Adam Tod Leverton's favorite list.

You can also sign-up to receive email notifications whenever Adam Tod Leverton releases a new book.