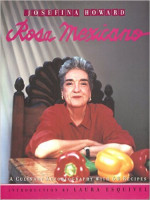 Josefina Howard, born in Havana Cuba to Spanish parents, wound up living in New York and then moved to Mexico and stayed there for many years. She became fascinated by the food of the country and when she moved back to New York, she noticed that the Americans had a misconception of what real Mexican food was and she decided to open her first restaurant, LA FOGATA. It was an instant success. The costumers were little skeptical at first since they never had seen or tasted this food but the minute they tried it, they couldn't get enough. She then opened another restaurant in SOHO called CINCO DE MAYO and people had to wait days to get a reservation for dinner at the place. at this time she had enrolled in the Peter Kump School of Cooking in NY to refine her skills as a chef. In 1984 she opened her masterpiece, ROSA MEXICANO in Sutton Place, NYC along with some financial partners and it became one of the most popular restaurants in NYC.
Her signature appetizers were Guacamole made table side in a lava stone bowl called MOLCAJETE and frozen pomegranate margaritas made with real pomegranate juice. And that was just to start.
This book, ROSA MEXICANO: A Culinary Autobiography, apart from telling her story of a self made, independent woman, has 60 of the best recipes that made Rosa Mexicano an International success. Josefina Howard passed away in 2003 but her legacy lives on as there are now more than 12 Rosa Mexicano Restaurants Internationally.

Where to find Josefina Howard online 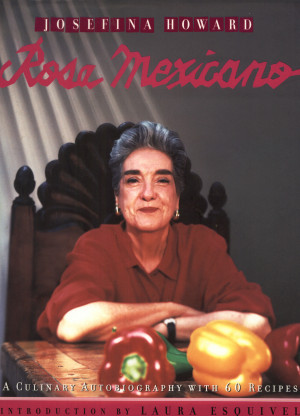 Rosa Mexicano: A Culinary Autobiography (With 60 recipes) by Josefina Howard
Price: Free! Words: 86,040. Language: English. Published: May 24, 2017. Categories: Nonfiction » Cooking, Food, Wine, Spirits » Mexican, Nonfiction » Biography » Woman biographies
This is not just a cookbook. It is the Story of how a self made, independent woman became one of the most important pioneers in fine Mexican food dinning in the United States. The recipes are the ones that made Rosa Mexicano NYC famous and from there a whole chain has grown to more than 14 restaurants internationally and growing.

You have subscribed to alerts for Josefina Howard.

You have been added to Josefina Howard's favorite list.

You can also sign-up to receive email notifications whenever Josefina Howard releases a new book.