Research:
History of famous Villages of Doaba, Freedom moment, Political moments, about 1947 and famous Personalities for newspaper Nawanzamana's column '' Itihaas Dean Parrhan (Footsteps of History)". About Naxalwari Moment.
Active in Tarksheel Society since 1993 for scientific awareness.
1988 to 1995 active as actor and drama-director in Punjabi Theatre.

Literary Achievements:
Punjabi University Patiala has choosen some of my writings for their different courses such as: An article 'Exploitation of Nature'(Kudrat Dee Lutt) in book 'Environment Awareness'(collection of articles) for M.A Punjabi Part-2, since 2004. An other article 'Dharti te Vadh Rahi Tapsh da Kehar;' in book 'Environmental Problems and their Solutions' (Vatavarni Masle te Samadhan) since 2008 for B.A Part-1. Story' IQbal Hussain Moya Nahi' in book 'Katha Sansar' since 2009 for B.A Part-2.
Delhi University has choosen one of my story '' Iqbql Hussain Aje Moya Nahin'' for Graduation class.
Jasvir Kaur student of Muktsar, Regional Centre of Punjab University Chandigarh have done research on subject ''Ajmer Sidhu Dee Kahani Kala'' for her M.Phil under the guidence on Dr Surjit.
Many stories have been translated into English, Hindi, Urdu, Bangla, Shahmukhi and many more languages.
Foundation Of Saarc Writers And Literature ( FOSWAL) Folklore and Heritage Festival
I have participated in 'Third American Punjabi Story Confrence' organised by Punjabi Sahit Sabha California(Bay Area), in Milpitos on September 2006. I also read research papers on topic '' Amriki Punjabi Kahani de Pashann Chin''. During the stay of 8 weeks I have travelled many historical and tourist places in three states on America. I have also participated in many sports, literary and cultural programs in California.
vipsa vishwa punjabi sahit academy Fremont, California, America 2012
Main aim of my writings: - Human Liberty
Belief: - Struggle for freedom of humanity and well-being through liberal thought and liberal writings.
Story: - Mainly concentrated on modern human's mental complications and social-confusions.

Where to find Ajmer Sidhu online 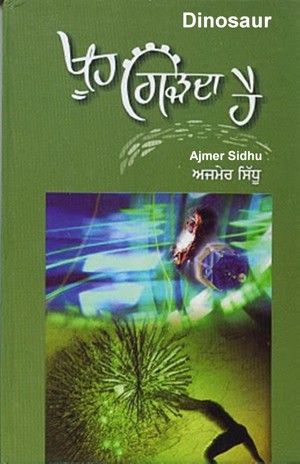 this a story of current social scenario where foolish representatives rule over intellectual people whose thinking and creations are not valued and acknowledged due to lack of vision. 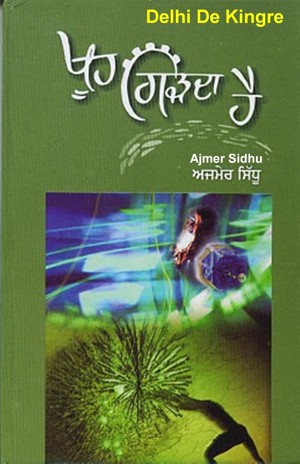 You have subscribed to alerts for Ajmer Sidhu.

You have been added to Ajmer Sidhu's favorite list.

You can also sign-up to receive email notifications whenever Ajmer Sidhu releases a new book.