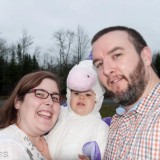 A little bit of a nerd and zombie fanatic. I'm a programmer by trade on the east coast of Canada with 2 wonderful children and wife I wouldn't imaging being without. Writing has been something that I've always wanted to do, ever since writing short stories when I was growing up.

The first book I ever bought was Night Shift by Stephen King, and it terrified me to no end, then I went out and got another.

When you're not writing, how do you spend your time?
I spend time playing with my kids, reading and listening to music. Many of the books that I read often lead to inspiration for an idea of something that I want to do the next time I sit down to write.
What are your five favorite books, and why?
Stephen King - 'Salems Lot

I read this book back in University while living in a century home off campus. The big open areas, hallways that go on forever, trees knocking on the windows when it was windy added to the terrifying nature of what has to be his scariest book.

The first book in the Joe Ledger series had me hooked from the end of the first chapter. I couldn't get enough of how this man thought, how he reacted to everything that was happening around him. As the series progressed I was still enthralled by the complete list of characters who were added to his team.

I first heard of David Moody through is "Autumn" series of books and picked up the "Hater" book on a whim, I couldn't believe how well this man comes up with captivating stories and unique situations. Being a new father when I read this, the heart ache of being separated from his kids really go to me.

Annie Walls - Taking on the Dead

I found her book in the first StoryBundle that I picked up and found myself unable to put the book down. Her book was the first I read that had a slightly different take on zombies that what I've been used to. They acted differently, they reacted differently and they gave me the inspiration that not all zombies have to be sluggish George Romero zombies.

This came from another StoryBundle. The entire book is told from the point of view of a dozen people as they deal with life being a zombie, they no longer have control over their bodies but they are well aware of everything that they're doing.
Read more of this interview.

Where to find Albert Yates online

The Dead Rising by Albert Yates
Follows a small group of people as they navigate the dangerour world that has consumed their small town. 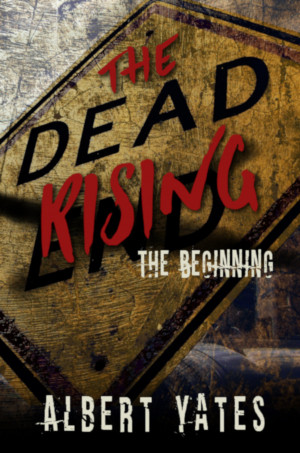 The world has become a different place since Henry woke up this morning and decided to go for a run on his treadmill. His neighbour seems to be acting strange, no one is working at the radio station, and the 911 operator rushed him off the phone when he called. What happened to his town while he was sleeping and will Henry be able to survive the dangers that lie outside of his house?

You have subscribed to alerts for Albert Yates.

You have been added to Albert Yates's favorite list.

You can also sign-up to receive email notifications whenever Albert Yates releases a new book.