Writing and theatre have always been my great passions and I have been fortunate to have been able to keep both in my life - despite the many distractions that have led me astray over the years. So often we put aside those things most important to us while we attend to the ordinary demands of life, until one day we stumble across that neglected part of ourself and wonder how we came to neglect it for so long. All of us should remember that if something is worth dreaming about, it is worth acting on.

My first completed play, Daisy Chain (co-written with my daughter, Eryn) was produced in Melbourne in 2010. Before that, I had written Blue Fire and Ice and Furnaces of Forge, young fantasy novels that introduced readers to a unique and magical place simply called The Land, with its assortment of delightful and special characters and the adventures that befall them.

After that came Brimstone, the first in the four-book series, Earth, Air, Fire and Water. Its sequel, Hourglass is nearing completion. I am also completing a literary historical romp called Master Quickly. Oh, and I mustn't forget a children's picture storybook titled Buckle and the Pirate, with illustrations by the wonderful artist Serena Riglietti, who (among a great many other achievements) was the illustrator of the Italian edition of the Harry Potter books. Rather than release Buckle and the Pirate as a traditional book, I am planning to develop it into an interactive book app. Last, but not least, I have also done some freelance work, including an article for the Guardian books section.

Earning enough from my writing to keep body and soul well-nourished is a fine ambition. But, like many an author, simply being read beats everything else.

Where to find Alan Skinner online

The Land's Tale by Alan Skinner 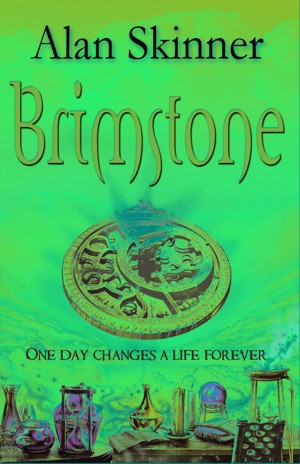 Brimstone by Alan Skinner
Series: Earth, Air, Fire and Water, Book One. Price: $2.99 USD. Words: 79,360. Language: English. Published: June 19, 2013. Categories: Fiction » Adventure » Action, Fiction » Historical » Renaissance
Taken from her home to be apprenticed to the world's greatest alchemist, Jenny Swift enters a world different from anything she could have imagined. Frightened and friendless, she has only her courage, intelligence and talents she doesn't realise she possesses to help her survive the nightmare world of murder, intrigue and betrayal. Jenny finds that to save her world she must first save herself. 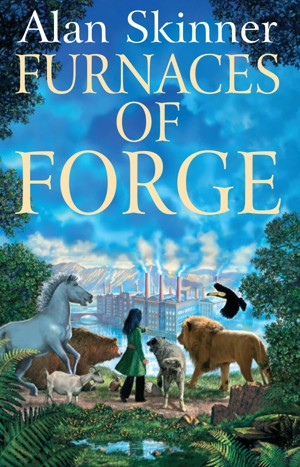 Furnaces of Forge by Alan Skinner
Series: The Land's Tale, Book Two. Price: $2.99 USD. Words: 77,070. Language: English. Published: June 19, 2013. Categories: Fiction » Fantasy » General, Fiction » Children’s books » Fiction
The second book in The Land's Tale series is darker and edgier than the first, the brilliant Blue Fire and Ice. The same humour and quirkiness are still evident but the action is more relentless and the peril facing the Land more immediate and personal. Nonetheless, it is still a book for adventurous readers who are not afraid of being taken to new places, and who love to travel with good writing. 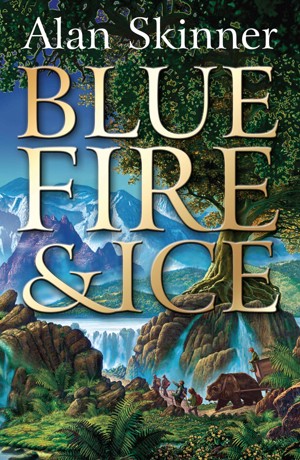 Blue Fire and Ice by Alan Skinner
Series: The Land's Tale, Book One. Price: $2.99 USD. Words: 107,350. Language: English. Published: June 18, 2013. Categories: Fiction » Fantasy » General, Fiction » Children’s books » Fiction
An original and brilliant take on fantasy and imagination in the tradition of Alice in Wonderland and The Wind in The Willows. This is a gripping adventure fantasy filled with humour and irresistible characters set in a beautifully realised fantasy world that will enchant teens and adults alike. Blue Fire and Ice is the first book in The Land's Tale series.

You have subscribed to alerts for Alan Skinner.

You have been added to Alan Skinner's favorite list.

You can also sign-up to receive email notifications whenever Alan Skinner releases a new book.