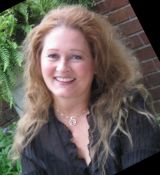 Amy was born in Columbus, Ohio in 1954. She attended North Central High School in Indianapolis, IN. She graduated from Indiana University with a Business degree, in 1977. She earned her Masters in Business Administration in 1980 from the University in Evansville, IN.

Ever since she was old enough to hold a pencil, she wrote lyrics to songs, stories, and simple poems. Though Amy always enjoyed the creative writing classes and workshops, she pursued a career in various aspects of business. Her passion continued to be writing stories, essays, articles, and poetry into her adult years.

Amy has been published in tabloids Hoosier Sportsman, Hoosier Outdoors, (in Indiana) and a holistic tabloid Branches, (in Indianapolis, Indiana). She was published in national magazine Lotus: Personal Transformation. The introduction of PC’s created a highly efficient manner of putting her thoughts down on paper. Her literary projects can be found at www.rebelodyssey.com. The Rebel Odyssey website was originated in 2003. Here is where she has self-published her writings of five decades.

Amy’s meditation book “Prepare for the Harvest” has been her first book published, in both hard-copy and ebook format. It is a book of daily reflections for those people who wrestle with addictions and Borderline Personality Disorder. This book gives 366 snippets of suggestions, recovery tools, humor, wisdom and quotes from famous people, movie personalities, cartoon characters, writers and philosophers. It was published in November 2011, and the eBook quickly followed

Amy's second book, "Destiny of Detours", is a "Roman a clef" autobiography of her life, her journey, and her recovery. The printed version of this book was published in 11-1-17 through LuLu Books. a link to the hard-copy is available on this website. The eBook format was released on 9-29-18. Amy may be contacted through her websites with questions of recovery, alcoholism, Borderline. She resides with her life partner Doug Bunch and their cat Ki-Ki. 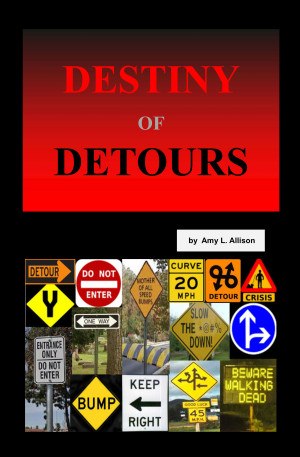 Destiny of Detours by Amy L. Allison
Price: $2.99 USD. Words: 149,740. Language: English. Published: September 28, 2018. Categories: Fiction » Inspirational
Analise's life is a story of self-destruction and redemption. As the first-born child of dysfunctional middle-class parentage, her father's alcoholism and mother's mental illness produced the lack of self-esteem and skills needed to navigate life without going off the rails. Alcohol and Borderline Personality Disorder fueled the brazen actions that led to her self-inflicted psychological wounds. 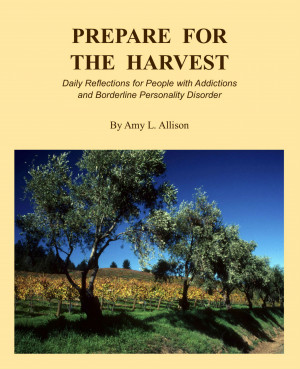 Amy has been published small tabloids around Indiana, and was published in the magazine Lotus: Personal Transformation. She has been writing since the age of 8. Amy's website of poetry and short stories can be found at Rebel Odyssey website. “Prepare for the Harvest” has been her first book published. It gives 366 snippets of suggestions, recovery tools, humor, and wisdom from her journey.

You have subscribed to alerts for Amy L. Allison.

You have been added to Amy L. Allison's favorite list.

You can also sign-up to receive email notifications whenever Amy L. Allison releases a new book.