Alica McKenna Johnson lives in Southern Arizona with her kids, her cats, and the many voices in her head yammering for their stories to be told. Fueled by her love of people, travel, and cultures Alica writes emotionally rich stories. Snark, humor, and magic are woven through her books.

When not writing Alica supports other people's writing dreams. Through individual and group coaching programs she gives back the support, skills, techniques, and passion that other writers gave, and continue to give, to her.

During her free time, which you need a magnifying glass to find, she can be found binge watching Netflix, at the movies with friends, or getting her yoga on.

For a limited time, you can get a FREE Children of Fire short story! Visit here to find out more: http://eepurl.com/bc5bzn

Legacy of the Feathered Serpent: Book Two in the Children of Fire Series
Price: $4.99 USD. 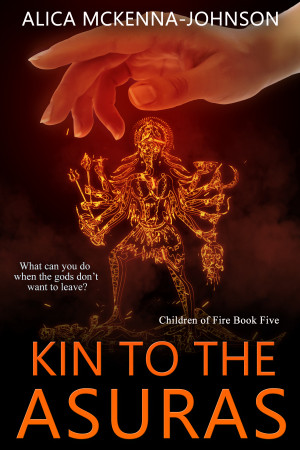 Kin to the Asuras by Alica Mckenna Johnson
Series: Children of Fire. Price: $4.99 USD. Words: 74,150. Language: English. Published: March 9, 2018. Categories: Fiction » Fantasy » Paranormal, Fiction » Fairy tales
All Sapphire wants to do on vacation is relax, sort out her confused heart, and wait for her cousin to be born. But the Asuras and magical beings of India have been waiting for the Jewel of Akasha and they don’t want to go home; they want power. To heal the benevolent, Sapphire can’t separate out the evil — all will have access to the energy of Akasha. And that will bring Cartazonon right to them. 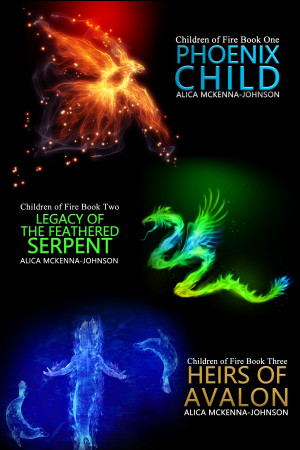 Children of Fire Series Box Set: Books 1 - 3 by Alica Mckenna Johnson
Price: $9.99 USD. Words: 292,860. Language: English. Published: January 10, 2018. Categories: Fiction » Fantasy » Paranormal, Fiction » Young adult or teen » Fantasy
Travel the world with the Children of Fire! As a group home kid, Sara never expects to be part of a family, much less have a different name, meet a unicorn or wake up one day with magical powers. But that’s exactly what happens when she turns fifteen. After that, life gets a little more crazy and a lot more dangerous. This box set includes Books 1 - 3 of the Children of Fire Series. 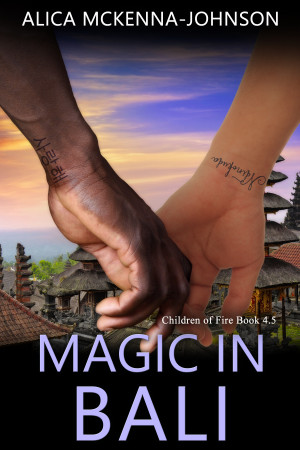 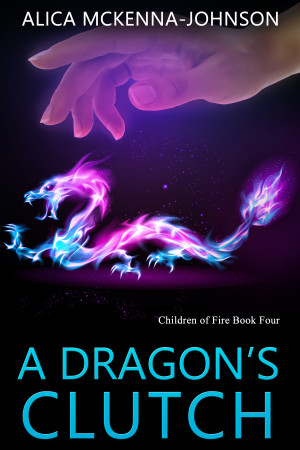 A Dragon's Clutch by Alica Mckenna Johnson
Series: Children of Fire. Price: $4.99 USD. Words: 93,670. Language: American English. Published: March 1, 2017. Categories: Fiction » Young adult or teen » Fantasy, Fiction » Fantasy » General
A tormented creature haunts the Suicide Forest calling the hopeless to their death. With innocent lives on the line Sapphire must trust herself to lead her family and friends through the dangerous beings of Japan. Burdened by the memories of her failures and hurt by her friends’ distrust Sapphire isn’t sure how she can make it another day. 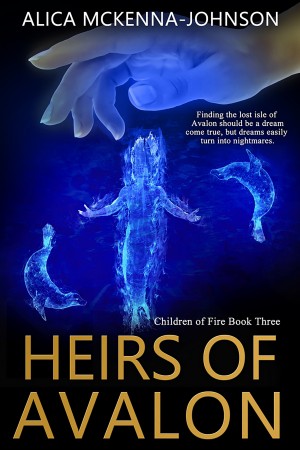 Heirs of Avalon: Children of Fire by Alica Mckenna Johnson
Series: Children of Fire. Price: $4.99 USD. Words: 110,360. Language: English. Published: April 27, 2016. Categories: Fiction » Young adult or teen » Fantasy, Fiction » Fantasy » Paranormal
Christmas lights and her sixteenth birthday brighten Sapphire’s days. Her London nights are warmed by the attentions of Ramsey, a kilt-wearing selkie. The Children of Fire's bond is weakened, allowing a new evil to grow around them. Now, Sapphire has to choose between her own happiness and her responsibilities as the Jewel of Akasha. 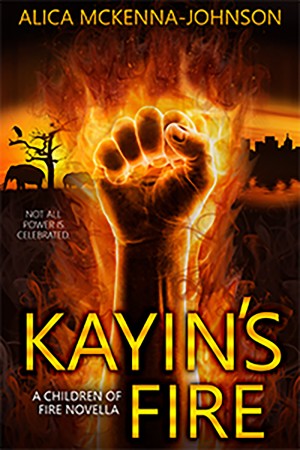 Kayin's Fire: A Children of Fire Novella by Alica Mckenna Johnson
Series: Children of Fire. Price: $1.99 USD. Words: 26,810. Language: English. Published: February 4, 2016. Categories: Fiction » Young adult or teen » Fantasy, Fiction » Fantasy » Paranormal
Children of Fire come into their Phoenix powers on their fifteenth birthday. For some the change is celebrated, but Kayin wakes to a nightmare. After being kicked out of his villiage in Zimbabwe. Saved by other Children of Fire, Kayin must learn to control his power and adjust to the chaos of New York City. But will he be able to cope with the aching desire to return to the home he loves? 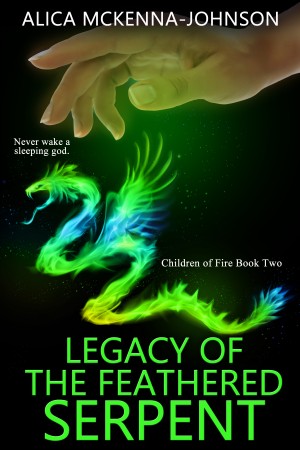 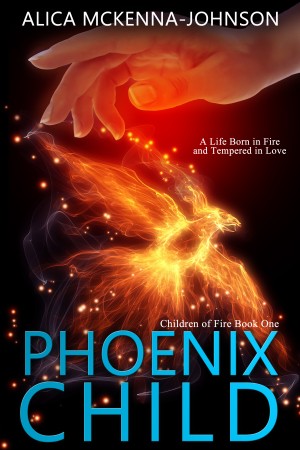 Fifteen-year-old Sara walks into the San Francisco Center for the Circus Arts determined to ignore the freaky things happening to her. She clings to her life as a foster kid successfully working the system as dreams, powers, and magical creatures drag her towards her destiny. Sometimes great things are thrust upon us. Sara just wishes it didn't include a new name, unicorns, and catching on fire.

You have subscribed to alerts for Alica Mckenna Johnson.

You have been added to Alica Mckenna Johnson's favorite list.

You can also sign-up to receive email notifications whenever Alica Mckenna Johnson releases a new book.