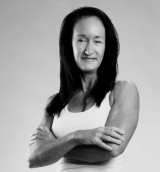 Amanda Barlow is a contract geologist who has worked within the minerals, coal seam gas and offshore oil and gas industries. Through resource industry busts and booms and a career hiatus taken to raise three children, Amanda’s resilience and resourcefulness has seen her transition from a hard rock geologist working on base metal drilling programs to a wellsite geologist in the coal seam gas industry and then in offshore oil and gas drilling programs; a career spanning over 30 years. Through working with some of the biggest resource companies in the world Amanda has worked within the most stringent safety cultures in the industry. Once the domain of all-male workforces, while the offshore drilling industry now employs a small percentage of females, it is still common to be the only female on the rig with up to 180 males at times. The offshore workforce is made up of specialists from around the world who have to work in harmony despite language, culture and gender differences. Amanda describes what it’s like to work in this environment and the challenges facing people who constantly travel long distances to work in remote areas of the world, spending weeks away from family and friends.

Amanda is also a recreational marathon runner and has run nearly 40 marathons in 15 different countries around the world, including the Jungle Marathon, in Brazil, the story of which was told in her first published book: “Call of the Jungle – How a Camping-Hating City-Slicker Mum Survived an Ultra Endurance race through the Amazon Jungle.” In this book Amanda describes the agony and the ecstasy of her experience as she, along with 76 competitors from 22 different countries around the world, leaves the comforts of home behind to spend a week racing through the deep Amazon Jungle with just a hammock and a backpack.

After running her first marathon in 2009 at the London Marathon, she has since completed marathons on all seven continents, earning her an entry into the Seven Continents Marathon Club in November 2012, after running the following marathons: London and Gold Coast 2009, Barcelona and Marine Corps Marathon (Washington DC) 2011, Kilimanjaro Marathon (Tanzania), Great Wall Marathon (China), Inca Trail Marathon (Peru), and finally the Antarctic Ice Marathon in 2012. Amanda’s list of marathons also includes the ill-fated 2013 Boston Marathon where she was only 1km from crossing the finish line when the bombs exploded. The 56-year old mother of three adult children does most of her training for marathons on a treadmill, due to the amount of time spent offshore. She has also been heavily involved in the fitness industry and has been an accredited and registered personal trainer for the past 24 years.

Where to find Amanda Barlow online 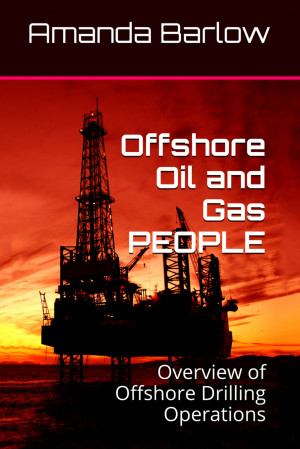 Offshore Oil and Gas PEOPLE by Amanda Barlow
Price: $4.99 USD. Words: 29,680. Language: English. Published: February 19, 2017. Categories: Nonfiction » Career Guides » Science, Nonfiction » Engineering, trades, & technology » Petroleum
Offshore Oil and Gas PEOPLE is an overview of what it’s like to work on an oilrig, and the role everyone plays. This handy guide can serve as a pre-deployment induction manual for all new starters in the industry so they know what to expect when they get to a rig for the first time or for people wanting to get into the industry. Also an informative guide for family and friends of offshore workers. 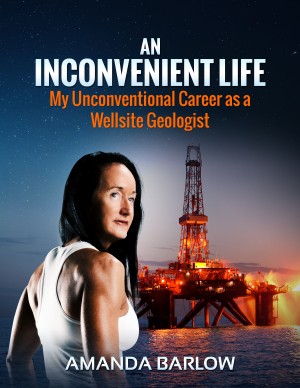 An Inconvenient Life: My Unconventional Career as a Wellsite Geologist by Amanda Barlow
Price: $5.99 USD. Words: 68,100. Language: English. Published: July 13, 2016. Categories: Nonfiction » Biography » Autobiographies & Memoirs, Nonfiction » Science & Nature » Earth sciences
Follow the unconventional career of Geologist Amanda Barlow as she details a career spanning over 30 years that has got her to where she is today – a Wellsite Geologist working in the offshore oil and gas industrya career spanning over 30 years 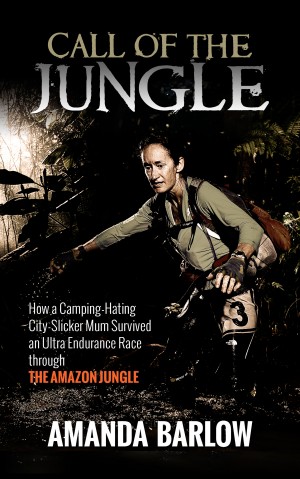 Call Of The Jungle - How a Camping-Hating City-Slicker Mum Survived an Ultra Endurance Race through the Amazon Jungle by Amanda Barlow
Price: $2.99 USD. Words: 64,900. Language: English. Published: May 6, 2014. Categories: Nonfiction » Sports & outdoor recreation » Running & jogging
Amanda Barlow describes the agony and the ecstasy of competing in the Jungle Marathon, the world's toughest endurance race. Leaving the comforts of home behind, she spends a week racing through the deep Amazon Jungle with just a hammock and a backpack. Every day provides new challenges, unpredictable obstacles and formidable weather that will test her physical and mental resolve to their limits.

You have subscribed to alerts for Amanda Barlow.

You have been added to Amanda Barlow's favorite list.

You can also sign-up to receive email notifications whenever Amanda Barlow releases a new book.