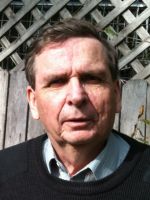 Andrew McBurnie was born in Hull, UK, and emigrated with his family to Australia in 1966. He lives in Sydney.

Starship Walker grew out of my desire for a mode of interstellar travel which seems more believable to me than warp drives, stargates or any other of the other current SF means of bypassing the dismal fact that the enormous distances between the stars are very unlikely to be crossed by human beings. I also wanted to include as part of the story some more recent discoveries of astronomy, particularly the fact that our home system exists in an enormous, safe bubble inside the galactic clouds, from which it will depart in a few million more years into a much more hostile environment. Much SF seems oblivious to this.

Fear Week is about the city where I grew up, Hull, in the Yorkshire East Riding. It was the second most bombed city after London, but was always kept secret during the war. Hull was only referred to as 'a north-eastern city'. This is not widely known. As children, we were accustomed to bombed-out ruins: in the way of children, we thought it was normal. The early sixties was an era when all young people knew that at any moment, their lives might be ended by a nuclear war, a threat that was just called 'The Bomb'. The phrase, 'press the button', was widely used to mean the end of the world. The Cuban missile crisis was very nearly it. It's surprising that many people nowadays don't know how close we came - and aren't aware that the danger still exists.

Where to find Andrew McBurnie online 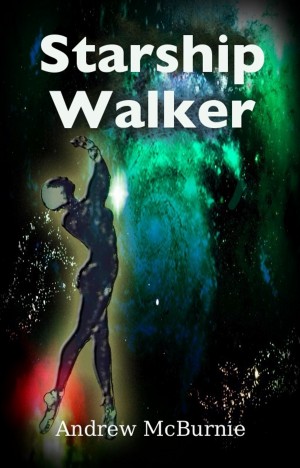 Starship Walker by Andrew McBurnie
Price: $3.99 USD. Words: 71,190. Language: English. Published: June 25, 2015. Categories: Fiction » Science fiction » Hard sci-fi
By foot across the galaxy: Walkers pilot starships, but few people have the mental talents to control the weird quantum technology that powers a star-drive. When an enigmatic force disables the two Walkers on board the Xinglong Hao, novice Walker Gillian Berry is thrust into the role before her training is finished. But she has problems that could cause disaster for the ship. 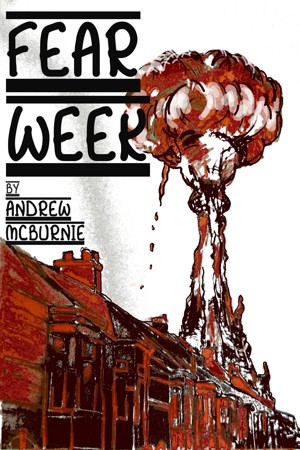 Fear Week by Andrew McBurnie
Price: $3.99 USD. Words: 79,730. Language: British English. Published: September 15, 2012. Categories: Fiction » Young adult or teen » War, Fiction » Historical » United Kingdom
Kids: Have you realised your parents are insane yet? Teenager Adrian Thorby is about to experience a week of embarrassing and comic incidents. He's scared: it's 1962, the week of the Cuban missile crisis, and nuclear war menaces the world. Adrian is a science-fiction fan who fears he won't live to see a futuristic world of space travel and robots. And he will never have a girlfriend.

You have subscribed to alerts for Andrew McBurnie.

You have been added to Andrew McBurnie's favorite list.

You can also sign-up to receive email notifications whenever Andrew McBurnie releases a new book.