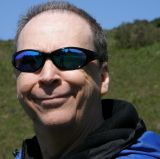 Oran is a researcher specializing in health and healing. He is also an avid, long-time juicer.

Now in his 70's, he attributes his younger appearance to the healthy practice of daily juicing.

Born in Phoenix AZ, he was quickly whisked away to sunny California, where he has remained ever since. "Why leave good weather? Life has enough unpleasantness without adding a miserable climate to the mix."

He attended the University of California San Jose for more years than he cares to remember. "Eventually stumbling out into the real world armed only with 2 pieces of paper: Master's degrees in Psychology and in Physical Education.

"I soon learned that paper doth not a career make. Having no real skill other than classroom sitting, I made a brilliant career choice ... and returned to college. This time computers were the bright shiny object that held my attention ... for the next half century."

Even today Oran spends 12 hours a day, 7 days a week staring at the 1-eyed beast that patiently stares back. Computers were and still remain his weapon of choice.

His calling came early. His passion was the martial arts. With black belts in Kung Fu and JuJitsu, lesser rankings in Judo, Aikido, and TaeKwanDo, and the traditional non-ranking of Tai Chi, he was ready to take on the world, figuratively and literally.

He settled into a life of teaching. But Life had other plans for the teacher. In his mid-30s his body gave out. With no other choice, he closed down his teaching and opened up a search: to learn the name of his hidden assailant. 10 years later there was a name (several, actually), but no cure (and there still isn't). It was an auto-immune disfunction -- his body had betrayed him at the cellular level.

With no body to depend on, our intrepid Author-To-Be returned to the world of the mind. The computer was his labor-saving tool and education, in the form of research, his career. His single-minded target: health.

After many false starts, he heard of juicing, and recognized it was the next step in nutrition- based health. He took that step ... and has grown stronger with time, while those around him have grown weaker with age.

Oran lived happily ever after. So far, anyway. He now lives in Northern California with his wife and a herd of over a dozen cats.

Where to find Oran Kangas online 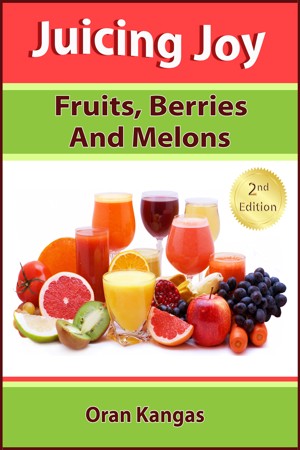 Juicing Joy: Fruits Berries And Melons by Oran Kangas
Price: $3.99 USD. Words: 30,680. Language: English. Published: November 15, 2013. Categories: Nonfiction » Health, wellbeing, & medicine » healthy living, Nonfiction » Cooking, Food, Wine, Spirits » Beverages - General
Why Juice? Fruits & veggies are critically important for your health. Juicing further concentrates those unique benefits and delivers maximum "pre-digested" energy in a glass. Get 30 great 5-minute recipes. Learn everything you need for a fast, safe start and the natural way to regain health: the multitude of health benefits, how to drink your way to good health, how to choose & use a juicer. 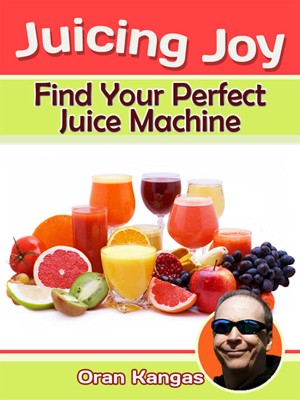 Fruits & vegetables are inherently nutritious. But most nutrients are locked away in the plant's cell walls. The juicing machine breaks down those walls, producing maximum nutrition in a "pre-digested" form. Learn: the many categories available, 3 best types of juicers, features to look for, & how to select the best juicer. Get a juicer for a healthier life. Get this book to get the right juicer.

You have subscribed to alerts for Oran Kangas.

You have been added to Oran Kangas's favorite list.

You can also sign-up to receive email notifications whenever Oran Kangas releases a new book.