I am Liz Mills - incredibly old, but (amazingly) still fully functional. I was born of gentle, loving parents in Southend-on-Sea in the county of Essex, England, famous for its pier, shingle beaches and seaweed. I now live in the euphemistically named Three Bridges, in West Sussex, with my writer fiancée Douglas.

My childhood was undistinguished: expelled from posh school for being dim, I found my level in the state secondary education system, emerging with just enough basic skills to enable me to get a job … then another job … then another … and so on. At various points in my life I married and divorced a few times, producing two children, who are now adults and whom I love.

Writing was always a hobby, followed intermittently, until I shook off the shackles of the capitalist slavery system and gratefully accepted retirement. I developed my writing skills by reading and analysing the work of others. From some, I learnt how to write, while others showed me the mistakes to avoid; I am grateful to all of them.

At the age of sixty, as retirement loomed, I reinvented myself. I threw off the mantle that had stifled me for my whole adult life, and discovered, inside, the person I should have been. That person is now Elizabeth Audrey Mills, chatelaine and author of three full-length novels for adults/young adults, and a science-fiction series for young teens.

All my books are available in all e-reader formats through Smashwords, and in paperback through Amazon Createspace.

With fellow authors around the globe, I am also a founding member of the new e-magazine, INNOVATE, an exciting literary and artistic e-magazine. INNOVATE is devoted to bringing original and thought-provoking features from established and up-and-coming authors, artists and performers, as well as pioneering new frontiers with enhanced media. INNOVATE is available through Smashwords, and check out our web page at ... http://innovate-emagazine.com/

Why do you write?
Imagine you are blowing up a balloon. It gets bigger and bigger, and if you don't release the pressure -or stop blowing- it will burst. Well, my head fills up like that (yes, with hot air, if you insist on continuing the analogy) and would explode if I couldn't let some of it out in the form of writing. It could be messy.
What inspired you to start writing?
Oh, gosh, it started so long ago I can't remember. I seem to have always been writing little pieces – essays, ideas, poems – ever since my school-days, although I didn't take the plunge into novel-writing until later in life. When I did finally try to put together my first book, I found I was floundering in the research, and was becoming disheartened. Fortunately, I met Bernadine Evaristo, a talented writer who came to our local library to talk about the writing process. Her advice gave me the confidence to continue.
Read more of this interview.

Natalie Tereshchenko - The Other Side
Price: Free! 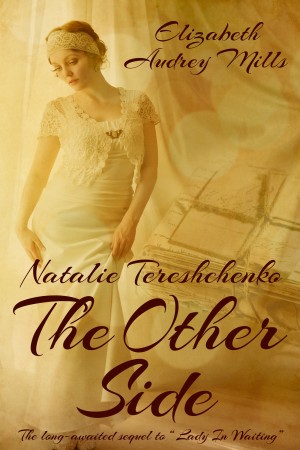 They wanted her to become the new Tsarina, but Natalie had other plans. Now she finds herself in the heart of the Kremlin, trying to hide her true identity. In this sequel to ‘Lady In Waiting’ the tension explodes into terrifying action. All protection lost, and deceived by her own mother, Natalie must again cross Russia searching for her beloved Max, relentlessly pursued by unknown assassins 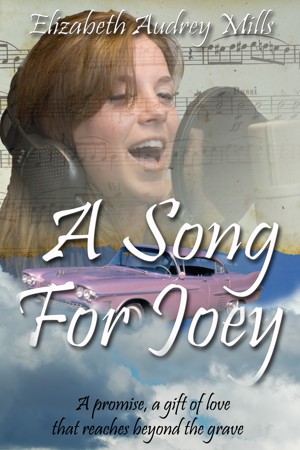 When your father has deserted you, and your mother died giving birth to you, when you are homeless, drugged and beaten, and someone is out to kill you, the best person to have beside you could be the ghost of a boy who once loved you.

You have subscribed to alerts for Elizabeth Audrey Mills.

You have been added to Elizabeth Audrey Mills's favorite list.

You can also sign-up to receive email notifications whenever Elizabeth Audrey Mills releases a new book.