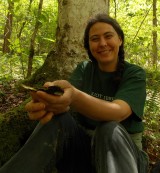 Anna Hess dreamed about moving back to the land ever since her parents dragged her off their family farm at the age of eight. She worked as a field biologist and nonprofit organizer before acquiring fifty-eight acres and a husband, then quit her job to homestead full time. She admits that real farm life involves a lot more hard work than her childhood memories entailed, but the reality is much more fulfilling and she loves pigging out on sun-warmed strawberries and experimenting with no-till gardening, mushroom propagation, and chicken pasturing.

She also enjoys writing about the adventures, both on her blog at WaldenEffect.org, and in her books. Her first paperback, The Weekend Homesteader, helped thousands of homesteaders-to-be find ways to fit their dreams into the hours leftover from a full-time job. The Naturally Bug-Free garden, which suggests permaculture techniques of controlling pest invertebrates in the vegetable garden, is due out in spring 2015 from Skyhorse Publishing. In addition, a heaping handful of ebooks serve a similar purpose.

Where to find Anna Hess online 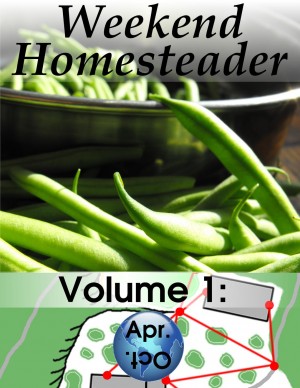 The second edition of the popular Weekend Homesteader series includes exciting, short projects that you can use to dip your toes into the vast ocean of homesteading without getting overwhelmed. If you need to fit homesteading into a few hours each weekend and would like to have fun while doing it, these projects will be right up your alley. 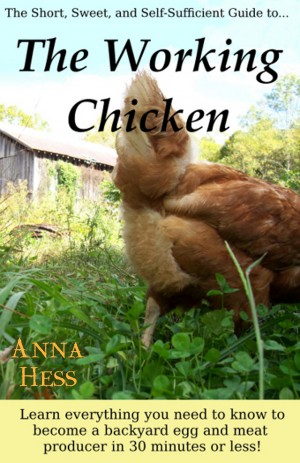 The Working Chicken by Anna Hess
Price: Free! Words: 3,900. Language: English. Published: June 9, 2014. Categories: Nonfiction » Home & Garden » Pets & livestock, Nonfiction » Home & Garden » Sustainable living
Get ready for your new flock in thirty minutes or less with this short, sweet, and self-sufficient guide to keeping chickens! Learn everything you need to know to get started on your poultry adventure on a rural or urban homestead. Then enjoy a bonus picture book to inspire the next generation of chicken lovers.

You have subscribed to alerts for Anna Hess.

You have been added to Anna Hess's favorite list.

You can also sign-up to receive email notifications whenever Anna Hess releases a new book.