Ms. Scott-Goss received a BFA from New York University where she studied acting at the Lee Strasburg Theater Institute, an MFA from California Institute of the Arts in Directing Theater, Video and Cinema and is an MA candidate for Theatre from California State University, Los Angeles. April is both a writer and director whose 1999 thesis film, Deep in my Heart, was screened at the 2000 and 2001 Cannes Film Festival and won accolades in numerous film festival’s across America.

She is a member of Alpha Kappa Alpha Sorority and The Artist's Collective. She loves basketball, anime, Prince and cooking but not necessarily in that order.

Grounded: broken is April’s first novel and she is currently working on the second installment to the series, Grounded: amends.

Where to find April Scott-Goss online 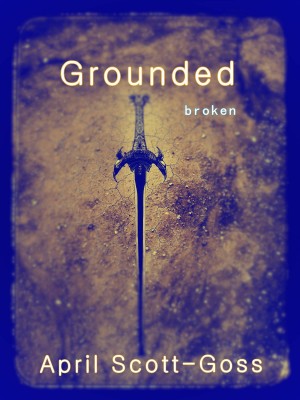 Master Trilium Bishop and his platoon of knights are finally going home for good following five years of administering diplomacy and judgment to various societies across the galaxy. While sitting in his aircraft, Trilium’s gift of perception warns him that something is not right and before long, the Knights of Dena find themselves in a situation filled with little hope.

You have subscribed to alerts for April Scott-Goss.

You have been added to April Scott-Goss's favorite list.

You can also sign-up to receive email notifications whenever April Scott-Goss releases a new book.