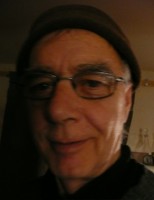 Matthew Hilton grew up in West London, England and ran away to join a street theatre before turning himself into a professional fireman. Wanting to cool down he had a productive career as a graphic artist before moving to France in 2004 when writing got the better of him. He now lives in the hills south east of Toulouse.

When did you first start writing?
My relationship with writing began twenty years ago when I took a trip on a cargo boat into the Baltic. At that time I was known for my graphic artworks and on board that ship I engraved metal plates to print up later. But I also kept a journal in parallel and when I got back on shore it was published with the images as /Flagships for New Reaches/. Why I say the relationship began then is because, in my caravan on the coast under the rattling rain I got, for the first time, a critical distance away from the surface of my prose as I worked on drafts. The life walked in and stole my thunder for a while and it wasn`t until quite a time after that I had another serious wrestling match with text - and this time it was in French. As part of an exhibition I produced a five thousand word account of my arrival in France; was I an immigrant, an expat or an exile? The process went from my first draft in English to a translation collaboration and then into a full re-write by me in French. Satisfying. The booklet was called /De La Franqui Ã Ramonville/. As a result of that work I was offered the chance to do an artists book and I ransacked my life for a series of erotic episodes, published under the title /My way of loving Beasts/. The fate fell on me with a thunk. I was a volunteer at an Amnesty International Booksale and had the right to pick myself a book. My hand fell on /Gangs and Countergangs /an account of the Mau Mau rebellion in British held Kenya in the 1950`s. You could say I dropped everything; opening the book at a photo of a gang blacked up and dressed in thrift store disguises I said "Opera". I let most of my life drop away for several years while I struggled with the material. It is now in the hands of Australian composer Taran Carter & we are looking to produce as /Mau Mau - the Opera/. By now I had stopped my art stuff, the process of physically transforming materials started to sicken me, and I set off into my first full length book /Heavy Waters/. I did everything you should, bum on the seat every day, watch those adjectives and so on - but I couldn`t get a hearing for it so I self-published. And then I thought why not? At my age my focus can`t be on making a career - I have stuff I want to process, using imagination and language, and put out into the digisphere, the rest can wait; my kids can profit.
What's the story behind your latest book?
You have to ask yourself what is a book now with surfing and everything. Doesn't everybody go thru their days now with this mysterious weave of fact and fiction - inside and outside?
My latest ebook Tap once if Human is designed to live in hyperspace, perhaps for years, out there somewhere; its contents sometimes referenced or found, an artefact among the millions.
I know it is a terrible cliche but it is true, you write a book to explore, to get to the place you would never have known about until you started writing the book - or at least I do. I wrote this one to explore that funny frontier in the mind where there's something you can't grasp - happens pretty quick for me in mathematics. I went with this into the realm of artificial intelligence and its application to crowds, to us people type things, to the huge spaces inside ourselves available for automating.
I cast my story as hard science, imagined settings and a scramble of fictional tropes including erotics. I guess my key word is playfulness - look at the films of Miguel Gomes for example. I don't pause too long on anything and I subscribe to the stuff happens theory of life, it is literature en passant… To give you a feel - of the writers of my own generation it is Murakami Haruki that I feel closest to.
Read more of this interview.

Where to find Matthew Hilton online 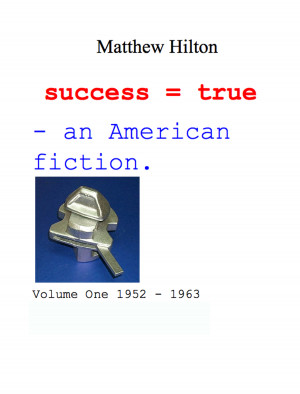 Success = True. An American Fiction. Volume One 1952 - 1963 by Matthew Hilton
You set the price! Words: 140,880. Language: English. Published: January 25, 2018. Categories: Fiction » Historical » USA, Fiction » Literature » Literary
An imagined America 1952 - 1963. Time is there so that everything doesn't happen all at once, so things have room to move out of each other's way. But it does happen all at once - or at least enough of it does doesn't it? Coincidence often beats time to the punch. You think it's a plot? Well maybe it is - but it's the only one we got. 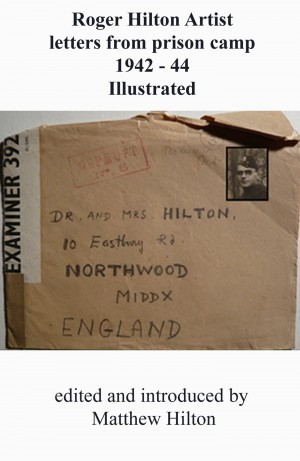 Roger Hilton Artist Letters From Prison Camp 1942 - 1944 by Matthew Hilton
Price: $6.99 USD. Words: 18,330. Language: British English. Published: August 29, 2016. Categories: Nonfiction » Biography » Artists, architects, & photographers, Nonfiction » History » War
Roger Hilton was a Commando and was captured at Dieppe in 1942. He became a leading British exponent of modern art, representing his country at the Venice Biennale and being made CBE. Beneath the cheeriness the letters show how an out of the common man wrestles with the common misfortune of being a prisoner of war. 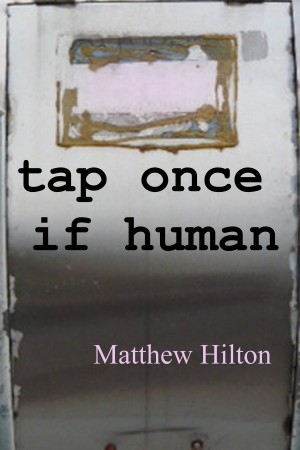 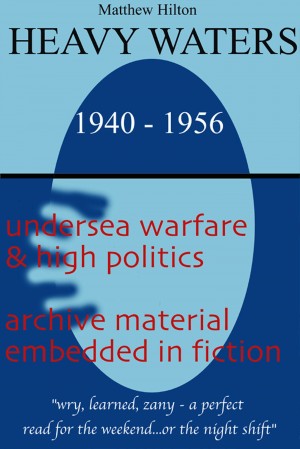 You have subscribed to alerts for Matthew Hilton.

You have been added to Matthew Hilton's favorite list.

You can also sign-up to receive email notifications whenever Matthew Hilton releases a new book.