Ms. Krafton resides in the heart of the Pennsylvania coal region, where her desk has somehow become a shine to Edgar Allan Poe and all his cheerfully depressing glory. Visit www.ashkrafton.com to learn more about her books and upcoming appearances.

As a child, what did you want to be when you grew up?
An English teacher. My seventh grade English teacher said DON'T YOU DARE. (Yes, she really did speak in all caps. It really kept the middle-school boys in line) Although she’s actually read my books, I thinks she’s still relieved I went to pharmacy school. Parochial school teachers didn't really earn a King's wage back in the eighties.
How did you start writing?
I began writing as a form of cheap therapy. *grin* I have a high-pressure job that was becoming increasingly stressful…so I did the sane thing and retreated inwardly. I've always had a literary soul (my mom has a stack of my writing from when I was in school.) Going back to writing was a natural thing and it really helped me to focus and enjoy my time off.

I ended up writing passages and scenes from a fantasy that eventually became a novel-in-progress. But it wasn't serious. It was, like I said, cheap therapy. Then I got the idea for BLEEDING HEARTS—and the whole game changed. I was serious about this project and, with the support of my family, I worked on that project until it was a candidate for publication.

The "short stuff" as I call it, is the result of a mishmash of things—some of it I wrote to combat writer's block, other things I wrote to express ideas that didn't fit into my novel writing. I also began to explore traditional forms of poetry—sestinas, villanelles, ghazals—because the mixture of meter and cadence and line count and rhyme is a decidedly scientific thing. It helps keep my left brain happy.

That the short stuff has ever been worthy of recognition still blows my mind.
Read more of this interview.

Where to find Ash Krafton online

The Books of the Demimonde by Ash Krafton
Enter the world of the Demimonde. Look outside your window. Same old town, same streets, same people, same stories you've lived all your life. Or... are they? Sophie Galen is an advice columnist from the suburbs of Philly. Like many sensitive women, she's done her best to create a shelter for herself in order to live in a safe, predictable world, protecting her vulnerable self: her mind, her heart, her soul. Then he came into her life and blew the walls in. When Marek Thurzo arrived, he brought with him all the secrets she never wanted to know: the world outside was not what she thought. There were people and creatures and powers she'd never dared to believe exist and at the very center of this humongous supernatural web was one single person. Her. The Sophia. The one hope for redemption for the Demivampire race. Some days, she still can't wrap her head around the whole thing. Other days... ...she's ready to do whatever it takes to protect her demivamps, no matter the obstacle, no matter the enemy, no matter the personal cost. While meeting her deadlines, natch. Who says a girl can't multitask while saving the world?

Tales of the Demimonde
Price: Free! 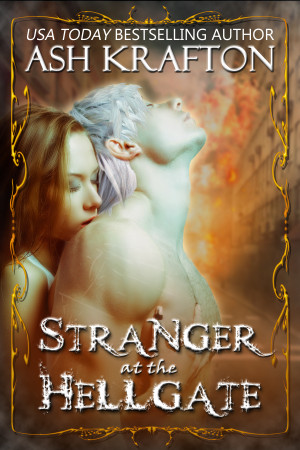 An angel seeks out the only man who can prevent an impending apocalypse...but how can a man born of Hell be a vital part of Heaven's mission? 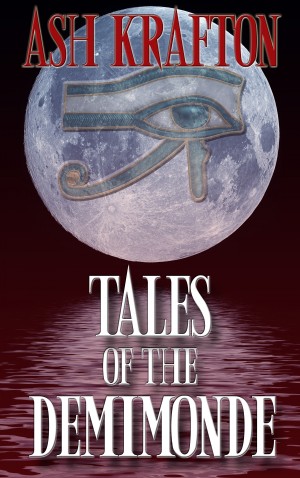 Tales of the Demimonde by Ash Krafton
Series: The Books of the Demimonde. Price: Free! Words: 12,820. Language: English. Published: February 18, 2015. Categories: Fiction » Fantasy » Urban
Tales of the Demimonde is a collection of short works based on the urban fantasy trilogy "The Books of The Demimonde" by USA Today bestselling author Ash Krafton. Sophie Galen is saving the world, one damned person at a time. The advice columnist-turned-oracle must save her Demivampire lover from the fate that threatens each of his race: evolution and the destruction of his soul...

You have subscribed to alerts for Ash Krafton.

You have been added to Ash Krafton's favorite list.

You can also sign-up to receive email notifications whenever Ash Krafton releases a new book.