When did you first start writing?
I began writing at the age of 44 when a story came into my head that woudn't leave- a dramatic tale of passion, retribution and horseracing- so I began writing it. Fourteen months later I completed THE HIGHEST STAKES (writing under the pseudonym Emery Lee). Six weeks later I scored a contract with Sourcebooks and have been writing ever since!
What's the story behind your latest book?
The Sheik Retold is a steamy retelling of E.M. Hull's Classic bodice-ripper The Sheik. When first published in 1919, The Sheik was an overnight bestseller with thirty-one printings within the first two years of release. The book was also made into a silent film that catapulted its leading man, Rudolph Valentino, to superstardom. Given its huge success in its time, I have no doubt many readers will wonder at my motive in re-writing this romance classic.

As a reader, I have always found the "forced seduction"/rape-to-love trope appalling, and have never had such mixed feeling about a book as I did after reading The Sheik. It had so much to offer with its strong characters and beautiful descriptive prose, but it fell sadly short for me in so many other ways. I found the narrative too repetitive and the pace plodding. There was too much navel-gazing on the heroine's part, and far too little actual interaction between the hero and heroine for a romance. In sum, I loved and loathed it in equal measure.

Nevertheless, this story captured my imagination and even though I had a number of other writing projects in progress, The Sheik held me hostage and absolutely refused to let me go. Once I began fantasizing about alternate scenarios, dialogue, and plot twists, I knew it was calling to me. I had no choice but to re-tell this story the way I envisioned it.

While I have taken a number of liberties in my re-telling, the main plot, characters, and descriptive passages are largely unchanged. I kept everything I loved and changed what I loathed. Although my version is not completely devoid of violence (to omit all of it would only have watered down Ahmed's powerful alpha character), I have taken out the rape and animal abuse which I abhorred in the original. I have also thrown the bedroom door wide open.

Most important, however is my portrayal of Diana. Even though she falls deeply in love with her captor, my version of the character stays true to her strong and self-willed nature right to the end.

While I believe The Sheik Retold will compare favorably to E.M. Hull's The Sheik, readers of this book will be the ultimate judge.
Read more of this interview.

Where to find Victoria Vane online 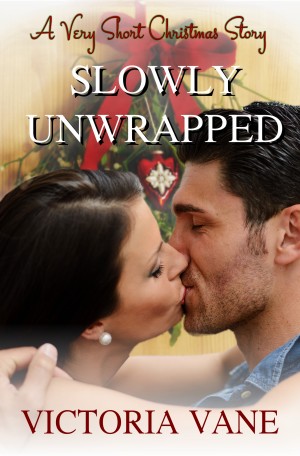 GUARANTEED TO BRING SOME HOLIDAY CHEER! This VERY SHORT but equally sweet Christmas story featuring Wade and Nikki from SLOW HAND is offered as a FREE read by the author Victoria Vane. Spoiler alert: This story takes place the day after SLOW HAND ends so there is a bit of a spoiler. Having said that, everyone should already expect Wade and Nikki to get a happy ending!

You have subscribed to alerts for Victoria Vane.

You have been added to Victoria Vane's favorite list.

You can also sign-up to receive email notifications whenever Victoria Vane releases a new book.