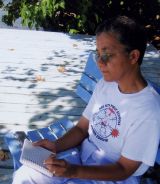 B. A. was born in Bridgeton, New Jersey and on a Friday the thirteenth for those who spook easily. She graduated from the University of Pennsylvania in 1981 with a bachelor’s degree in Natural Science, and with clusters in sociology, writing, and advanced writing courses. In 1987 she graduated from Fairleigh S. Dickinson Jr. College of Dental Medicine with a doctorate in general dentistry.

Regardless of the paths that she has taken academically, B. A. has always continued to write. Her first books were written while she was in the seventh grade. Using classmates as characters seemed to put the books in high demand, and even as adults, those friends still ask to read them. By the ninth grade, she’d completed her first novel and although it was pretty bad, she was—and still is—extremely proud of that accomplishment. B. A. writes general fiction, mysteries, and historical fiction. Regardless of what else she has done in her life or how much the practice has been discouraged, writing has always been and always will be the center of her life.

B.A. has been married since 1983 and has two children, a son and a daughter, and an aging cat named Salem. She first moved to Michigan in 1988. Her hobbies include hiking, kayaking, exercising on her beloved elliptical trainer, painting with oils, healthy cooking and baking, researching topics for stories, and being proud of her children’s many and varied accomplishments. She loves listening to any kind of music, especially if the lyrics are terrific, and learning as much as she can about people—their mannerisms, the way they speak, what they do, and why they do it. And she also loves watching western television series, especially those from the fifties and sixties. Her favorites are the early Gunsmoke episodes with Chester Goode in them, and that special father-son bond found in The Rifleman. Another favorite is the series The Virginian. The pilot for Dr. Quinn, Medicine Woman is one of the most credible depictions of the nineteenth century American west that she has ever seen on celluloid, and several grimly realistic episodes from the first and second seasons are favorites of hers. And lately, Hell on Wheels is more than enough to satisfy her taste for the wild west.

Where did you grow up, and how did this influence your writing?
I grew up in southern New Jersey. My biggest influence was my high school English teacher, Mr. Cohen. Not only did he encourage me to write, but he also encouraged me to be the best that I could be in whatever I decided to do. God bless him.
When did you first start writing?
I first started writing in grammar school. I was notorious for using my friends as characters in my stories. Needless to say, they loved reading those stories because they were in all of them!
Read more of this interview.

Where to find B. A. Braxton online

Detective Rein Connery by B. A. Braxton

Twilight Is the Time the Dead Look Back
Price: $2.99 USD.

Thunderhead by B. A. Braxton

Thunderhead: Tales of Love, Honor, and Vengeance in the Historic American West, Book One
Price: $3.95 USD. 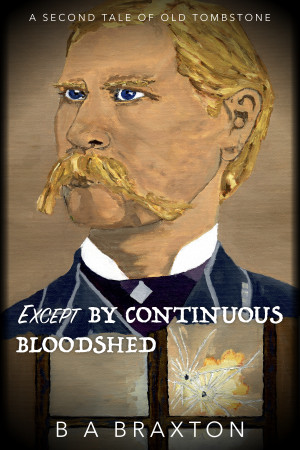 Except by Continuous Bloodshed: A Second Tale of Old Tombstone by B. A. Braxton
Price: $4.49 USD. Words: 93,480. Language: American English. Published: December 18, 2018. Categories: Fiction » Historical » USA
The killing of one Earp brother and the maiming of a second are serious offenses, indeed. And the perpetrators will soon be paying for these misdeeds with their lives. Relive Wyatt Earp and Doc Holliday's brand of justice and then decide for yourself if it was fair. 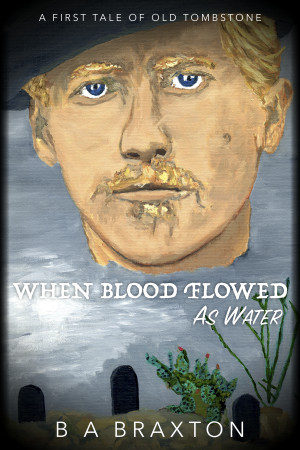 Wyatt Earp and Doc Holliday are at it again on the dusty streets of Tombstone, Arizona Territory. How did the O.K. Corral gunfight start and who was left standing when the smoke cleared? B.A. Braxton helps you answer those questions and many others. 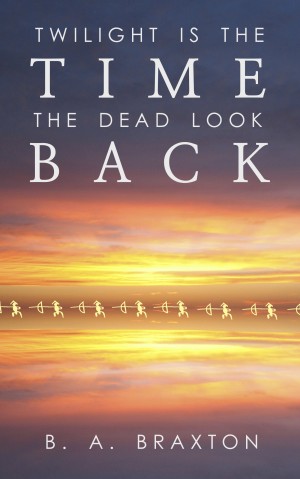 Twilight Is the Time the Dead Look Back by B. A. Braxton
Series: Detective Rein Connery, Book 5. Price: $2.99 USD. Words: 70,690. Language: English. Published: December 21, 2014. Categories: Fiction » Mystery & detective » Police Procedural
Detective Rein Connery works a case that’s as bizarrely mystical as it is personally challenging. An old girlfriend of his asks to have him put in charge of an Ojibwe college student's homicide investigation. Through many regrets, doubts, and a life-threatening illness, Rein experiences a series of puzzling visions, almost as if the deceased is trying to help solve his own murder. 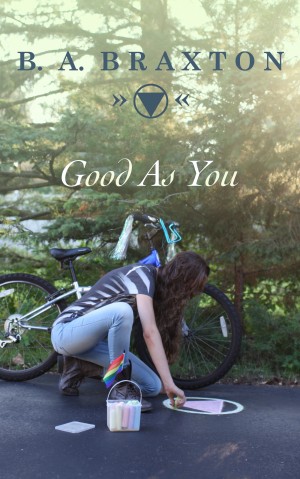 Good As You by B. A. Braxton
Series: Detective Rein Connery, Book 4. Price: $2.99 USD. Words: 67,970. Language: English. Published: August 27, 2014. Categories: Fiction » Mystery & detective » Police Procedural, Fiction » Gay & lesbian fiction » General
It shouldn’t matter if you’re gay, lesbian, transgendered, or sexless, each and every one of us has a right to exist. And Detective Rein Connery is more than happy to spread that message around as he works to solve the senseless, brutal murder of Dr. Eunice Sabara, a lesbian microbiologist who just so happens to be the world’s only hope for a cure for the disease that’s ravishing the country. 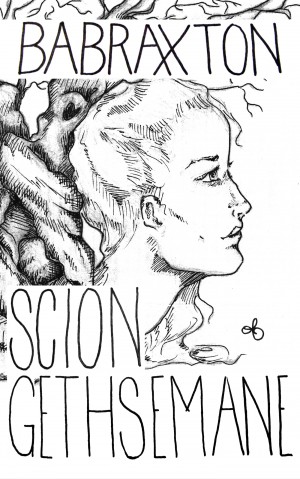 Scion of Gethsemane by B. A. Braxton
Price: $2.99 USD. Words: 100,000. Language: English. Published: August 13, 2014. Categories: Fiction » Plays & Screenplays » American
The lives of two women merge for better or worse in a tale that's both uplifting and grimly realistic. Set in Philadelphia, the story centers around Paige and her comfortable, yet unsatisfying, world with an affluent boyfriend, and her attraction for a poor man in a wheelchair. Jasmine is the abused sister whom Paige befriends, and together they journey down a long, dark road. 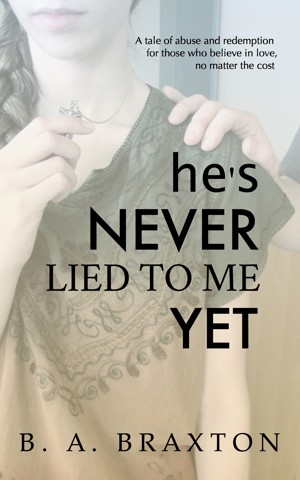 He's Never Lied to Me Yet by B. A. Braxton
Price: $2.99 USD. Words: 64,390. Language: English. Published: November 3, 2013. Categories: Fiction » Plays & Screenplays » American, Fiction » Inspirational
This story is a sensitive account of an age-old problem: child abuse. Carmen Polychronopoulos is the beautiful, young girl trapped in her father’s life of crime and immorality, while Elliot Sharples is the man who wants to save her. Elliot's stubborn insistence to make Carmen's life right again is very uplifting. But things don’t always work out the way that we hope they will. 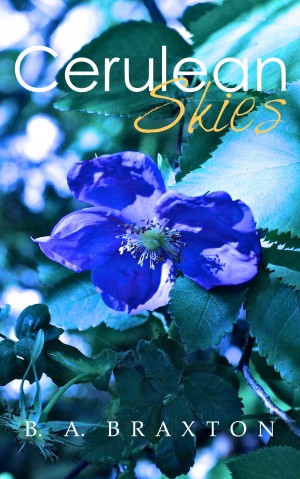 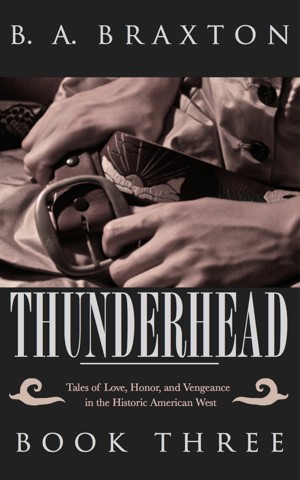 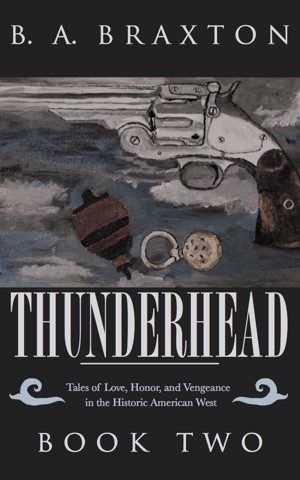 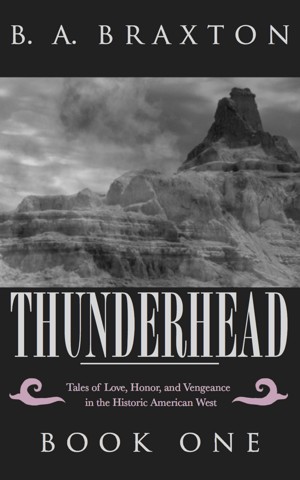 The American West, especially between 1865 and the turn of the century, was a brutal place to be. Tempers flared as men continued to fight the Civil War on their own terms long after it had been decided. Meanwhile, natives, such as the Lakota Sioux, continued to resist being dispelled from their homelands. The Thunderhead trilogy is a historically accurate approach to the western genre. 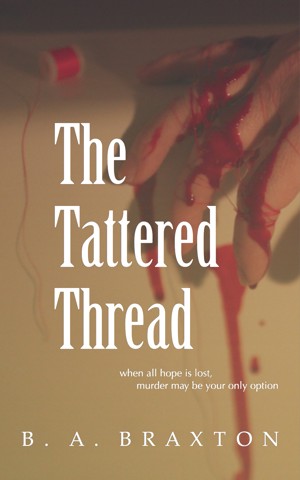 When all hope is gone and there’s nothing left to live for, suicide may be your only option. Tasia McAvoy knows this feeling all too well. Rich and beautiful, Tasia seems to have everything a person could ever want. But her deepest, darkest secrets are catching up with her, and she’s just too tired to run away from them anymore. 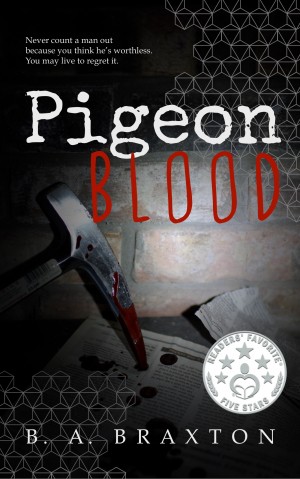 Dr. Blair Vaughn’s alcoholic binges have gone too far this time. His indiscretions have landed him in the middle of a blood-soaked double homicide, and he can’t remember how he got there, what part he had in the murders, or why the murders occurred in the first place. And as he stumbles along trying to make sense of it all, the body count continues to rise.

B. A. Braxton's tag cloud

You have subscribed to alerts for B. A. Braxton.

You have been added to B. A. Braxton's favorite list.

You can also sign-up to receive email notifications whenever B. A. Braxton releases a new book.