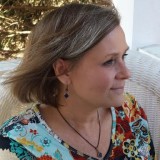 Perhaps a late bloomer, Becky Black Powell started writing books after a career as a lawyer and nine years of homeschooling her son. She is the author of the Max Williams Adventures Series. The series features Max Williams, a quirky, super-smart kid who wants to work for the CIA, and his crack team of spies-in-training. Max uses his Aikido skills to help solve mysteries, and depends on his seventy-year old sensei, Mrs. W, for advice.

Mother to a college-aged son who is a gifted Aikidoka, Powell was inspired by the tremendous positive impact his training brought to the entire family. One goal of the Max Williams books is to give back to the Aikido community by spreading the word about this beautiful martial art.

Powell lives in rural Tennessee with her husband, two dogs - Angel, a Jack Russell Terrier, and Scout, a mixed-Lab - and a pond full of koi. When she's not writing, she enjoys reading, binge watching on Netflix, and being outside with her dogs. She is currently working on a novel for grown-ups, The Magdalene Controversy.

She is always available to answer reader's questions and comments. You can contact her via e-mail at contact@beckyblackpowell.com

What is the greatest joy of writing for you?
I thought that getting my first book completed and published was the greatest joy because it was a goal I had put off for so long. But, that's before I began to hear from readers. Shortly after My Neighbor, the Spy came out, I heard from a high-school aikido student. He was very excited because he felt the same way about aikido as I do - it's a great activity for kids no matter their abilities and fosters a spirit of cooperation and determination. We've been corresponding ever since. He wrote a piece of "fan fiction" for me and copied my style - my voice of Max. It was such a strange and moving experience to be emulated. Readers often give me ideas for Max stories and I love hearing about those. I also love it when parents tell me that my books encouraged their kids to get involved in aikido. I guess what I'm trying to say is that I love expressing myself with words. It's very satisfying to know that my words have an impact on people, even in some small way. So many authors have shaped and enriched my life, it was a particular thrill to connect with my own readers.
Do you remember the first story you ever wrote?
In junior high, I wrote a story about a dog who found a bone that was supposed to make him very brave. He buried the bone so no one could take it from him, and then proceeded to deal with the other dogs who'd been treating him badly. When he went to dig up the bone, he discovered it was gone. It was his own bravery that saved the day - not some magic bone. Don't judge me. We were studying symbolism in English class. Plus, I used the word "verdant" for the first time and felt quite sophisticated.
Read more of this interview.

Max Williams Adventures by Becky Black Powell
Max is a quirky, super-smart kid who has a unique way of getting into and out of trouble. He wants to work for the CIA when he grows up and depends on his 70-year old aikido sensei, Mrs. W, for advice. 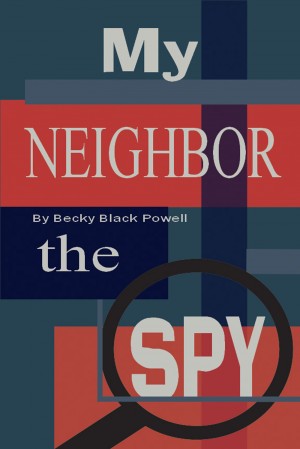 My Neighbor, the Spy, Book 1 in the Max Williams Adventure Series by Becky Black Powell
Price: $2.99 USD. Words: 61,450. Language: English. Published: June 19, 2015. Categories: Fiction » Children’s books » Readers / Intermediate, Fiction » Children’s books » Social Issues / Values & Virtues
Book one of the Max Williams Adventure series for middle grade readers, featuring Max, a super-smart, quirky kid who wants to be a spy, has a 70-year old aikido sensei as a mentor and friend, and possesses a most unique way of getting into and out of trouble. Funny, smart, and educational, this series delights kids of all ages as well as adults who read with them. 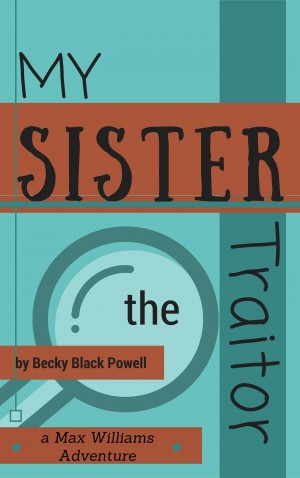 You have subscribed to alerts for Becky Black Powell.

You have been added to Becky Black Powell's favorite list.

You can also sign-up to receive email notifications whenever Becky Black Powell releases a new book.