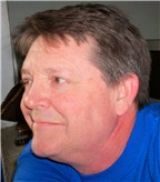 His short story collections include Time Adjusters, in which insurance companies use a new light-bending technology to capture images of future disaster areas so they can unfairly deny coverage to those who need it most, and Space Savers, a blend of science fiction and the supernatural about a sinister plot to control the residents of a retirement home.

He is also featured in the Litkicks book Action Poetry: Literary Tribes For the Internet Age.

On the internet, Bill's writing has appeared on Literary Kicks, Mystery Island, Candlelight Stories, The Beat, Empty Mirror Books, Dogmatika, Syntax of Things, Lit Up Magazine, and Letters to McSweeney's.

Bill has wanted to be a writer for as long as he can remember, but got side-tracked when he went against his hippie tendencies and impulsively joined the Navy after graduating from high school in 1972. His duties at the Naval Air Station in Rota, Spain included towing and fueling jet aircraft. When off duty, Bill ran wild in Spain, Morocco, London, and Greece. In those days, he didn’t get much writing done, but is now making up for it with gusto. Bill is rarely specific about his past escapades, preferring to let his stories speak for themselves, with some blurring
between reality and fiction.

Bill’s first novel, Tamper, is about a boy named Whit who grows up in the 1960s obsessed with paranormal research, B-movies, and strange noises drifting up from the basement of his parents'
house. By the mid-70s he is experimenting with drugs and seeing a psychiatrist. In the 80s, Whit and a small circle of friends decide to seek out a reclusive mystery writer and travel to the Mediterranean island of Malta, where, according to an actual 1940 National Geographic article, a field trip of children and their teacher disappeared while exploring the underground
tunnels of the Hypogeum catacombs and were never seen again.

Bill lives with his wife and son in Jacksonville, Florida. By day, when not writing, Bill mows the lawn and complains about the heat. By night, he sneaks around in the back yard, convinced that the garden gnomes are “up to something.”

Where to find Bill Ectric online 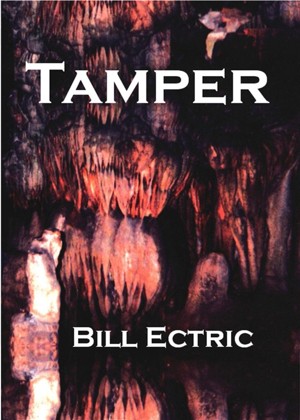 Tamper by Bill Ectric
Price: $2.99 USD. Words: 58,060. Language: English. Published: April 24, 2011. Categories: Fiction » Mystery & detective » General
A boy named Whit grows up in the 1960s obsessed with paranormal research, B-movies, and strange noises in the basement. By the mid-70s he is experimenting with drugs and seeing a psychiatrist, trying to solve the mystery of his obsession with the number 4. Whit and three friends meet a reclusive mystery writer who hints that the answer may be found in ancient tombs under the island of Malta.

You have subscribed to alerts for Bill Ectric.

You have been added to Bill Ectric's favorite list.

You can also sign-up to receive email notifications whenever Bill Ectric releases a new book.