Beryl Spencer
Beryl has lived on the land most of her life and only lived away while completing her Nursing and working at a regional Hospital. Beryl and her husband live on the grazing property settled by the Spencer family in 1868 and have been happily married for 51 years. Beryl believes that marriage is a journey, firstly of commitment, then of living, loving and learning together.
From grazing the family diversified into Commercial and small business where Beryl worked with her husband, and later assumed the role of managing the Farming and business interests. Their 4 children were raise on the property, Live and Let Live and there they also fostered 8 abused children and Beryl lead a youth group and worked with marginalised youth for many years. Beryl is Nanna to 11 grandchildren.
Working with State and Federal Governments has been an opportunity to develop broad stakeholder networks. Beryl developed skills in facilitation & counselling and mentoring working in community to strengthen Communities and small businesses. Beryl’s strongly believes the ethos that strong families are an integral part of strong, resilient communities.
Beryl’s has held various mentoring roles, and worked with a broad demography across communities. More recently Beryl focused on the needs of victims of child abuse and domestic violence, and the need for advocacy for changes in Legislation to underpin the safety of families and especially children. Her contacts within Governments have assisted Beryl to advocate and have Legislation amended 2009. This role of Advocacy became a place for Beryl to further hone her writing and expression skills as she compiled many submissions to Governments from her passion to protect children from abuse, particularly in the family home.
Through the years, Beryl has loved to write and have stories and articles published. This desire to express ideas and passion started as a young when Beryl loved to write composition as school and received awards for her efforts. While the busy years of raising a family and caring for farm business didn’t allow much time for Beryl to pursue her love of writing, reading books and learning, she still made time to journal life experience and the truths she was learning.
Beryl also is a speaker at meetings for Christian women, for Government and at Conferences (mostly rural) and has home published many booklets that became learning tools for her audiences.
Now that the children are adults, Beryl has been able to follow her passion as Christian Author and advocate. 2014 saw the release of Beryl’s Book “AND There Came a Lion” through Westbow Press in US. This was a re-write of this book, firstly published in 1991.
Beryl’s life was not always easy and at a very early age she experiences sexual abuse and later violent rape. Beryl felt rejected by those she ought to have been able to trust. What followed were teenage years of conflict and confusion, always trying to follow the Lord, and failing so many times. How could God allow this to happen? Beryl was chained in her mind to the events of the past and shame dictated her life- the enemy constantly trying to convince her that her life was worth nothing.
The day came when Beryl made a life changing decision: she would no longer allow her past to define her future. Beryl’s latest book, “Torn Between 2 Loves” was recently released. Beryl’s passion in writing is to bring God’s word to life in a way that ordinary people will understand, and to express that the Word is real in today’s world and never changes. As Christians, we must live authentic lives. The lost are searching for reality. Jesus is so real. Life is full of chaos, challenges, and unexpected happenings, but in the midst of that there is joy and laughter for all who will allow Jesus to be the real Person in their lives.

Where to find Beryl Spencer online 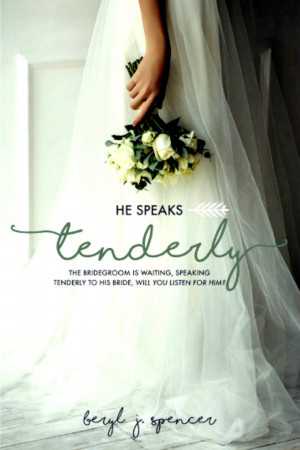 He Speaks Tenderly by Beryl Spencer
Price: $10.00 USD. Words: 52,200. Language: English. Published: May 20, 2017. Categories: Nonfiction » Religion & Spirituality » Christian Life / Inspirational
From the least unlikely people, a prostitutes, adulterers and widowers, to those who weren’t named but known to God, it seems He still speaks tenderly to the hearts that will not only listen and awaken to Him but also respond to His tender voice. This book will bless you and you will find God drawing near to you. The Bridegroom is waiting, speaking tenderly to His Bride. Will you listen to Him? 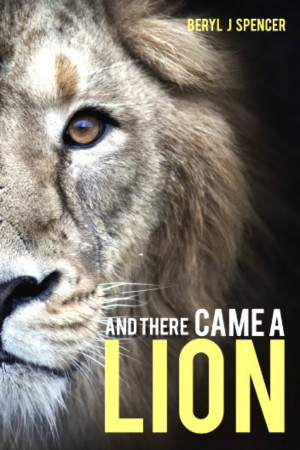 And There Came A Lion by Beryl Spencer
Price: $10.00 USD. Words: 33,480. Language: English. Published: May 20, 2017. Categories: Nonfiction » Inspiration » Spiritual inspiration
Gods Word is authentic in today's world. Paul speaks of swords and spears, missiles the enemy hurls to destroy us. Writing this book required a study of the Word and modern means of warfare. I learned about the US Army NMD (National Missile Defense) system and found that I too, had my own (PMD) Personal Missile Defense system - the tested Word & the Spirit, positioned to disarm enemy missiles. 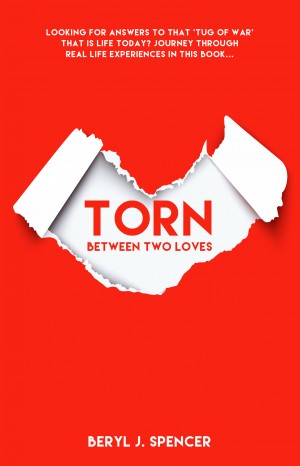 Torn Between Two Loves by Beryl Spencer
Price: $10.00 USD. Words: 59,050. Language: English. Published: June 24, 2016. Categories: Nonfiction » Religion & Spirituality » Body, mind, & spirit
TORN BETWEEN TWO LOVES is a journey through reality and heartache. Beryl was sexually abused as a child and violently raped as a teen; she felt rejected and chained to her past, but the past could dictate her future. This is a Book about moving on, about choices, of life changing experiences through the reality and chaos of everyday life, and the lives of great Leaders of the Bible.

You have subscribed to alerts for Beryl Spencer.

You have been added to Beryl Spencer's favorite list.

You can also sign-up to receive email notifications whenever Beryl Spencer releases a new book.