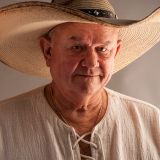 For over 18 years he was the cliché newspaper columnist who had "The Novel" third drawer down in his desk. He finally pulled it out one day, and his debut novel, Horizons Past is the result. This mainstream love story was followed by Vámonos!A Humorous Action Adventrue Novel. His third novel will launch in August 2013 along with Life or Death, a collection of short stories

You can follow Bill on his Blog, "Read It and Weep." www.publishersmarketplace.com/members/billstephens

Stephens is a graduate of The University of Texas and studied creative writing at Trinity University, San Antonio. As an avid outdoorsman he has hunted and fished from Alaska to Mexico and has ridden his Harley Davidson Motorcycle coast-to-coast, border-to-border, and more than 12,000 miles in Mexico. He lives in Texas with his wife.

Where to find Bill Stephens online 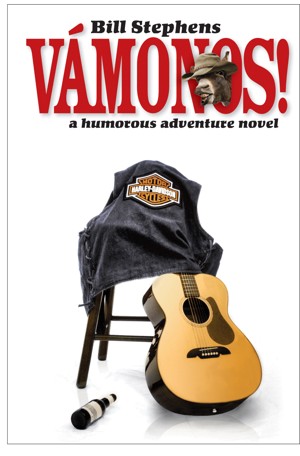 Vámonos! by Bill Stephens
Price: $2.99 USD. Words: 83,570. Language: American English. Published: July 28, 2013. Categories: Fiction » Adventure » Action, Fiction » Humor & comedy » General
Two offbeat C&W musicians flee Austin, Texas, on their Harley-Davidson motorcycles after becoming homeless. One for philandering and the other for hot rent checks. They ride into the Mexican dessert, hoping for a life-changing, journey of redemption. A humorous and perilous romp follows from the Mexican border to the town of Tolencita where the despot El Jefe jails them and threatens death.

You have subscribed to alerts for Bill Stephens.

You have been added to Bill Stephens's favorite list.

You can also sign-up to receive email notifications whenever Bill Stephens releases a new book.