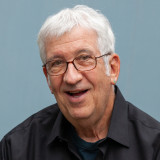 Bill Zarchy filmed projects on six continents during his forty years as a cinematographer, captured in his first book, Showdown at Shinagawa: Tales of Filming from Bombay to Brazil. Now he writes novels, takes photos, and talks of many things.
Bill’s career included filming three former presidents for the Emmy-winning West Wing Documentary Special, the Grammy-winning Please Hammer Don’t Hurt ’Em, feature films Conceiving Ada and Read You Like A Book, PBS science series Closer to Truth, musical performances as diverse as the Grateful Dead, Weird Al Yankovic, and Wagner’s Ring Cycle, and countless high-end projects for technology and medical companies.
His tales from the road, personal essays, and technical articles have appeared in Travelers’ Tales and Chicken Soup for the Soul anthologies, the San Francisco Chronicle and other newspapers, and American Cinematographer, Emmy, and other trade magazines.
Bill has a BA in Government from Dartmouth and an MA in Film from Stanford. He taught Advanced Cinematography at San Francisco State for twelve years. He is a resident of the San Francisco Bay Area and a graduate of the EPIC Storytelling Program at Stagebridge in Oakland. This is his first novel.
billzarchy.com
findinggeorgewashington.com
showdownatshinagawa.com

Where to find Bill Zarchy online 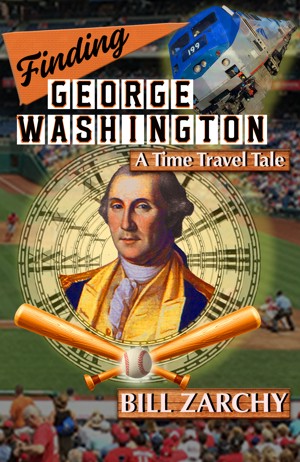 Finding George Washington by Bill Zarchy
Price: $4.95 USD. Words: 83,820. Language: English. Published: November 6, 2020. Categories: Fiction » Science fiction » Adventure, Fiction » Adventure » General
One night in 1778, General George Washington vanishes, only to reappear in the San Francisco Bay Area—in the summer of 2014. Accompanied by two new friends, Washington is catapulted on a race across America to find a way back to 1778. "Finding George Washington" is equal parts time-travel tale, thriller, and baseball saga, a gripping, humorous look at what happens when past and present collide.

You have subscribed to Smashwords Alerts new release notifications for Bill Zarchy.

You have been added to Bill Zarchy's favorite list.

You can also sign-up to receive email notifications whenever Bill Zarchy releases a new book.