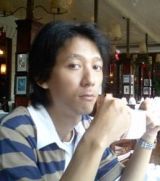 Bima Sudiarto is primarily an English to Bahasa (vice versa) translator with 17 years long track records of working on various kinds of portfolio under his belt. Enough to be acknowledged by most of the major publishing houses in Indonesia, including overseas clients, and for the last remaining year has been a steady freelancer at a respectable online legal translation agency in America called Rev.com. Despite the enormous experience of reading, translating and proofreading many fictions and non-fictions literature during his tenure as a translator, not one of which is detailing a particular venture in publishing original works. Yet, being a realist, he doesn't miss the lucrative opportunity presented by joining Smashwords as a self-publish entrepreneur. Currently he doesn't yet has anything to publish, but he intends to remedy that. In time.

Where to find Bima Sudiarto online

You have subscribed to alerts for Bima Sudiarto.

You have been added to Bima Sudiarto's favorite list.

You can also sign-up to receive email notifications whenever Bima Sudiarto releases a new book.