Birendranath Upadhyay (72 years) was born in village Sagarpali district Ballia state Uttar Pradesh in India. He passed his Higher Secondary School Examinations from D A V High School Asansol West Bengal. He is an Electrical Engineer from the Regional Institute of Technology Jamshedpur Bihar. He holds additional academic qualifications in Industrial Engineering and Business Management.
Presently, he lives in Mumbai India. Readers may offer their comments at his
e-mail address: designeroffighteraircraft@gmail.com

What motivated you to become an indie author?
Mig-21 fighter aircraft in the fleet of Indian Air Force frequently crashed and pilots were killed.
What specific issues have you raised in Designer of Fighter Aircraft?
Corruption. The presidents, prime ministers, ministers, government officials, chairmen of public sector companies and white collared criminals disguised as aircraft designers & scientists have been committing a series of crime and indulging in corruption at the highest level of governance in India after the disintegration of the Soviet Union.
Read more of this interview.

Where to find Birendranath Upadhyay online 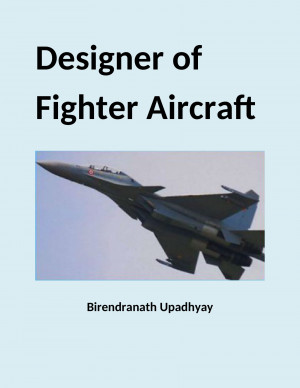 Designer of Fighter Aircraft, e-book authored by Birendranath upadhyay is a true story of corruption in military and civil aviation of India.

You have subscribed to Smashwords Alerts new release notifications for Birendranath Upadhyay.

You can also sign-up to receive email notifications whenever Birendranath Upadhyay releases a new book.