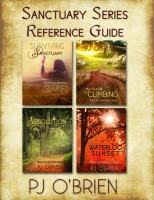 It would not be fully truthful to say that the author was challenged to write a genre-bending mystery after losing an argument with ducks about the inevitability of violence. But it wouldn’t be fully false either.

O'Brien, a somewhat optimistic rurally-raised resident of a US city infamous for its violence and hopelessness, decided to test a theory. After inventing a country devoted entirely to fairness and peace, she added characters that had to abide by the framework of their culture. They were given horrors that plague real people and were allowed to respond as they saw fit. They had only to be true to their culture, retain essential elements of modern humanity, and be charming when not dealing with threats that could potentially end the world as they knew it.

After four books, they felt they had fully addressed the most essential questions of suffering, violence, love, and happiness, and still retain their sense of humor. And did they? That’s for you and the ducks to decide.

Are the Sanctuary books a series of stories or one continuous narrative?
It could be considered either or both. The Sanctuary series began in 2001 as a spontaneous open-ended story told electronically to a very small group of people. It was meant to be soporific: a grown-up version of bedtime tales during a time of chronic insomnia-producing anxiety. I added to it for over ten years, weaving in requests and responses as any bedtime storyteller would. Over time, readership expanded beyond those I knew, and emailing new installments in response to requests was no longer practical. I experimented with a variety of ways for new readers to have access to what went on before and settled on dividing it into separate books when printed versions were still an option. But when I ultimately put the whole set of stories to bed years later, I tied all the major subplots together, so it could be considered an integrated narrative. I wouldn't try to read it all at once, though.
Are you trying to promote polyamory or group marriage?
This is the question I’m asked most often, along with a similar one: are you in a group marriage? The answer to both is no. The series was not intended to promote anything other than a good night’s sleep and ways to discuss divisive issues in a different way.

I heard frequent arguments about what a marriage or family should be when I was first telling the stories, so these questions became part of the culture and setting when mapping out how Sanctuary would be different from any other nation or culture that I knew of. Marriages of multiple spouses are uncommon, and those where both genders are represented with equal numbers and equal power are even more so. And while there are certainly cultural and economic pressures to marry in the modern world, I didn’t know of any location where there was a legal requirement to be married, with a forced assignment made to spouses if one refused. (Sadly, forced marriages probably do take place in some parts of the world even today, but I suspect it’s a cultural pressure and no longer in the legal code. I am open to learning more about that, however.) Once I had the bare outlines of a unique approach to marriage, I could see how it might under-gird a society where there were few resources, but a determination to maintain peace among people and their families.

The Sanctuary marriage model necessarily leads to family alliances and collaboration that shift over time. A lot of drama naturally emerges, but tenderness and comic relief do, too. Even if it doesn’t inspire musing as to why one’s cultures and perspectives evolved the way they did – and what the reader’s life might be like if things were totally different – my hope is that it might provide a distraction from everyday worries and entertain with something a little off the beaten path.
Read more of this interview.

Where to find PJ O'Brien online 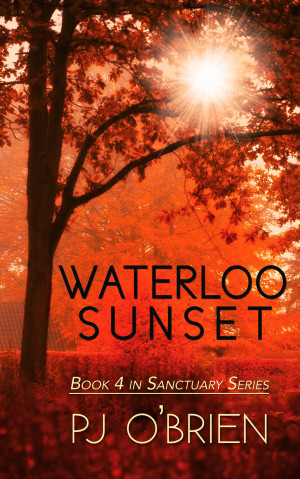 Waterloo Sunset: Book 4 in Sanctuary Series by PJ O'Brien
Price: $4.50 USD. Words: 438,880. Language: English. Published: May 8, 2020. Categories: Fiction » Literature » Literary, Fiction » Fantasy » Epic
In this finale of the Sanctuary series, the cousins investigate the death of a young woman, cross international borders to rescue family members, keep their country from disintegrating, and figure out ways to live happily ever after. 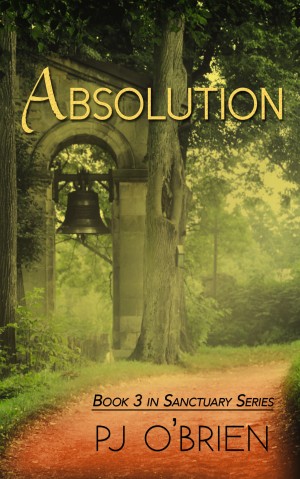 Absolution: Sanctuary Book 3 by PJ O'Brien
Price: $4.25 USD. Words: 456,820. Language: English. Published: January 18, 2015. Categories: Fiction » Mashups, Fiction » Science fiction » Utopias & dystopias
In Book 3 of the series, the prosecutions relating to the coup attempt are winding down. Civil liberties are restored and there is a renewed movement to end mandatory marriage and abolish the monarchy. Master Tehv, the son of the assassinated king, leaves the palace to assist at his uncle’s training camp for the kinetically uncoordinated. His cousin busies himself tracking a mysterious stranger. 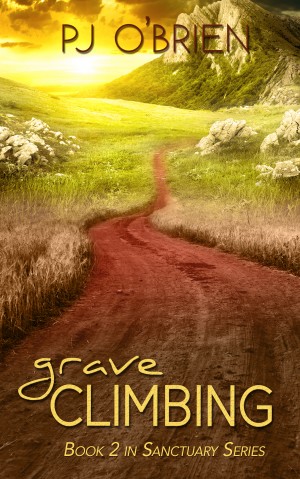 Grave-climbing: Sanctuary Series Book 2 by PJ O'Brien
Price: $4.50 USD. Words: 531,200. Language: English. Published: January 11, 2015. Categories: Fiction » Visionary & metaphysical, Fiction » Fantasy » Epic
"Grave-Climbing" continues from where "Surviving Sanctuary" left off. Violence erupts once again in a land that has forbidden it. As tensions rise, a university professor is suspected of destroying historical records, a father is pressured to cut ties to a beloved daughter who has eloped, and an otherwise rational young man worries that his new wife’s seizures are of a diabolic origin. 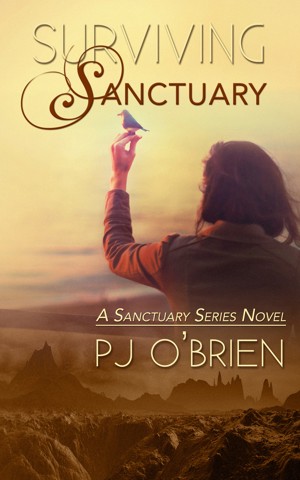 On a spring evening in 1982, a thousand people are killed in Sanctuary, a country founded by genocide survivors and devoted to pacifism. Decades later, Brian, a congenial and underemployed American, goes there to look for the sister of a former girlfriend who disappeared while visiting there. As he looks for clues and tries not to marry anyone accidentally, he learns he may be a target too.

You have subscribed to alerts for PJ O'Brien.

You have been added to PJ O'Brien's favorite list.

You can also sign-up to receive email notifications whenever PJ O'Brien releases a new book.